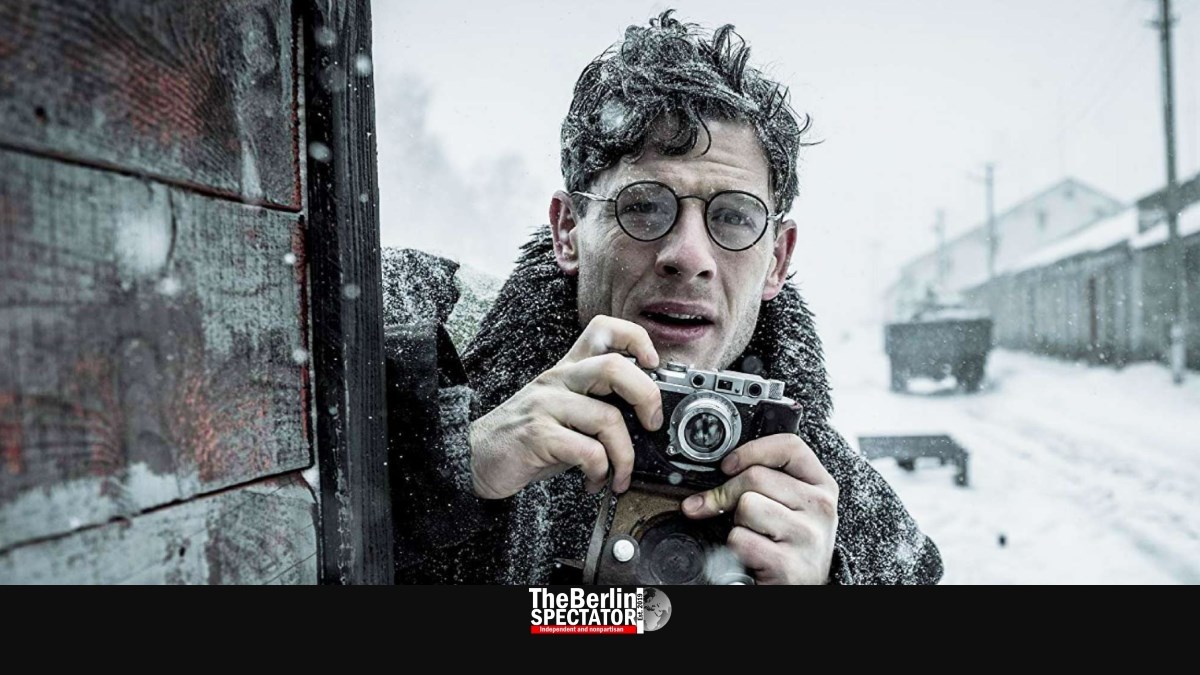 The Berlinale is a marathon. Germany’s most important film festival is basically the combined equivalent of the Academy Awards, the Golden Globes and the Sundance Film Festival, all in one. Yes, things are happening on this side of the puddle too.

Countless guests of the huge event are already filling the VIP lounges at both Berlin airports, and the room services at the most elegant hotels are most likely working overtime.

The festival started on Thursday. It is complex, with many rubrics, meaning the whole thing is not only about the main candidates for the Golden Bear and the Silver Bear. They include interesting entries from China, Mongolia, Macedonia, France and the U.S.. Here they are.

The cultural revolution is on in China. A prisoner and an orphan girl are in the desert. They do not know each other, but are forced to team up in order to be able to go through their individual struggles. The trailer available on some movie websites promises a cinematography which deserves that label.

In a village, a priest throws a wooden cross into a river. Any man who retrieves it will have good fortune for a year. But when Petrunija brings the cross ashore, the village is overexerted.

Muriel’s grandson Alex comes to spend a few days at home before leaving to live in Canada. She soon discovers that he lied to her. Alex is preparing for another life. Muriel needs to react quickly.

None other than Sydney Pollack shot this film about the late Aretha Franklin in Los Angeles in 1972. Due to a technical problem, it stayed in the shelf until it was finally digitally rendered. The stunning outcome seems like time travel.

The business consultant Lola has an excellent career. Nobody knows her family’s history of psychological illnesses. When Lola is forced to help her sister Conny, she is about to lose her grip.

Two married couples are being portrayed in this film. They are living through the times of the revolutionary economic reforms between 1980 and the present. Families, friendships, love and fate change with the tide of history.

This Spanish entry tells the stunning true story of two women who fell in love in Galicia in 1910. They want to formalize their love in an environment hostile to homosexuals. So Elisa becomes Mario. This Netflix production is yet another strong contender for a Bear.

Fritz Honka, a serial killer lives a life of alcohol abuse, sex and social neglect. All of it combined makes him commit horrible crimes. This German production is based on a novel by Heinz Strunk.

Alexandre lives in Lyon with his wife and children. One day, he discovers that the priest who abused him at the boy scouts always deals with children. Therefore, Alexandre puts up a fight against evil.

Agnès Varda, the Belgian filmmaker, photographer and installation artist is 90 years old today. She is an important player in the world of modern film and one of the leading female directors. This entry tells her story.

This American movie portrays one of the most interesting top politicians of recent times: Dick Cheney, the former Vice President under George W. Bush, who had far more power than anyone who filled the VP position before him.

Trond is 67 years old and lives alone. In 1999, he is looking forward to enter the new millennium on his own. But then he notices he has a neighbor he got to know in the summer of 1948, when he was 15 years old.

This German motion picture is about a 13-year-old boy who suddenly disappears for a week. His parents and teachers can only speculate what made him disappear. It might have been his father’s death.

‘The Kindness of Strangers’ (Denmark)

Clara and her sons arrive in New York City. She is fleeing from her abusive husband, who is a cop. When her car gets towed away, she is in trouble because that is where they sleep. Alice, a nurse, helps them.

Benni’s name is Bernadette, but nobody is allowed to use her real name. She is a ‘system crusher’, meaning she will be kicked out of any new home she gets. Her mother Bianca is afraid of her daughter.

An Israeli arrives in Paris with his trusted Franco-Hebrew dictionary.

In Irénée-les-Neiges, a tiny village in Canada’s Quebec province, a young man dies in a car crash. The inhabitants do not want to talk about the incident and try to forget it. Then they notice the evil is in the village.

In Naples, a gang of heavily armed teenagers work for a gangster boss.

Rachel, a Mossad agent attends her father’s funeral in London and disappears. The only trace is a coded message on an answering machine.

In the Mongolian steppe, a dead woman is found. A young, unexperienced police officer is supposed to protect the crime scene over night. A female shepherd who knows how to scare away wolves is supposed to help him.

This motion picture is the true story of an investigative reporter from England who travels to the Soviet Union in order to uncover and international conspiracy.

Carlos Marighella was a Marxist, author, politician and guerilla fighter who was killed by Brazil’s military junta in 1969. This motion picture is based on the book ‘Marighella – The Warrior Who Burnt Down The World’ by Mário Magalhães.

In the 1980-s, three sisters from a poor village in Anatolia are being sent to foster parents because they are supposed to lead better lives than their parents.