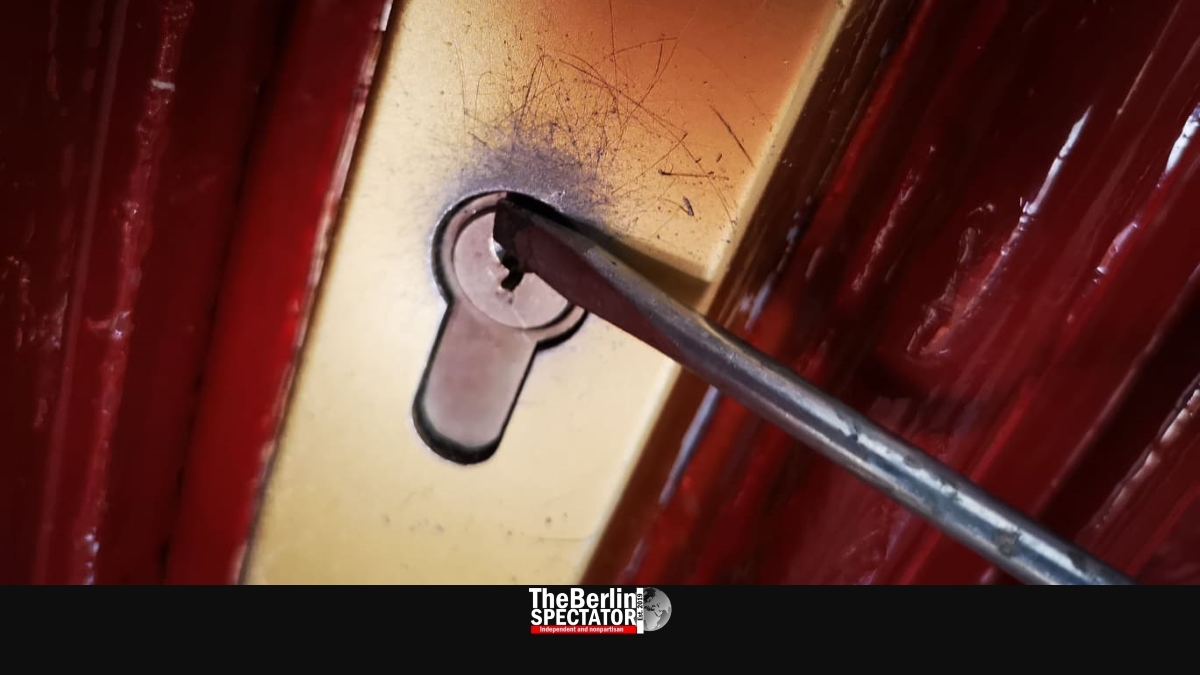 In 2018, the number of burglaries in the Federal Republic of Germany has dropped to the lowest level since the country’s reunification. The overall number of criminal offenses decreased as well, the German-language ‘Welt’ daily reported. On Tuesday, Horst Seehofer, Germany’s Minister of the Interior, will introduce the official crime statistics for last year. The ‘Welt’ obtained an advance copy.

A total of 5.55 million crimes were committed in Germany last year, some 200,000 less than in 2017. The development in the countries 16 federal states differs substantially. Bavaria is the only province in which the number of criminal offenses increased. This is a remarkable aspect because it is being ruled by a coalition headed by the conservative CSU, which keeps on naming law and order a top priority and tends to criticize other federal states for not doing enough against crime.

There was hardly any change in the tiny Saarland. But in all other German provinces, the number of offenses decreased. In Saxony it dropped by 13.7 percent, in Bremen by 8.2, in North Rhine Westphalia by 6.6, in Saxony-Anhalt by 5.9 and in Lower Saxony by 3.7 percent.

In all other federal states, including city states like Berlin or Hamburg, the number of criminal offenses decreased by percentages lower than the overall decrease in Germany, which was 3.6 percent, according to the ‘Welt’.

The decrease of crimes is related to many aspects, including successes the German police had in fighting theft. One third of all offenses are part of this category. As it turns out, the number of car theft cases dropped by 9.1 percent, bike theft by 2.7 and pickpocketing by 18.2 percent.

In the area of burglaries, the largest decrease was registered. For the first time ever, the number of break and entry cases in reunited Germany fell below the 100,000 mark to exactly 97,504 cases. This is a huge drop of 16.3 percent compared to the year 2017. Police have been fighting Eastern European gangs specialized in burglaries a lot. This approach might have lead to the big decrease.

But there are certain kinds of crimes the numbers of which increased in 2018. This applies to fuel theft at gas stations. Drug-related crimes rose by well over 6 percent. The most alarming development is a sharp increase in cases of obstructing police officers in the performance of their duties. Those rose by 39.9 percent. But in part, this substantial rise is connected to related laws which were recently amended.

Criminal offenses related to computers and the Internet increased as well. These include cases of hackers gaining access into companies’ and the government’s systems.