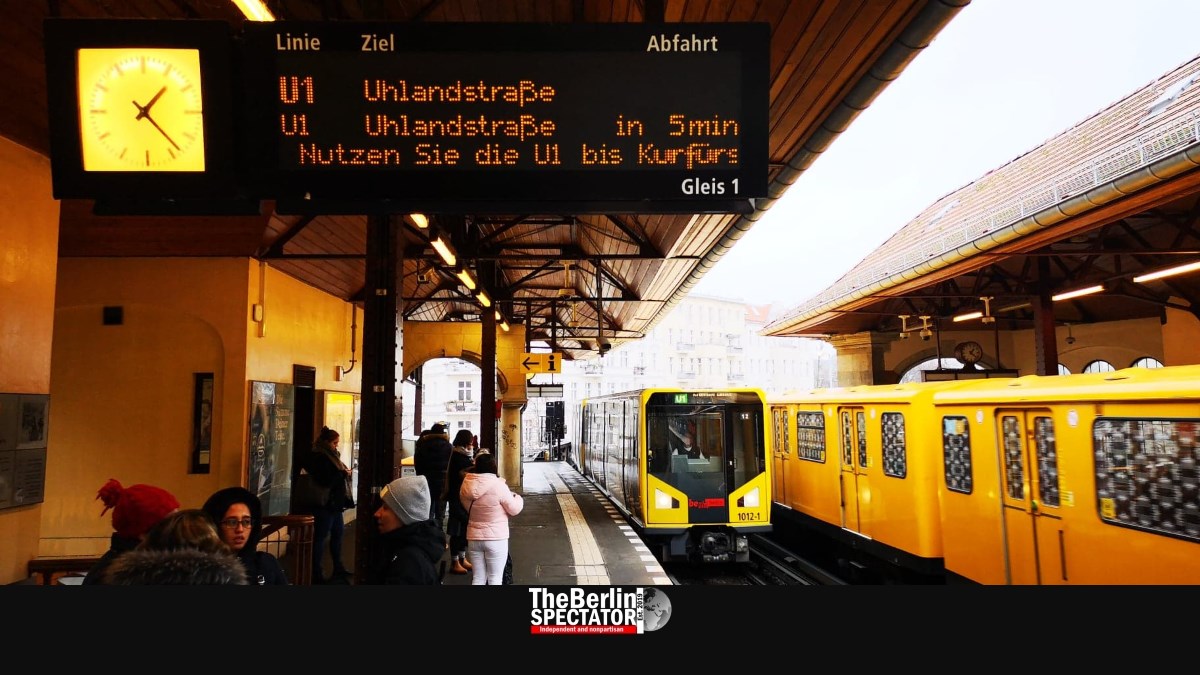 This year, the BVG is celebrating its 90th birthday. Berlin’s main public transport provider was founded in 1929. The state-owned company became part of Germany’s recent history, including its most terrible part, meaning the Third Reich.

It also swallowed the public transport system of East Berlin after the reunification. Mainly, the BVG makes people move. They do so at 5:00 a.m.. They take party people home even earlier than that. And they add a big portion of yellow to the urban image of Berlin.

In its German-language magazine, a free print publication offered to the millions of passengers, the BVG just spread interesting numbers.

According to those, Berliners have the choice between as many as 1182 ticket machines and 3,692 ticket validation machines. Those who purchased their tickets already usually stare at one of 8995 digital display boards, in order to find out when the next bus, U-Bahn train or tram will show up.

The total length of all tracks combined is 825 kilometers (513 miles). 1677 switches are just enough to keep things organized. The BVG’s tracks in tunnels add up to 295 kilometers (183 miles).

How do 1440 buses sound? Two of them are electric vehicles. Those are being tested as we speak, before another 28 of them hit the city’s streets. This is the beginning of the end of the Diesel era. Exactly 383 double decker buses are part of this rather big fleet.

On top of all of the above, the BVG runs six ferry lines. No extra tickets are required for their use.

Yes, they also have devices which move up and down, namely 165 elevators and 364 escalators. If all of those were stacked, passengers would probably reach Jupiter. Happy birthday, BVG.