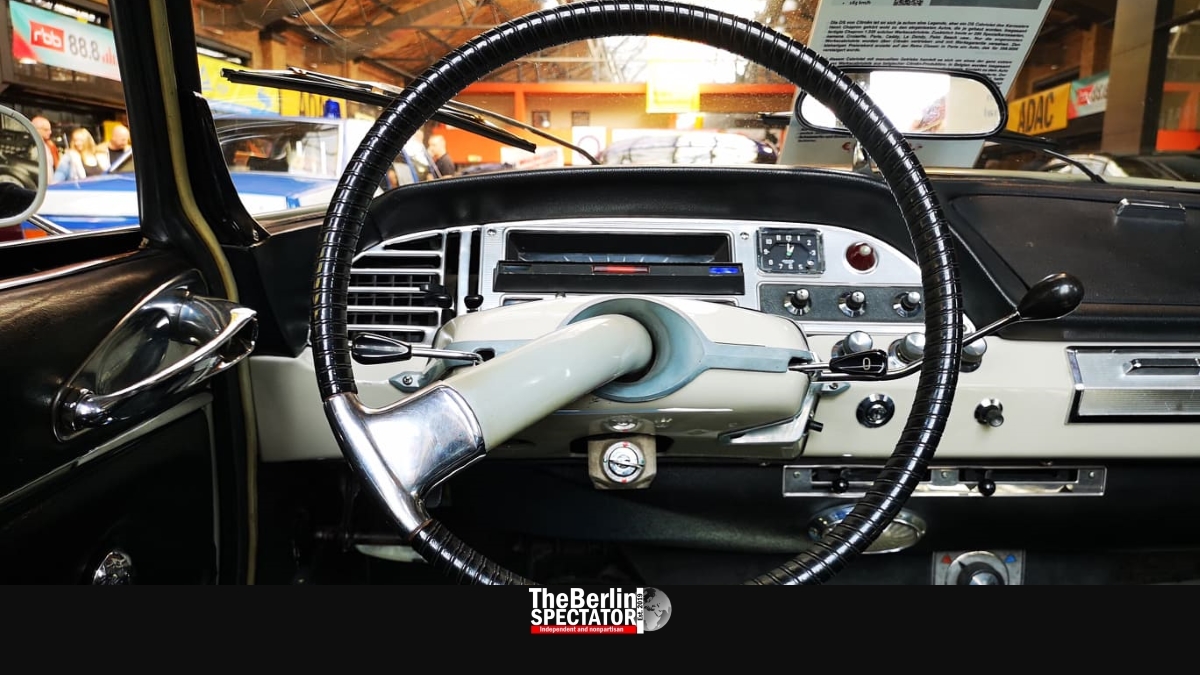 The Germans are trying to reinvent the English language. Cell phones are “Handys”. Vintage vehicles are “Oldtimers”. That is why the ‘Oldtimertage‘ are taking place in the northern part of Berlin’s Charlottenburg borough this weekend. But let’s call them the ‘Vintage Vehicle Days’.

Some of the most sexy automobiles on the face of the Earth can be admired, photographed and even purchased there. But dozens of antique car owners just went to show off their treasures on wheels, which they would never give away.

There were lots of Volkswagen Beetles of different kinds. The oldest one present on Saturday morning was a stunning, well-kept 1969 model. It looked like it was taken right from the assembly plant. There were a Mexico model Beetle, Rallye Beetles and loads of other bugs.

Melkus is a German brand hardly anyone knows. This family-owned company started building the GDR’s only sports car in 1969, the Melkus RS1000. A visitor who sounded like an expert told this publication the Eastern German developers had managed to accelerate these very light vehicles to 210 kilometers per hour (130 mph) using three-cycle engines. Two Melkus racers are being exhibited at the event.

Some of the most impressive cars ever are on display too. Those include the Peugeot 202, which was manufactured between 1938 and 1942. Peugeot hid the model’s headlights behind the radiator grill, which is an unconventional approach, to say the least. The spartan dashboard is a great sight.

It’s time to mention another beauty, the most stunning one of them all. The Citroën DS was ahead of its time when it was built between 1955 and 1975. In some ways, including its design, it still is today. One rare DS Convertible is on display at Berlin’s ‘Vintage Vehicle Days’ (main photo at top of page shows the DS’ steering wheel and dashboard). DS stands for “déesse” in French, which means goddess.

Sure, having a star on the front tip of your hood feels good. Countless vintage Mercedes are being exhibited in Charlottenburg, including the most impressive S-Class of them all. Built from 1972 to 1980, the W116 series was probably the best vehicle in the world. It was also one of the most sexy ones. Two of them were spotted at the event this morning.

Is beauty in the eyes of the beholder? If yes, that huge Buick Roadmaster, built in the late 1970-s was part of this category. So was the 1936 Fiat 500 Topolino. Let’s not even mention the 1957 Opel ‘Kapitän’, its younger brothers and most other vehicles on display.