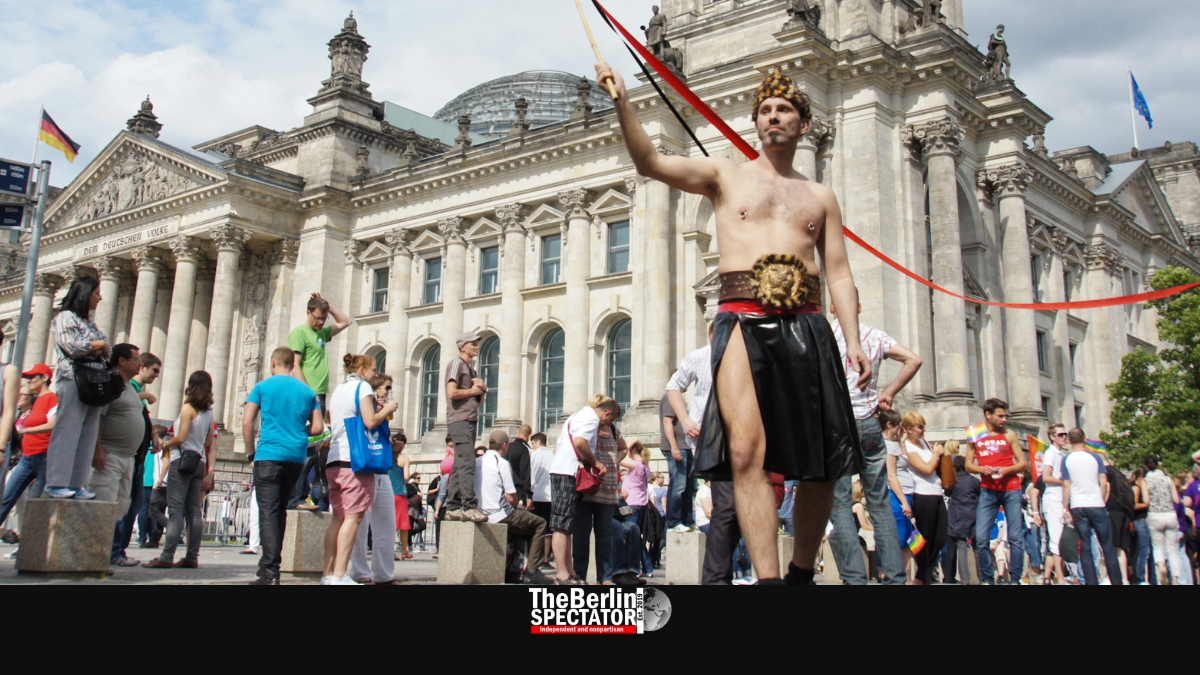 In Berlin, Christopher Street Day (CSD) will attract hundreds of thousands of participants this coming Saturday. This year’s rally is dedicated to individuals who fought for equal rights in history, including those present during the Stonewall incident fifty years ago, during which police in New York City brutally raided the gay pub ‘Stonewall Inn’ on June 27th, 1969.

After the raid, gays, lesbians and transsexuals protested against police violence. Their dedication, half a century ago, is symbolic for the ongoing fight against intolerance and homophobia, which has since lead to many successes in the United States and Western European countries. Only this year, the Police Commissioner of New York City, Jimmy O’Neill Jr., apologized for the violence.

This year’s CSD in Berlin is also dedicated to the memory of iconic figures in the struggle. They include Karl-Heinrich Ulrichs, a German lawyer who lived from 1825 to 1895. He is being seen as a pioneer in the gay rights movement. The American writer and civil rights activist Audre Lorde was another prominent participant. She too is among five personalities who will be honored.

Up to 1 Million Participants

In 2018, some 600,000 members of the LGBTI community rallied in Berlin. This time around, the organizers are expecting anywhere from half a million to a million demonstrators.

Some believe, the traditional CSD rallies are dominated by men, which is why there is competition by now. On Friday, the Dyke March will put lesbians into the center of the fight for equal rights. For Saturday, the day the CSD takes place, a separate so-called Radical Queer March was announced.

Six demands are connected to Christoper Street Day in Berlin this year:

Since the days of Karl-Heinrich Ulrichs, the LGBTI movement in Germany has achieved a lot. The last big milestone was the legalization of same-sex marriage, which was approved by the Berlin Bundestag as recently as two years ago, on June 30th, 2017.

From ‘Kurfürstendamm’ to the Victory Column

In certain Eastern European countries, things look very different. Those include Bulgaria, where not a single government member or MP has ever supported the LGBTI community. At the annual ‘Sofia Pride’ parades in the capital, the ambassadors of the U.S., Israel and Western European countries always show solidarity, while the government makes a point of ignoring this minority. And this is only the tip of the iceberg.

But in Berlin, many office and municipality buildings carry rainbow flags these days, as symbols for solidarity.

Berlin’s Christopher Street Day 2019 will commence on Saturday, July 27th at noon in the city center, at the intersection of ‘Kurfürstendamm’ and ‘Joachimsthaler Straße’. After a few speeches on site, the rally will move to Brandenburg Gate via ‘Wittenbergplatz’, ‘Nollendorfplatz’ and the Victory Column (‘Siegessäule’) at ‘Tiergarten’. The closing rally is scheduled for 4:00 p.m..

CSD processions are scheduled in many other German cities too. In some, such as Cologne, Hanover, Frankfurt am Main and Munich, they have already passed. The one in Hamburg will take place on August 3rd and Stuttgart’s CSD on Sunday, July 28th.