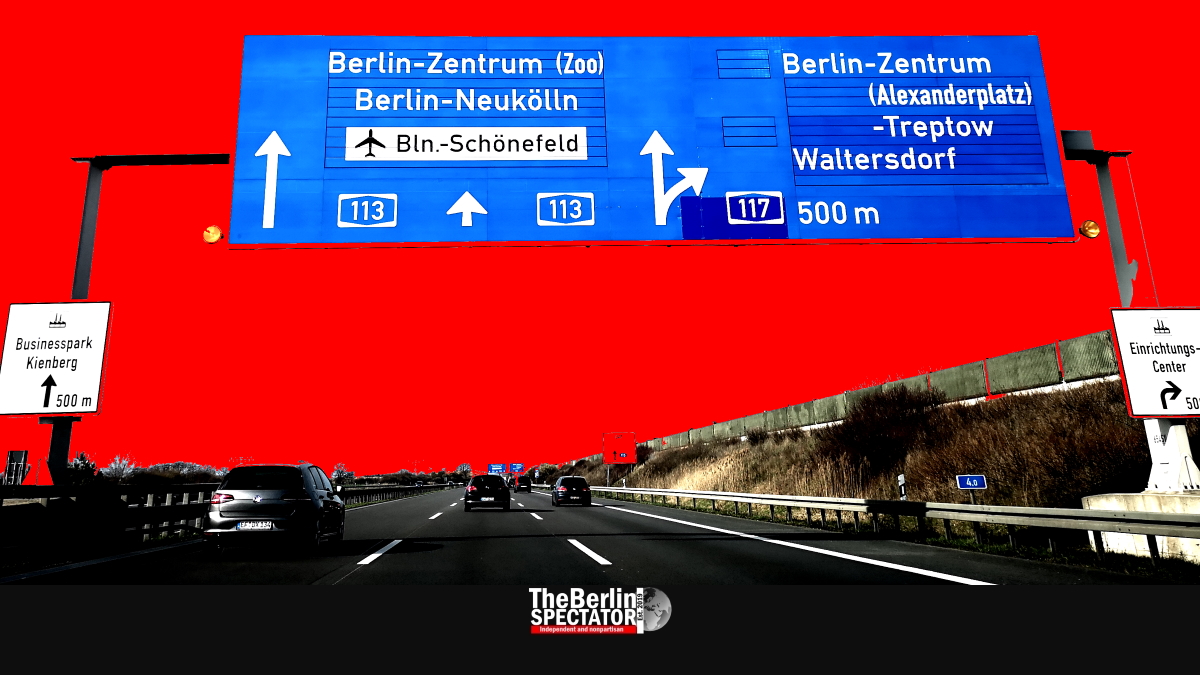 Hell has changed its jurisdiction. The devil is now in charge of Germany’s Autobahn network and will create gigantic traffic jams. That is because two large provinces, Bavaria and Baden-Wuerttemberg, just started their summer vacation, while it’s back to school in Berlin.

Scandinavian holiday makers will be going back to their home countries from southern Europe. What country will they be travelling through? Germany. On top of it all, the Dutch are heading south because some of them are just about to start their summer vacations.

Potato Chips in the Traffic Jam

Something is hitting the fan on the Autobahn. That’s for sure. The General German Automobile Association (ADAC) is already sounding the alarm. They are worried about people on their way home who might be standing in colossal traffic jams for hours, munching potato chips while not moving an inch.

The fact that the weather will not exactly be cold is another issue, at least for people with small children and pets who do not drive a Rolls-Royce with a fancy A/C. Apart from carrying a lot of water, driving into the night or in the early morning does help a little.

The ADAC says leaving the Autobahn and using regular highways (‘Bundesstrassen’ or ‘Bundesstraßen’ with the weird letter ‘ß’) does not make much sense, unless the congestion is more than 10 kilometers (6 miles) long, or in cases in which the Autobahn is blocked due to accidents. Many drivers will try to do so anyway, meaning the situation on smaller roads might be even worse.

The Ferry to Denmark

After all of those bad news we are now getting to the highlight of this groundbreaking column. It’s time for the specifics. Here we go: According to the ADAC, all roads to the North Sea and the Baltic Sea will be crowded as hell. The same applies to Autobahn A1 from Bremen to Puttgarden, where the ferry to Rødby leaves.

Standing there, on the Autobahn, for hours and hours, will pretty much use up all the rest and relaxation people accumulated in Bordeaux, Barcelona, the Black Forest, Bern, Basilicata or Budapest. It will be down the drain. But c’est la vie.