Germany: Neo-Nazi Murders Two in Front of Synagogue in Halle 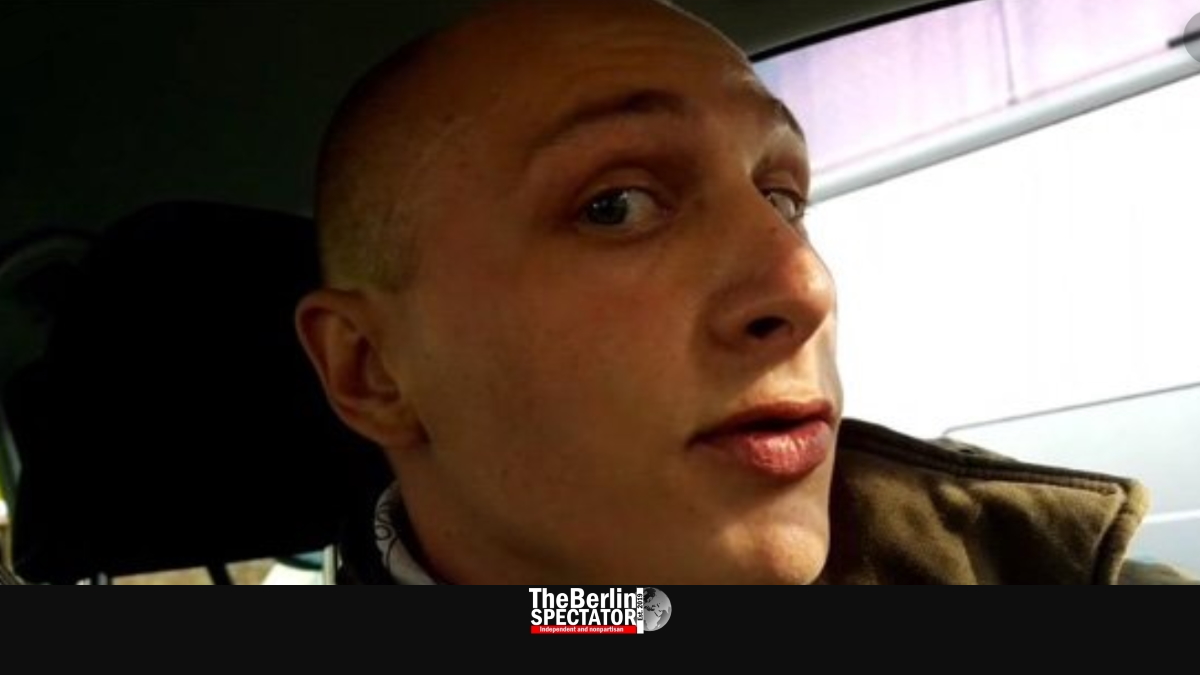 Updated October 10th, 08:09 a.m.. Two people were shot dead in the eastern German city of Halle today in what apparently was a terror attack directed against a synagogue. At least two were seriously injured. The attacker, who later was arrested according to local police, tried to get into the Synagogue of Halle, witnesses said.

On Yom Kippur, the Jewish Day of Atonement, the synagogue was full of worshipers, German-language media reported. It seems the attacker did not manage to open the door to the temple due to its high security standard. When the culprit noticed he could not enter, he shot a man in a Turkish fast food place and a lady outside, using a self-built gun.

The town of Halle is part of the province of Saxony-Anhalt. When the shooting started in the afternoon, the authorities told residents to stay indoors until the situation was under control. At that moment the authorities did not know a single culprit had committed the murders. They were looking for at least one accomplice.

What looks like a terror attack was planned and had an antisemitic background. Had the suspected murderer been able to open the synagogue door, he likely would have created a much bigger bloodbath. German media say, around 80 congregation members were celebrating the highest Jewish holiday at the time of the attack.

At this stage it is unclear who the murdered victims are. But the attacker is a known neo-Nazi by the name of Stephan Balliet. It turns out he filmed his crime. German media reported he was a loner who did not have many friends. Before murdering the two people he blamed “the Jew” for “all problems” in a live stream and said the Holocaust had never happened.

German media reported the shooter had placed explosive charges at the Halle synagogue as well. More shots were reportedly fired in Landsberg, a town located 16 kilometers (10 miles) from Halle.

Because of the terror attack, the police protection for synagogues all over Germany was intensified on Wednesday. Almost all Jewish facilities, including schools and synagogues, need this kind of protection because antisemitism is on the rise, 74 years after Nazi Germany was defeated.

Early on, state ministers in Saxony-Anhalt said they believed the attack had an antisemitic background. In Berlin, Chancellor Angela Merkel was briefed on the situation by Interior Minister Horst Seehofer. Her spokesman Steffen Seibert said Merkel had offered her condolences to the next of kin of the victims. The Chancellor appeared at a spontaneous memorial event in front of a Berlin Synagogue in the late evening.

Reactions from Brussels and the U.N.

The terrorist was wearing riot gear including a helmet, witnesses said. A video clip on the internet shows a man who fits the description. He seemed to be shooting at people while walking around a car. It may have been the moment at which he shot a woman who had complained to him about the noise he was creating while riding by on a bicycle. The shooter was later injured when police shot at him. He was apprehended a bit later on a rural road.

“I am shocked by the brutal attacks in Halle.” This is how the outgoing President of the European Commission, Jean-Claude Juncker, reacted to the terrible news from Halle. “My thoughts and prayers are with the families and friends of the victims. On this day, we stand in solidarity with the Jewish community”, Juncker stated.

António Guterres, the Secretary General of the United Nations strongly condemned the Halle attack. A statement said Guterres regarded this as “yet another tragic demonstration of antisemitism – perpetrated on the holy day of Yom Kippur”. Antisemitism needed to be fought “with the utmost determination”.

In a television interview, the President of the Central Council of Jews in Germany, Josef Schuster, said the attack was the kind of development his organization had warned the country about. In the past months, there had been a “drift off into far-right extremism”.

Schuster criticized the absence of police in front of the synagogue in Halle, saying had there been officers they likely would have been able to thwart the attack on the Turkish fast food place. In this case only the secure door had prevented a direct attack on members of the Jewish congregation. In a statement the Central Council sent out in the late evening, the absence of police at the Synagogue of Halle was called “scandalous”.

After the Halle attack, the Union of Jewish Students (JSUD) in Germany demanded “more persistent dealings with right-wing extremism” and more through investigations into incitement of hatred. Ruben Gerczikow, a board member of JSUD, said users of social media or Telegram groups who called for violence needed to be observed and prosecuted.

In Berlin, Interior Senator Andreas Geisel condemned the murders: “An attack like this one is also an attack on our free society. We are obliged to make sure security is as good as it can be.” Geisel said in coordination with the Jewish congregations he had ordered to tighten security further at Jewish facilities in Berlin, until further notice.

The President of the World Jewish Congress Ronald Lauder said unfortunately “the time has come when all Jewish places of worship and Jewish communal sites need to have enhanced round-the-clock security provided by state security services” in Germany. “Now we need action not words”, Lauder said in a statement.

On Thursday morning, a large number of police officers left Landsberg. They had been put on alert after yesterday’s shootings. Hours after the crimes residents were told to stay indoors. In the meantime, Facebook and other social media announced they would stop Stephan Balliet live video from spreading further.

Germany’s Interior Minister Horst Seehofer announced, he would visit Halle after the murders. President Frank Walter Steinmeier is expected to appear in front of the town’s synagogue later today as well. Residents in Halle have placed flowers in front of the Jewish temple.