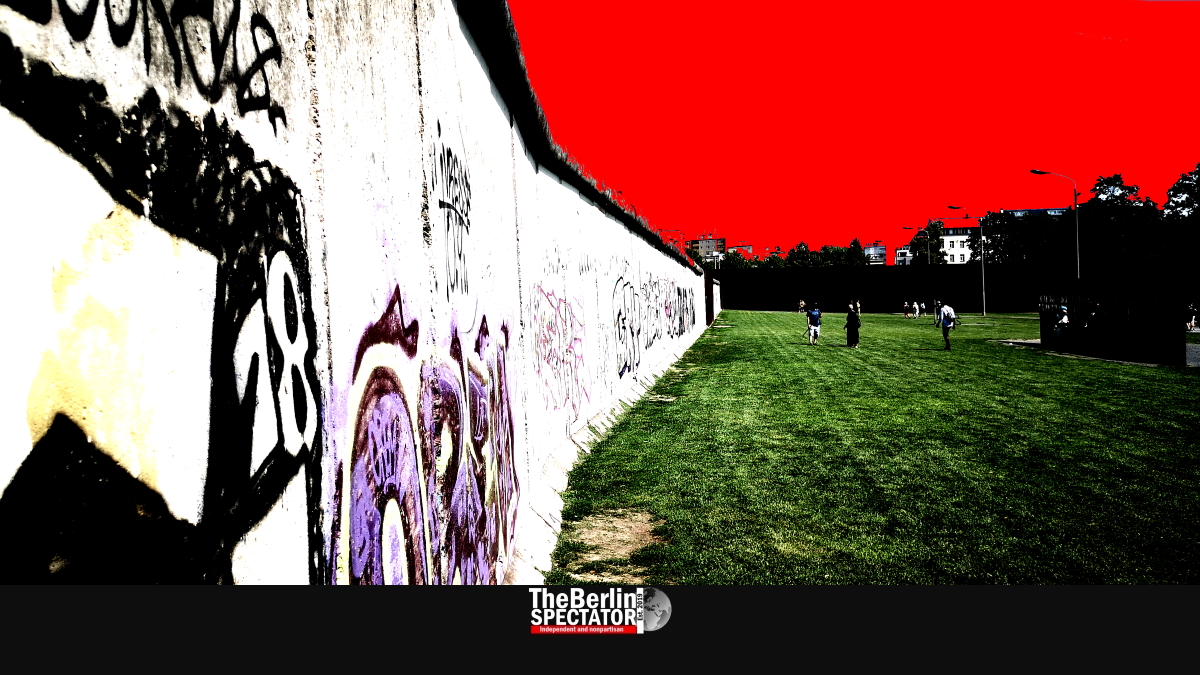 At seven authentic locations, Berlin would be converted into a large open air exhibition and event site, a statement by the state-owned cultural organisation ‘Kulturprojekte Berlin’ read. According to the announcement, there will be more than 200 events, seven exhibitions and several 3D video projections on buildings.

Also there will be “30,000 floating messages”. They are a big art installation created by Patrick Shearn from Los Angeles. It will commemorate those who stood up to the GDR’s dictatorship in 1989 by roaming the streets and bringing down the Berlin Wall in the peaceful revolution.

“It is very impressive to see how many very different players of Berlin’s cultural world will participate in the festival week”, Berlin’s Senator of Culture, Klaus Lederer, said. There would be a lot to experience during the diverse program of the festival, including “a subversive GDR Punk band” and a “dignified music ensemble”, Lederer announced.

Musicals acts, light performances and acting will be part of the big event, as well as talks with former civil rights activists from the GDR. The artists involved will perform in front of a ‘video dome’, which will serve as “a central projection surface”. Afterwards, a giant party in 27 Berlin clubs will make people dance.

The Berlin House of Representatives has organized several cultural and other events as well. They include exhibitions, guided tours, movies, workshops and discussions, as well as a ceremonial act. One of the exhibitions already passed. The other one will last until November 20th.

The latter exhibition is entitled ‘Wall Pictures’. In front of the Berlin House of Representatives, private photographs of the Wall and the fall of the same are being shown, as well as other pictures.

On top of it all, the House will show ‘Tuesday Movies’. Of course they are all about the Wall, its fall, and life on both sides of it. The whole thing started with eight short films. One of them included countless pictures, one per second, taken from an apartment building in West Berlin of one in East Berlin. The Wall stands between them. This one’s title, ‘Ein-Blick’, is a word game which does not work in English.

Full length motion pictures will be screened, including ‘Der Himmel über Berlin’ by Wim Wenders, filmed in 1987. At that point nobody would have believed that the Wall would fall two years later.

An episode of the Eastern German detective series ‘Polizeiruf 11’, filmed in 1990, is part of the program too. This one is about a criminal who hides among protesters in the GDR. The star of the series, police officer Beck, gets into a “rethinking process”, like everyone else, shortly before the German reunification.

The peaceful revolution and the fall of the wall are also the subject of special guided tours in and around the House of Representatives building. People can register for those at the House itself. The same applies to photography tours for students.

A big ceremonial act at the House will follow on November 8th. This event concludes the festivities leading up to the actual anniversary on November 9th. In the meantime, President Frank-Walter Steinmeier is planning a series of discussion events, mostly for a small, exclusive audience.

The exhibitions and events organized by the Berlin House of Representatives are listed here (German only), while the official website for the ‘30th Anniversary of the Peaceful Revolution – Fall of the Berlin Wall‘ also has an English version which can be accessed here.