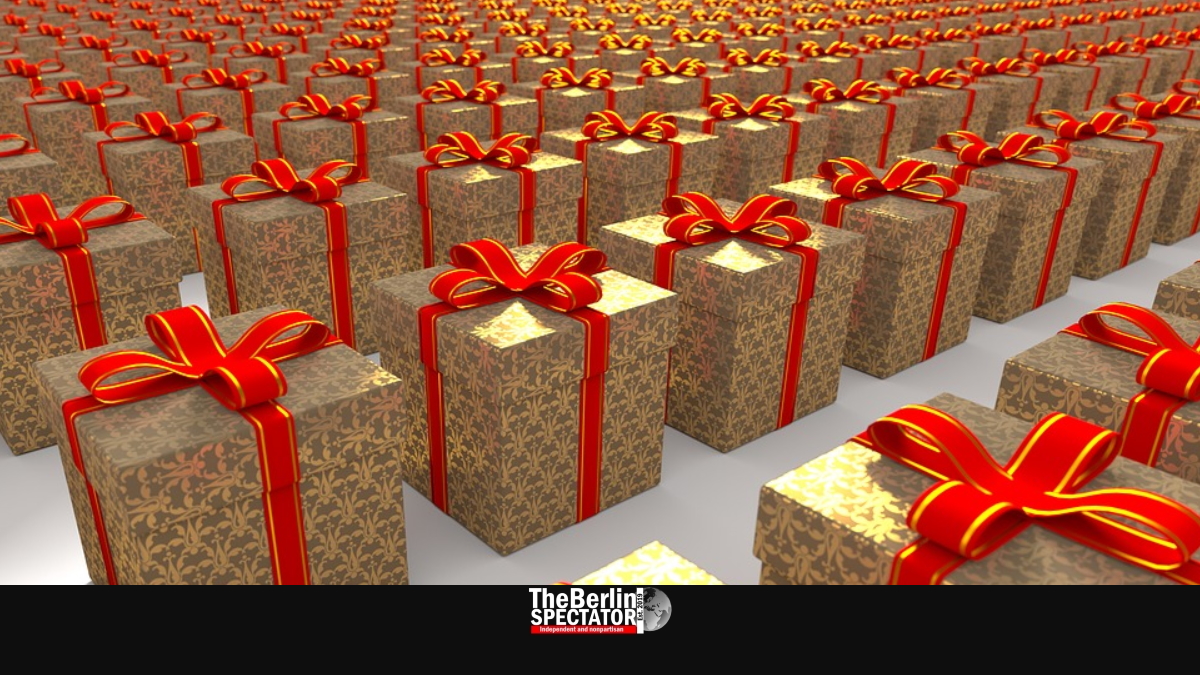 In Germany, many holiday shoppers are already gasping for air. They can hardly wait for Black Friday to commence. Three things are on their mind, namely bargains, bargains and bargains.

Throughout Germany, early bird Christmas shoppers seem to need to swallow some Valium. They are anxiously waiting for an an American invention called Black Friday, a day on which big stores of all kinds blow out their merchandise for extremely low prices. At least that is what they want to appear to be doing.

Sweaters in fashionable colors, sexy underwear, elegant ties, cool gaming consoles, shiny cutlery, polished shoes: There is hardly anything Germans would not give for Christmas. But the main aspects does not seem to be the giving part. Shopping is what it is all about.

On Black Friday, things will definitely be crazy in New York City, and 6381 kilometers (3965 miles) further east, across the Atlantic Ocean, in a city called Berlin. Christmas shoppers will definitely get up early on November 29th. They might even skip breakfast in order to be the first in line at H&M, at shops belonging to the German tech store chain Saturn or at any other large store.

That way they will have to punch less people, pull less hair and shout into less faces while trying to get the items the want. In spite of the fact that prices will drop even more after Christmas, when Germans usually exchange presents and buy a lot with the money they were given on Christmas Eve, things are usually pretty crazy on Black Friday. Of course the idea is to purchase presents before the big Christian holiday, and not afterwards.

Germans intend to spend a total of 18 billion Euro (20.3 billion U.S. Dollars or 15.9 billion Pounds Sterling) for Christmas presents this year, or 281 Euro (267 Dollars or 242 Pounds) per person. Quite a chunk of those amounts will be spent this coming Friday. The German Trade Association expects a turnover of 3.1 billion Euro (3.4 billion Dollars or 2.7 billion Pounds) for Black Friday alone.

In Berlin, countless shops even extended Black Friday to three days, meaning they will have what they call “special sales” on Thursday, Friday and Saturday. The Mall of Berlin announced a ‘Super Sale’, H&M offers a general 20 percent rebate on everything, and the Alexa mall mixed up the colors on purpose. It announced a ‘Golden Friday’ which sounds more expensive, but isn’t.

Galeries Lafayette even managed to convince the strict German authorities to give them the permission to open until midnight on Friday, when this business intends to sell a lot of winter fashion items. At East Side Mall, Berliners and tourists can max out their credit cards until 9:00 p.m. on the 29th. And Media Markt, another tech store chain, announced a ‘Red Friday’. Some variation can’t hurt, right?

Whoever thinks all the excitement will finally be over on Saturday is mistaken. Cyber Monday will be just around the corner. It is a Black Friday for online stores which will reload the hysteria, no doubt.