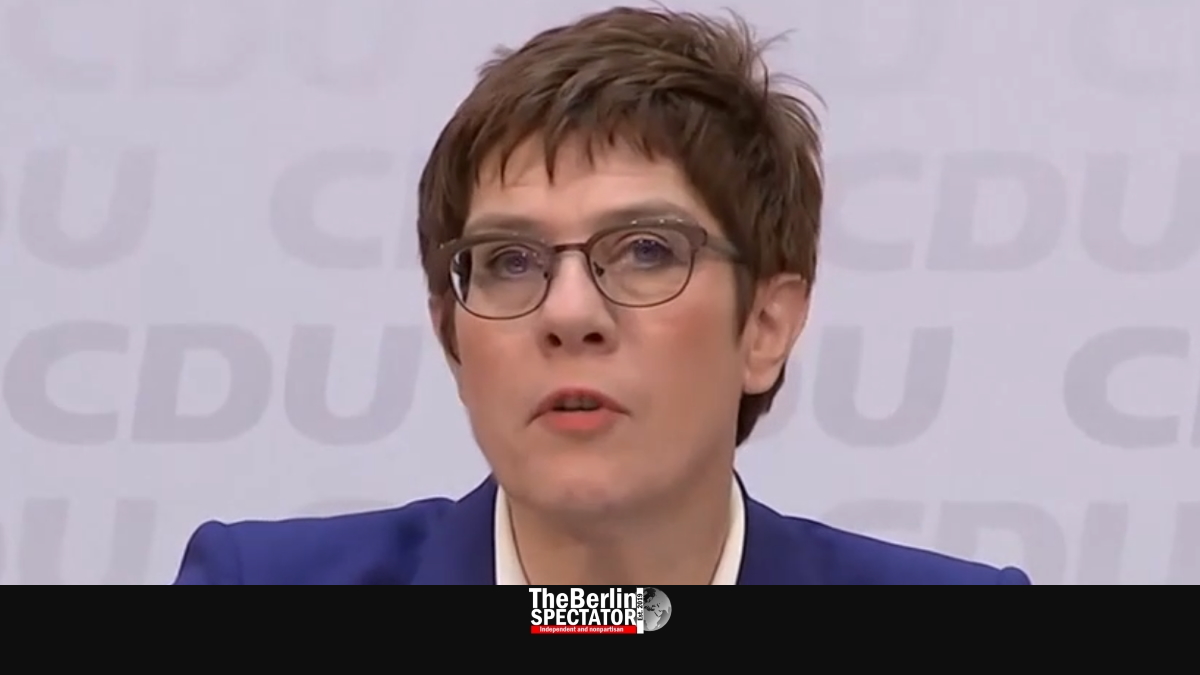 Annegret Kramp-Karrenbauer, also known as ‘AKK’, intends to step down from her post as the leader of Angela Merkel’s conservative party CDU. And she will not become the party’s candidate for the Chancellery.

The leader of Chancellor Angela Merkel’s CDU, Annegret Kramp-Karrenbauer, will not stay in that position much longer. At a press conference in Berlin, she said she would step down once her party would take a decision about its candidate for Chancellor at a party congress. She would not be that candidate.

‘AKK’ took this step a few days after she failed to assert herself when the political crisis in Thuringia began. She did not manage to make her own party colleagues in Erfurt refrain from any cooperation, whatsoever, with the extremist right-wing ‘AfD’ and was widely criticized by the press and by members of her own party in the past days.

Kramp-Karrenbauer used to be seen as Angela Merkel’s possible successor at the Chancellery. The Chancellor herself supported her candidacy as party secretary and for the party leadership. At the CDU’s party congress in December of 2018, ‘AKK’ defeated Friedrich Merz, a Merkel-foe who has wanted to lead the party and the country for a long time. He probably still does.

Apart from Merz, who has been pushed by some German media since he was defeated, Armin Laschet, the First Minister of North Rhine-Westphalia, might be another possible successor as party leader, observers believe. His Bavarian colleague Markus Söder, who seems to have leadership ambitions as well, cannot head the CDU because he is a member of its sister party CSU, and its leader. But he could become candidate for Chancellor.

Last week in Thuringia, the CDU and the radical ‘AfD’ had voted for the tiny FDP’s candidate for First Minister together. Thomas Kemmerich had accepted his election, but resigned last weekend after the matter had become a huge scandal. The FDP’s party chairman Christian Lindner has not announced his resignation, as opposed to ‘AKK’, in spite of his role in the scandal.

Many in Germany believe the ‘AfD’ is trying to damage the German democracy it does not seem to want. By ignoring its own candidate and voting for Kemmerich in Erfurt all of a sudden last Wednesday, the extremists had surprised the country. They seem to intend to do more damage in Thuringia, judging from statements by its leaders.

‘AKK’ is also Minister of Defense. In Berlin she said she would keep that job. Merkel, the CDU’s executive committee and its caucus at the Berlin Bundestag had told her they supported her in the ministry.