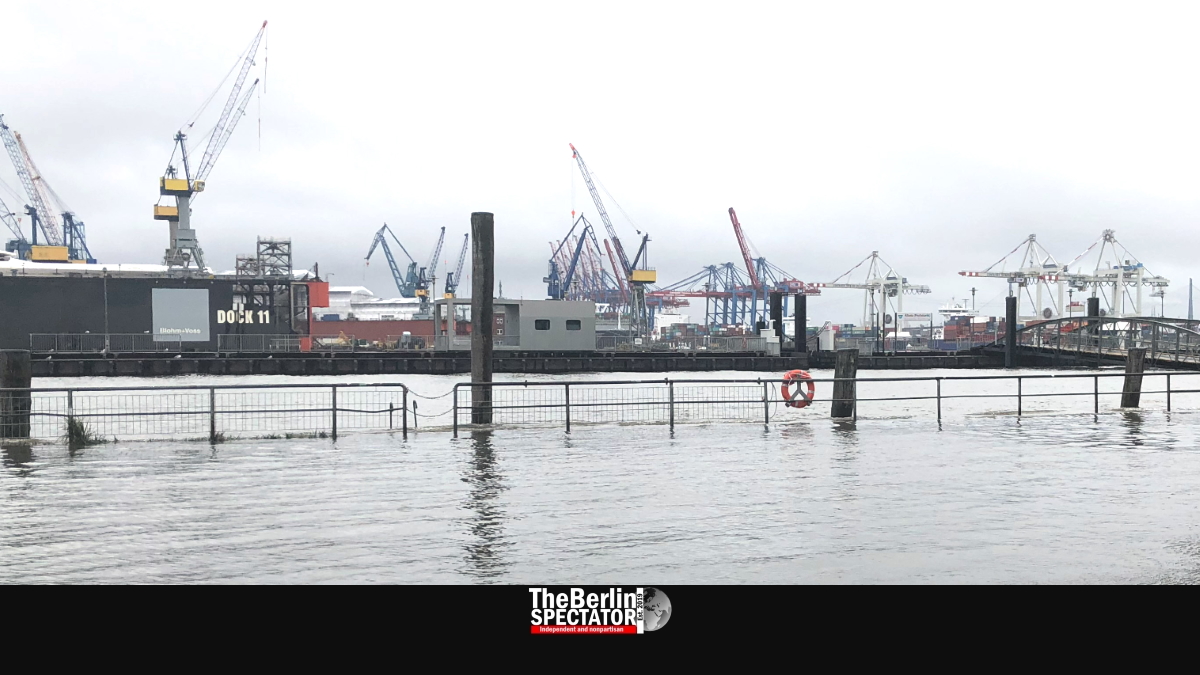 Six people died during the storm ‘Sabine’, or ‘Ciara’, in several European countries. In Germany, the damage does not seem to be quite as bad as expected.

The storm which hit Europe in the past two days lead to several deaths. In Britain and Slovenia, people were killed when trees fell on top of their cars. In Poland, a mother and her daughter were struck by part of a roof and died. In Sweden, a man drowned after his boat sank in a lake. Another man who was on the same boat is missing.

In Germany, the damage the storm system did can still be seen and felt, both in the very north and the south of the country. Hamburg’s Fish Market is flooded since the storm with two names, ‘Sabine’ and ‘Ciara’, pushed water up the Elbe river. At its peak, the water was 2.7 meters (9 feet) above the level the usual high tide has.

For Tuesday and Wednesday, two more floods were expected in Hamburg, as a consequence of the same storm. The clearing work the fire department and others will be needed for is supposed to commence afterwards. But all over Germany, including in Hamburg, fire departments had to deal with thousands of operations on Monday.

They needed to pump water out of basements, secure damaged buildings, and remove branches and trees from roofs, vehicles, streets, train tracks and electricity cables. In North Rhine-Westphalia alone, fire fighters moved out more than 7000 times. In 13 cases, people there were injured, some of them badly.

Down south, in Bavaria, the storm will keep fire departments and other helpers busy even today. In parts of the federal state, it will keep on blowing with speeds between 85 km/h (53 mph) and 105 km/h (65 mph) before it finally vanishes.

All kinds of traffic were disrupted. In most parts of Germany, driving was simply too dangerous because of falling trees and roof tiles. Deutsche Bahn (DB), Germany’s main train operator, was basically forced to shut down. On Sunday evening, all long distance trains were stopped in stations. Regional trains all over the country followed. By now, things are back on track, in the truest sense of the word, at least in most regions.

Hundreds of flights at all major airports in Germany needed to be cancelled. While many intercontinental flights did take off, those to destinations that were in the same storm, including London and Amsterdam, and those to airports within Germany, were cancelled.

More than One Storm

More strong winds throughout Germany are expected to blow on Tuesday night. They will not be quite as bad as ‘Ciara’ or ‘Sabine’, forecasters say. But caution is still advised.

While ‘Sabine’, or ‘Ciara’, was a bit stronger than expected, it did less damage than expected, at least in Germany. The question whether the country was just lucky or if the extensive preparation efforts lead to this result can not really be answered.

One thing is certain: This was not the only storm that ravaged Germany on Monday. On top of the extreme weather, a political storm made yesterday a rather bad day.