Germany in the Coronavirus Crisis: Merkel Wants to ‘Save Lives as Much as We Can’ 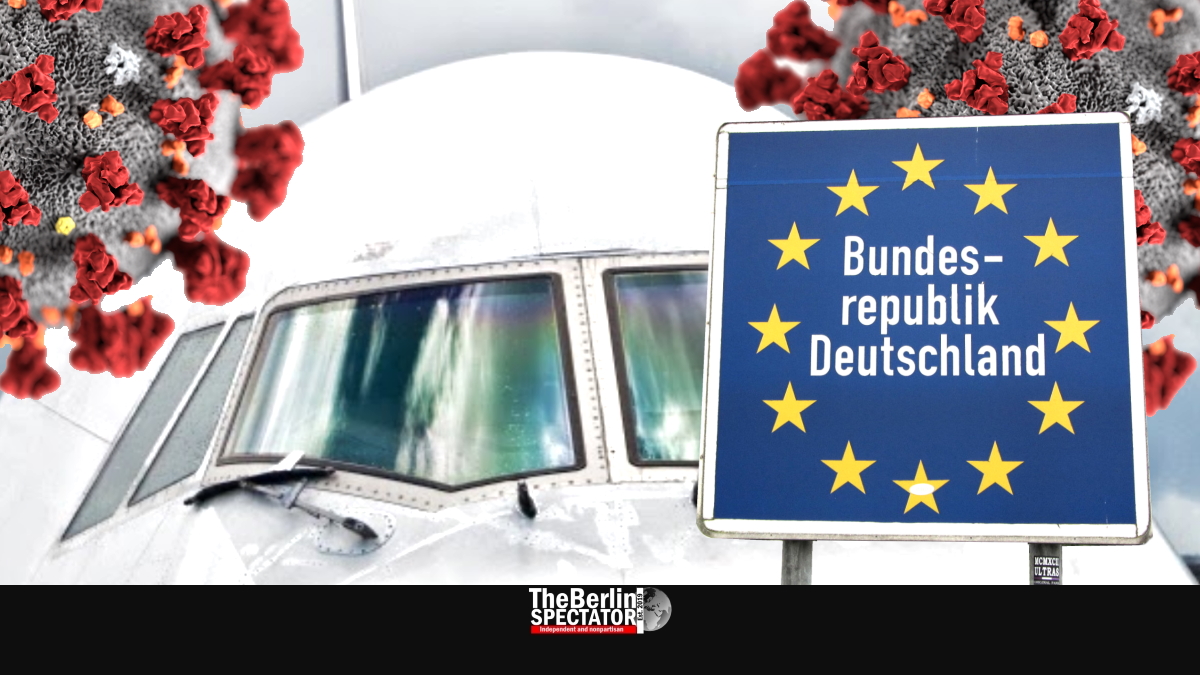 While the number of Coronavirus cases in Germany was rising fast, Chancellor Angela Merkel said the task was to “save lives as much as we can” and “keep the economy going.”

After talks with the First Ministers of Germany’s federal states, Angela Merkel said this situation was exceptional in every way and “more extraordinary than during the banking crisis”. This was a medical challenge the scientific community did not have an answer to yet.

‘Crisis is an Incision’

Now the task was to save lives “as well as we can” and to keep the economy going, Merkel stated. Both tasks were demanding and government was determined to cope with them. The Coronavirus crisis was an incision that demanded a great deal, the Chancellor said after concluding the talks about the way forward.

Merkel and the First Ministers agreed on steps designed to contain the rapid spread of the Coronavirus as much as possible. On top of those, Merkel asked people in Germany to keep their social contacts to a minimum. The federal government and the federal states, consisting of Germany’s provinces and city states like Berlin, Hamburg and Bremen, intend to cooperate closely.

These are the approved steps:

> In hospitals, scheduled surgeries and admissions that are not urgent will be postponed, while the clinics prepare for the treatment of patients with respiratory diseases caused by the Coronavirus.

> Hospitals will receive a bonus for every new, provisional bed they add to intensive care.

> All hospitals are being summoned to prepare their doctors and staff for treating people in intensive care with assisted breathing.

> The federal government and the federal states will now increase their efforts to inform high risk groups, namely elderly people and chronically ill individuals, to give them guidance and to protect them.

> Events with more than 1000 participants are to be cancelled, and all unnecessary events with less than 1000 people should be dropped voluntarily.

> In the regions hardest hit by the Coronavirus a postponement of the beginning of the next semester at universities or a prolongation of the Easter vacations for schools and kindergartens are recommended options.

Merkel’s talks with the First Ministers took place amid dramatic developments. The number of Coronavirus cases increased a lot faster than it had before. On Friday in the early morning, 2,745 people were infected. By the afternoon, there were 3,139. Seven related deaths were reported. Only very few Corona patients, a total of 41 of them, have been cured since the first virus wave hit Germany in January.

In North Rhine-Westphalia, more than 1,000 individuals were infected, as many as the entire country had reported just five days ago. On March 13th at 6:00 a.m., Bavaria had 500 cases, Baden-Württemberg 454. In Berlin, 137 Coronavirus cases were counted, Lower Saxony had 129. All other federal states had two-digit numbers.

Ebola Medication to be Tested

Since the crisis commenced, the Berlin government and scientists from the Robert Koch Institute had said slowing down the spread of the Coronavirus was necessary. “Buying time” would help hospitals prepare and help research. At one German lab, researchers are reportedly working on a modified Ebola medication that might work. It will supposedly be tested on Coronavirus patients soon.

In the meantime, European politicians have criticized U.S. President Donald Trump’s travel ban from Europe. Ursula von der Leyen was one of them. The new German President of the European Commission said this decision by the United States had been taken unilaterally and without deliberations. Others said they did not really see good reasons for the ban or for the fact that the United Kingdom was named as an exception, because of the spread of the virus in both the U.K. and the U.S..

The Berlin government is also increasing it border controls in order to be able to identify individuals infected with the Coronavirus effectively. Interior Minister Horst Seehofer has ordered the federal police to go ahead with border checks and to concentrate on people who were in high risk areas.

Considering the number of cases in Germany, the country is most likely a high risk region itself, from the perspective of all other countries in the world. Last week, Germany had already announced stricter border checks. Now the intensity is supposed to be increased again, at the borders to all nine neighboring countries. Before, the southern borders had been in focus.

Suspected Coronavirus cases at the borders will be reported to the health authorities. They conduct their tests and take a decision on measures that might be necessary.

In Berlin, the authorities have taken further steps to curb the spread of the virus. Two days after Culture Senator Lederer banned events in big halls at the opera, at concert venues and theaters, those venues were closed completely, meaning even smaller performances and other events will not take place until further notice. At the Berlin House of Representatives, hardly anyone is allowed to enter anymore.

On Friday morning, the city state of Berlin announced all schools and kindergartens would be closed until after the Easter vacations. Bavaria and the Saarland had reportedly taken the same decision shortly before. Hamburg and Thuringia followed suit in the afternoon. Restrictions will also apply to public transport in Berlin, the Senate Administration announced.

Similar steps were taken in all parts of Germany, including in Hamburg, where all state-owned cultural venues are closed, including the elegant Elbphilharmonie, the State Opera, Laeiszhalle, Kampnagel and the main theaters. All soccer matches in the German ‘Bundesliga’ scheduled after Tuesday were cancelled.

In the early afternoon, Commerce Minister Peter Altmeier and Finance Minister Olaf Scholz announced a program designed to help companies get through the Coronavirus crisis. Credit guarantees, short-time work and tax deferrals are options companies can apply for. Altmaier said money was no issue. There were reserves of up to half a trillion Euro (0.56 trillion U.S. Dollars or 0.45 trillion Pounds Sterling. Note: This is the American trillion, which equals the British billion).

Just before the Trump administration’s flight ban from Europe to the U.S. kicks in on Friday night, American companies in Germany seem to be scrambling to recall their staff in Europe. They include Tesla. According to the publication ‘Automobilwoche’, thirty U.S. citizens who work in Berlin are going back to America now. But, as the RBB reports, Tesla does not expect delays regarding the preparation and construction of its ‘Gigafactory’ in Brandenburg.

The Austrian government was in the process of having several skiing resorts cordoned off, including St. Anton and Arlberg. Chancellor Sebastian Kurz said that even shops would have to remain closed. He stated there would be exceptions for supermarkets, pet food stores and pharmacies. Starting on Monday night, there will be a ban on flights between Austria and three countries, namely Switzerland, Spain and France, Kurz announced in Vienna.

Zoo Berlin: Where Lions and Tigers are Not Being Fed