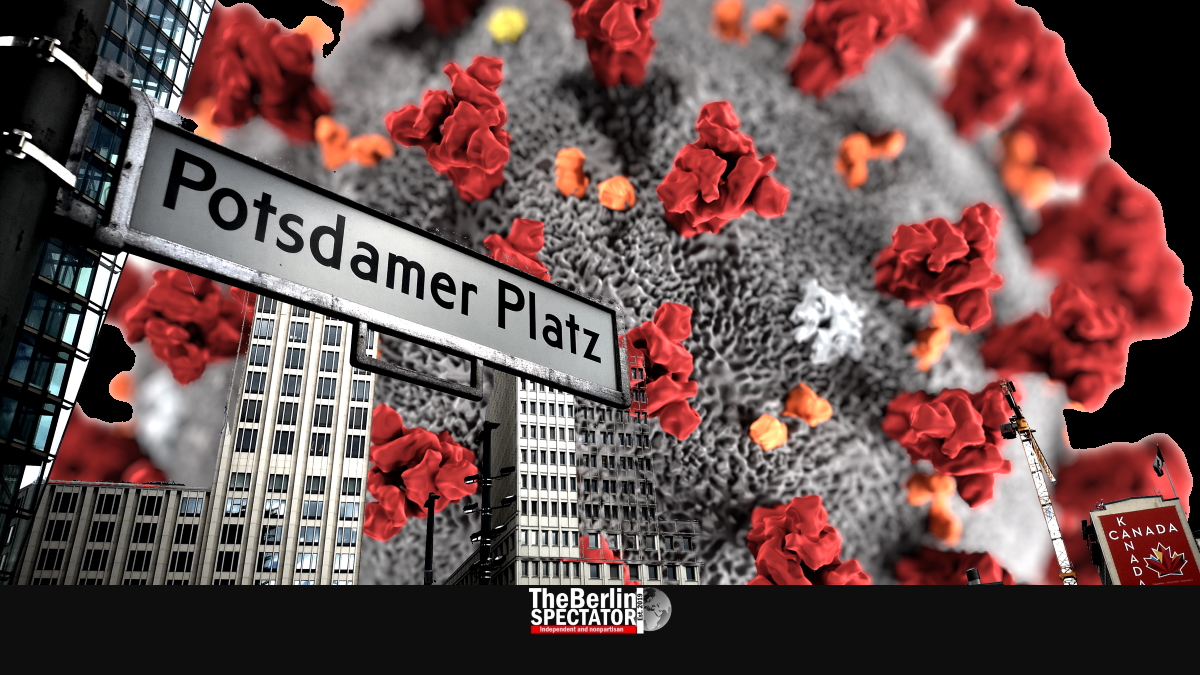 The number of people infected with the Coronavirus in Germany reached even more worrying levels this weekend. On Saturday, it exceeded 4,000. Today, before noon, it hit 5,000.

Germany is reportedly closing its borders to France, Switzerland and Austria in yet another attempt to fight the Coronavirus the entire world is fighting. This step will be implemented on Monday. There will be exceptions for deliveries and commuters.

In the city state of Berlin, the Senate announced stricter measures that are supposed to slow down the spread of the virus. Effective immediately, meetings or events with 50 or more participants are forbidden. Just 48 hours earlier, events with more than 1,000 people had been banned.

For events with less than 50 participants, the organizers need to generate lists of everyone involved, including their home addresses and phone numbers. Those lists need to be handed over to the health authorities on demand.

What restaurants in Berlin are concerned, there are exceptions. Smoker restaurants, a special category for adults, are not allowed to open anymore. Facilities that prepare meals for their guests on site may open, as long as there are gaps of at least 1.5 meters (5 feet) between their tables. Sports facilities, including public gyms, swimming pools and sports grounds, are forced to close.

Because of the threat posed by the Coronavirus, new rules apply in hospitals too. Adult patients are not allowed to have visitors anymore. Children aged 16 or below may welcome one visitor per day for up to an hour, as long as they do not suffer from any respiratory diseases. A decision about the closure of all schools and kindergartens had been taken before. An ’emergency childcare’ will be offered at Berlin’s schools and certain kindergartens.

The restrictions affect prayer services at churches and temples belonging to faiths other than the Christian one. Starting today, up to 50 people may take part in prayer services. Those who do need to register and leave their contact data on lists. In Cologne, all prayer events were forbidden.

Germany’s Health Ministry has warned Germans about fake announcements spread on social media, according to which the government was going to announce additional and massive restrictions for public life soon. In a statement, the Ministry assured citizens this was not the case.

In Berlin, Julia Klöckner, the Minister of Food, Agriculture and Consumer Protection, spoke about panic buying. She said there was no supply shortfall at this stage. “I therefore call on the citizens to top up their stock in a considerate way”, Klöckner said. “That way there will be enough for everyone. Shelves will be refilled.”

The number of infected MPs at the Berlin Bundestag is increasing. The Greens announced one of their legislators had tested positive for the Coronavirus. All necessary measures are being taken, according to a statement quoted by German-language media. Among MPs belonging to the liberal party FDP, there are three Coronavirus cases by now.

Many political events were postponed until further notice, including the coalition talks between the Social Democrats (SPD) and the Greens in Hamburg, three weeks after elections for the city state’s Legislative Assembly took place. On the other hand, Bavaria is going ahead with its municipal elections today in spite of it all. The authorities said voters were allowed to bring their own pens. Whether that measure will prevent new infections is uncertain.

In the meantime, three of Germany’s nine neighboring countries have closed their borders. Starting today, the Polish border is closed for ten days or until further notice. Denmark and Czechia had announced the same step shortly before. Further south-east, Slovakia closed its borders as well. After the announcement from Warsaw, traffic jams were reported along the Polish border in Brandenburg.

In Berlin, the Senate had considered restricting public transport as well, but that idea was thrown overboard, at least for now. “As long as possible” buses, trams, U-Bahn and S-Bahn trains would be in service, the Senate Administration announced, because hospitals, safety authorities and public services needed to be reachable.

Since Berlin’s cultural life is dead, for the time being, since all venues are closed, the Philharmonie Berlin is offering its Digital Concert Hall for free until March 31st. For all classical music enthusiasts who need their ration of Beethoven, Bach, Bruckner, Mahler or Mozart, this free offer can be found here.