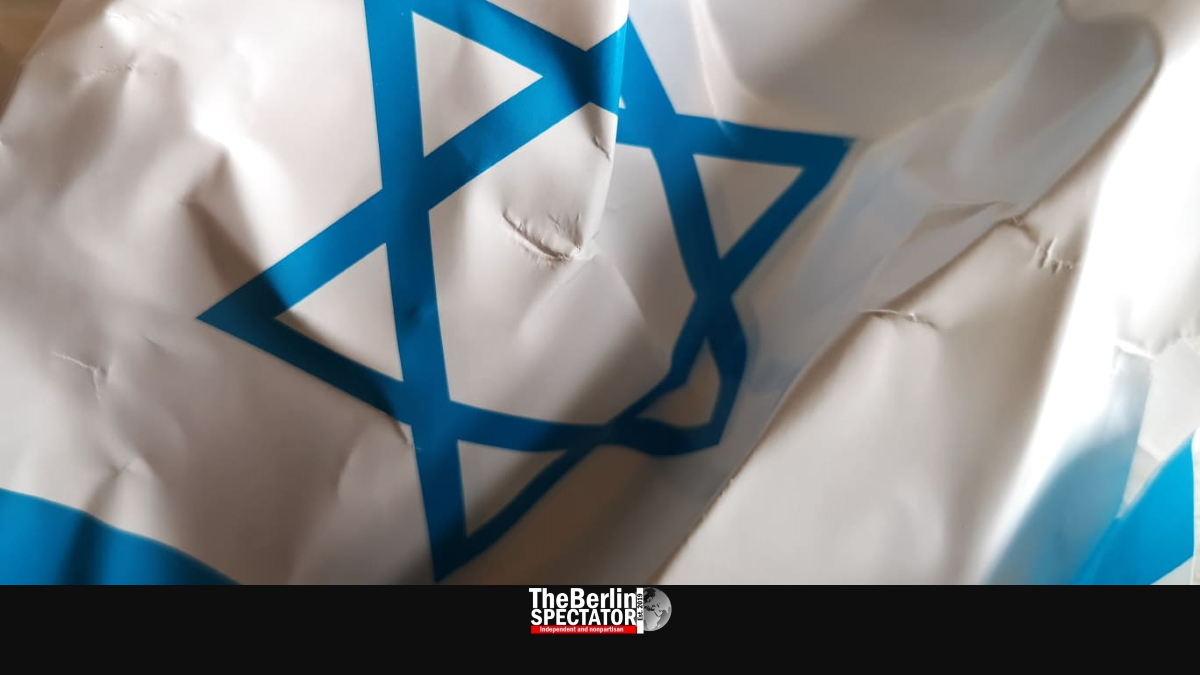 Under normal circumstances one would think that challenges and crises like the current one can bring people together. But the group JVP is using the Coronavirus to beef up its accusations against Israel.

The organization that calls itself ‘Jewish Voice for Peace’ (JVP) could not have picked a more misleading name. That is because it seems to support the terror organization Hamas which keeps on attacking Israel and suppressing the Palestinian people. JVP also praises the Palestinian Authority (PA) even though it is working against peace while exploiting the Arabs it says it represents.

The ‘Best’ of Sosnoff

It gets worse. JVP even uses the Coronavirus crisis to spread more falsehoods about Israel. Not only that, but the group accuses the only Jewish state in the world, Israel, of being responsible for a situation in which “Gaza’s healthcare system will be rapidly overwhelmed”, in spite of a cooperation agreement between the PA and Israel with the purpose of fighting the Coronavirus.

Today, a JVP executive, Granate Kim Sosnoff, sent out another e-mail to supporters of her organization. This time both the quantity and quality of untruths included were a lot higher than they usually were before the Coronavirus crisis. But the concept has remained the same: Spreading negative stories about Israel, independently from their accuracy. These are some examples:

> Todays JVP e-mail reads Israeli officials had “only allowed 200 (Coronavirus) testing kits into Gaza”. They even pretended to prove this claim by including a ‘Jerusalem Post’ article dated March 13th, which says the Israeli Coordinator of Government Activities in the Territories had let through 200 kits to Gaza.

But the information they ‘forgot’ to include is that this number has increased to 500 by now and that the entire world desperately wants test kits, meaning there is a general shortage.

> Mrs. Sosnoff writes Gaza was Coronavirus-free for now, but that “after 13 years of embargo, war and bombings by Israel, Palestinians in Gaza face a severe shortage of resources and medical personnel.” She also says health officials had warned that if the Coronavirus entered Gaza, “containment and treatment under the Israeli blockade will be nearly impossible.”

There is rather important information she did not volunteer. First of all, the fact that Gaza is being controlled by the terror organization Hamas is not being mentioned. Neither did she write that Hamas’ official goal is to “wipe out Israel” or that Israel is being forced to react to the organization’s constant missile and burning kite attacks in order to protect its people.

On top of it all, she did not say that both Egypt and Israel are keeping up blockades because of the dangers posed by the terrorists. Sosnoff chose to mention the Jewish state only, while leaving away the fact that countless trucks per day cross Israel into Gaza, loaded with goods, in spite of the constant attacks against the predominantly Jewish state.

> In the e-mail mentioned, JVP says that “because of the blockade, Gaza’s hospitals and clinics lack 42% of essential drugs and medicines. These conditions mean that if and when there is a Coronavirus breakout, Gaza’s healthcare system will be rapidly overwhelmed and unable to provide even basic care.”

There is more information Mrs. Sosnoff, who calls herself Granate Kim in her JVP e-mails, left out. If she had wanted to, she could have said that Palestinians, including Mahmoud Abbas, children with severe conditions and cancer patients, have been treated at Israeli hospitals for many years, and that the Palestinian leadership under the same man, who by the way was elected for four years fourteen years ago and who had a giant palace built for himself instead of buying medication for his people, recently forbade the treatment of Palestinians in Israeli hospitals.

Even more importantly, Mrs. Sosnoff and her fellow specialists could have announced the cooperation in the fight against the Coronavirus which the Palestinian Authority and Israel agreed to on Wednesday. The ‘Jerusalem Post’ Mrs. Sosnoff usually reads and uses whenever she believes she can discredit Israel a little more, quoted the Palestinian Authority’s ‘government spokesman’ Ibrahim Milhem who said this: “Our shared borders and relations do not leave room for hesitation to take severe measures and cooperate on the highest levels to prevent the spread of the virus.”

Had it been done on purpose, the failure to include this kind of information in an e-mail about the Corona situation in the Palestinian areas would amount to a flat-out lie. But Mrs. Sosnoff probably just forgot the most important part in all the confusion and worries the Coronavirus crisis causes.

In her e-mail, she seemed to be addressing mainly American JVP supporters. She told them to tell Congress to end the blockade of Gaza, but failed to say whether she meant the semi-blockade on the Israeli side, which still allows trucks with goods to enter Gaza, or the full blockade on the Egyptian side.

It must be the latter. Because otherwise all of those falsehoods spread about Israel directly and indirectly would have meant they are spreading pure antisemitism, according to the IHRA’s definition.

As it turns out, JVP is not the only organization that uses the Coronavirus for creating conspiracy theories against Israel. According to the NGO Monitor, the organizations Human Rights Watch, Amnesty International, ‘If Not Now’, Students for Palestine and several others implemented the same idea. NGO Monitor’s summary on the matter can be found on its website.