May 8th, 1945: Defeat of Nazi Germany was Liberation of Europe 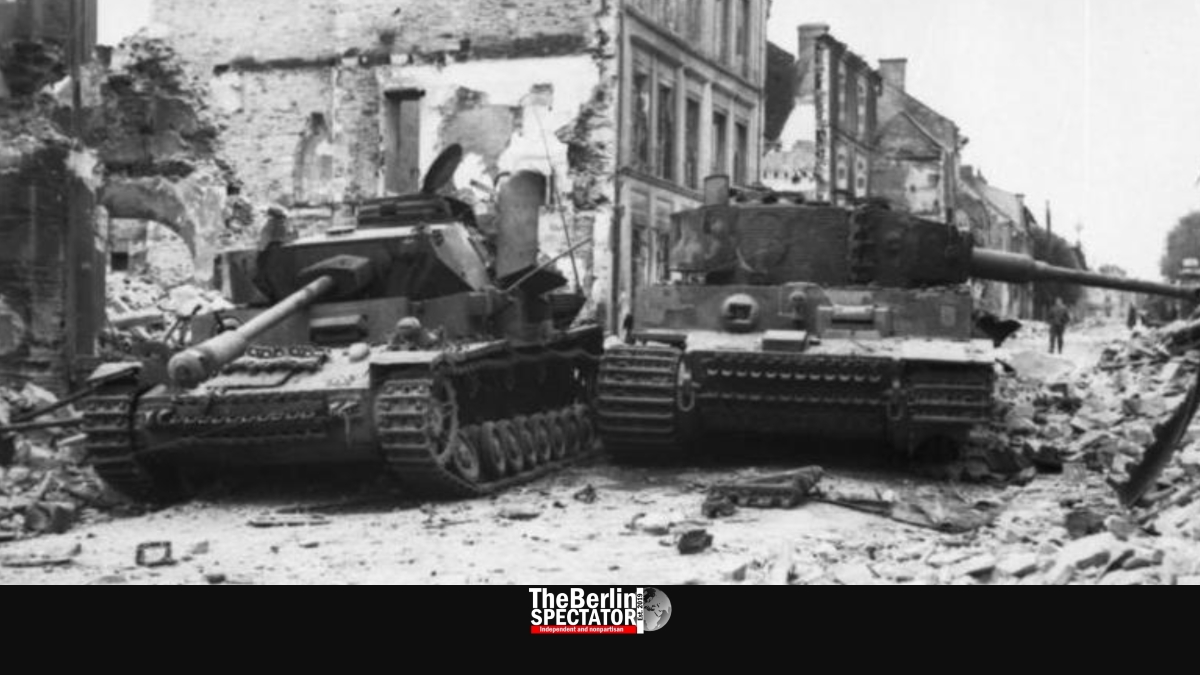 In 1945, liberating Nazi Germany was not the Allies’ main goal. They had to defeat it. The war and the terror spread by the fascist state needed to end. After the war, it took West Germany decades to understand May 8th is actually a day of liberation.

On May 6th, 1945, the German Wehrmacht’s Colonel-General Alfred Jodl walked into the HQ of the Supreme Headquarters Allied Expeditionary Force (SHAEF) in the French city of Reims with two colleagues. The SHAEF was headed my none other than U.S. General Dwight Eisenhower.

Declarations by Jodl and Keitel

Jodl wanted to sign a partial surrender, to the Western Allies only, but he did not get what he wanted. Eisenhower insisted on an unconditional surrender which included the Soviet Union as well. The American would not play games. Two days later, on May 8th, 1945, Jodl signed. In the Soviet Union, it was already May 9th.

Field Marshal General Wilhelm Keitel signed another declaration of capitulation when May 9th had commenced in Western Europe too. That is why the defeat of Nazi Germany is being celebrated a day later in Russia even today.

Not only had Germany attacked and conquered the better part of Europe in a war that involved terror, death and expulsion all over the place. But it also planned and implemented the Holocaust. Six million European Jews and countless members of other minorities, including Gypsies and homosexuals, were murdered in a giant, carefully organized campaign. Concentration camps, the worst places on Earth, were built for that purpose.

State-sponsored antisemitism is sick. Even today there are countries with that kind of approach. But none have implemented plans for murdering Jews the way Nazi Germany has. Obviously, the murder was not limited to death camps. Germany’s Wehrmacht and Hitler’s Schutzstaffel (SS) were known for terrible massacres as well.

The SS had travelling divisions that would murder children, women and men, including elderly people, only because they were Jewish. They were herded together like animals and often had to dig their own graves just before they were shot in cold blood. Millions were gassed to death in Auschwitz and other concentration camps. The 75th anniversary of the liberation of Auschwitz was celebrated at memorial events in January.

The defeat of Nazi Germany by the Americans, the British, the French and the Soviets lead to the Four Power Status. The allies were responsible in Germany and had governmental power. While the Soviet Zone in East Germany later became the GDR, the western part, controlled by the Western Allies, became the Federal Republic of Germany.

In the latter state, May 8th was seen as a defeat for Germany rather than a liberation, for many decades after the World War II. Finally, in May of 1970, exactly 50 years ago, the Social-Democratic Chancellor Willy Brandt used the word “liberation” and the term “new beginning” in this context while members of the conservative opposition said defeats should not be celebrated.

It took 40 years since 1945 until things were finally put in perspective. On May 8th of 1985, thirty-five years ago, President Richard von Weizsäcker held a celebrated speech at the Berlin Bundestag. “All of us, whether guilty or not, whether young or old, must accept the past. We are all affected by the consequences and liable for it”, von Weisäcker stated back then. “We Germans must look the truth straight in the eye, without embellishment and without distortion. […] There can be no reconciliation without remembrance.”

In Berlin, May 8th, 2020, the 75th anniversary of the unconditional surrender of Nazi Germany, is a holiday. Not everyone agrees though. The floor leader of the extremist right-wing party ‘AfD’ at the Bundestag, Alexander Gauland, said even though May 8th had been “a day of liberation for concentration camp inmates”, it was also “the day of an absolute defeat”. His quote was slammed by members of democratic parties.

The Central Council of Jews in Germany said commemorating the six million murdered Jewish men, women and children was its focus on May 8th. “Until today, in all subsequent generations, this inconceivable crime and the loss that can never be rectified is present in our families and always will be”, the Council’s President Josef Schuster said. “The Shoah survivors still have to endure their unbearable memories. The Shoah is part of Jewish identity.”

“May 8th, 1945, was not only a day of liberation, but also a day of the liberators,” Schuster stated. “With deep gratitude, the Jewish community commemorates the soldiers in the Allied armies, including many Jewish soldiers who came to Germany as liberators. Their history also plays an important role for future generations in the Jewish community, which should be reflected more in the German culture of remembrance.”

Because of the Coronavirus, the big memorial events that were planned for May 8th, 2020, were cancelled. President Frank-Walter Steinmeier was going to welcome guests from the United States of America, the United Kingdom, France and Russia in front of the Reichstag. Other events, one of them at Brandenburg Gate, needed to be scrapped as well.

There will be a smaller commemoration event though, with Steinmeier, Chancellor Angela Merkel as well as the presidents of the Bundestag, the Bundesrat and the Federal Constitutional Court at Berlin’s Neue Wache. Steinmeier will hold a speech.

A few protests were announced. ‘Anti-fascist’ groups organized events at the Soviet memorial sites in Berlin’s Treptow, Pankow and Tiergarten districts. At central station, Nazis intend to stage a protest on May 9th. A counter-protest will take place as well, on Saturday, in front of the Chancellery.

There is a virtual exhibition on Germany’s unconditional surrender. But on May 7th, 2020, at 5:39 p.m., its URL was marked ‘unsafe’ by the Google Chrome browser. The issue might be fixed soon. The website can be reached here.