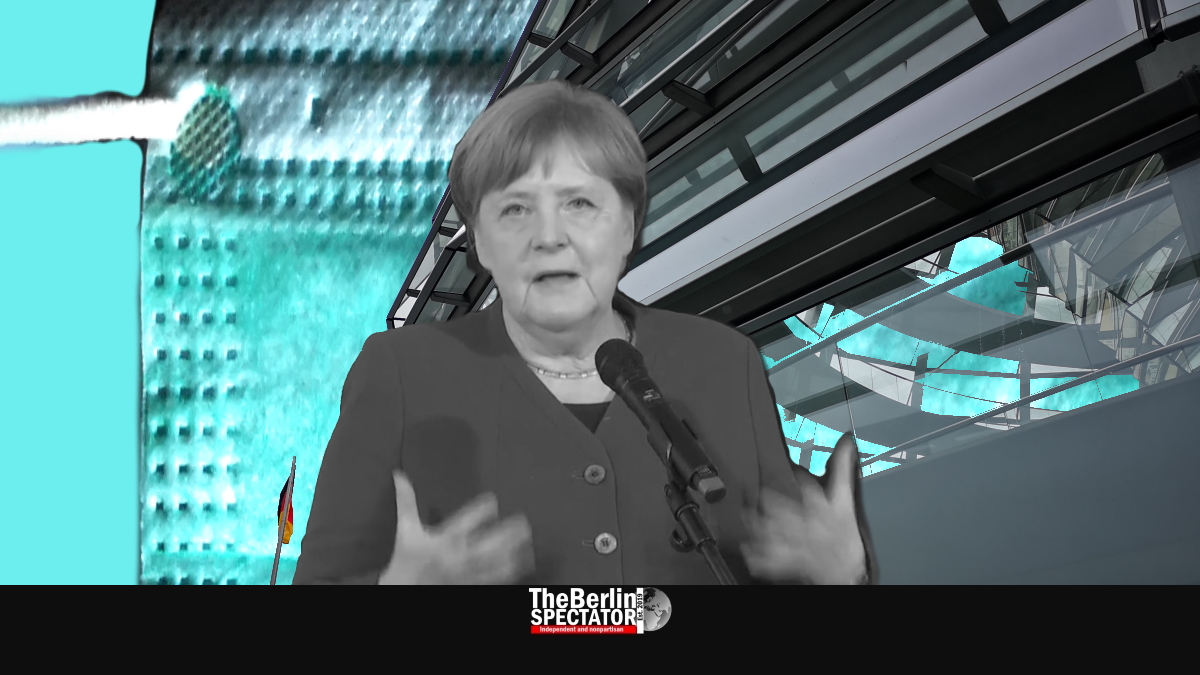 While Angela Merkel reminded people of the importance of keeping one’s distance, others called for retracting more Corona rules. First Minister Laschet wants to get rid of forced quarantines for individuals who reenter the country.

Chancellor Angela Merkel is a scientist herself and even before the Corona crisis, she always looked into details. On Monday, she had a video conference with a health authority that was randomly chosen for her. Mrs. Merkel wanted to learn about the situation in those local health departments.

Afterwards, she made a short statement. Apart from thanking all health authorities in Germany, she said they had a central role in the Corona pandemic. It was of utmost importance that those officed worked well, Merkel said. She confirmed they actually did.

The local health authorities had gotten reinforcement, including scouts who were responsible for tracking down people infected persons had been in contact with. The Chancellor said Germany’s armed forces, the Bundeswehr, was ready to support the authorities if necessary.

“These are important places”, Merkel said, referring to local health offices. “We will see whether we can actually track down all contacts here.” She stated the discussion with the staff had been very important to her. “What I can tell you is that the people who work here are very dedicated. They will succeed”, Mrs. Merkel said.

The Chancellor said a “new phase of the Corona pandemic” was commencing right now. Because of the easing of all those restrictions it was important to know whether people adhered to the rules. Keeping one’s distance, a protection for nose and mouth, and being considerate were very important aspects.

While the chancellor tried to convince people to be careful, there are voices who intend to scrap even more Corona rules. North Rhine-Westphalia’s First Minister Armin Laschet wants to get rid of the forced quarantine rule for individuals who return to Germany from other European Union countries.

He told the ‘Rheinische Post’ daily, now that France had ended its lockdown, the quarantine measures in Germany needed to be retracted. Laschet said his colleagues in Rhineland-Palatinate and the Saarland province agreed with him.

At this stage, most individuals who return to Germany from anywhere need to go into quarantine for two weeks. This applies to German citizens and people holding residence permits. Commuters and some truck drivers who have the right to cross the border into Germany too, are exempt from the quarantine rule.

In Lower Saxony, a court just dumped the same quarantine rule. This federal state does not have international borders, but a German citizen who owns a holiday home in Sweden handed in an urgent motion against the measure. At least for now, forced quarantines for people who return do not apply in Lower Saxony.

This morning, the number of Coronavirus cases in Germany stood at 172,576. At least 145,617 former infected persons are healed. Since the beginning of the pandemic, 7,661 people in Germany have died from COVID-19.