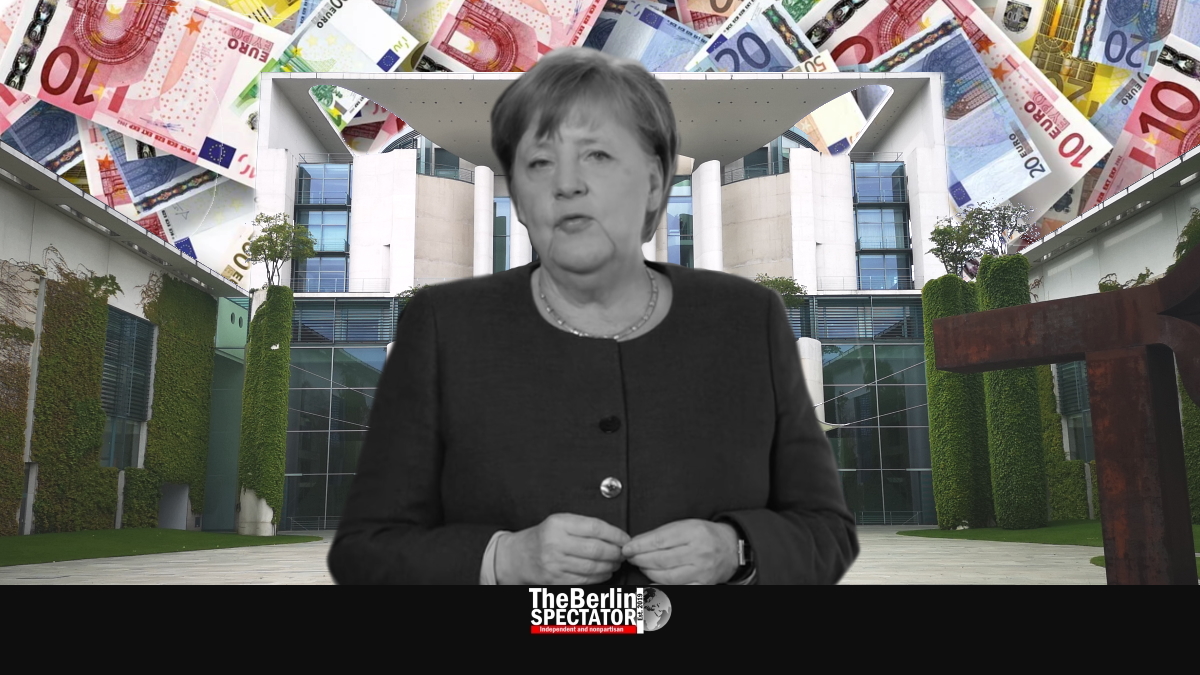 The Berlin government is confronted with a rather big problem: Its latest stimulus package is expensive while the exports and tax revenue took a big hit. At the same time, nobody really wants to be the first to talk about a tax hike.

In Germany, the Corona crisis has led to a dramatic slump in exports. In April 2020, the value of all exports decreased by almost a third compared to April of last year, 31.1 percent, to be exact. This translates into a giant loss of 75.7 billion Euro (85.1 billion U.S. Dollars or 67.3 Pounds Sterling). The brutal drop is the biggest one in 70 years, according to Germany’s Federal Office of Statistics.

During the Corona pandemic, there were – and still are – several aspects that contributed to the enormous losses the export master Germany is suffering from. Closed borders all over the world is one of them, the temporary end of tourism another. Airlines, airports, hotels, restaurants and similar kinds of businesses are still feeling the crisis.

Because of the closure if borders, including those within the European Union, many industries suffered catastrophic losses. The freight business, both at sea and in the air, was disrupted badly. This aspect did not only affect the exports, but also the imports to Germany. They dropped by 21.6 percent or 72.2 billion Euro (81.3 billion Dollars or 64.3 billion Pounds) compared to April of 2019.

The German auto industry was hit hard, but maybe not quite as catastrophic as anticipated. The export of vehicles to China, one of the two most important markets, dropped by 12.6 percent in April. This is a loss of 7.2 billion Euro (8.1 billion Dollars or 6.4 billion Pounds). Considering the scope of problems the Coronavirus pandemic caused in China, where it originated from, and Germany, these kinds of losses actually seem rather low.

Both the Association of German Chambers of Industry and Commerce and the Federation of German Industries expect an export decrease of 15 percent for the entire year on 2020. Since nobody knows if and how the Coronavirus will affect the country and the world in the next months and years, many managers in Germany’s industry do not sleep too well. While Corona is the biggest problem, the global economy had already cooled down before it hit.

Chancellor Angela Merkel’s government coalition had approved an economic stimulus package worth 130 billion Euro (146 billion U.S. Dollars or 116 billion Pounds Sterling) last week. On Wednesday and Friday, her cabinet is scheduled to discuss the details and the question where the money to cover the giant expenses will come from since it does not grow on trees.

Since tax hikes are not exactly a popular subject, especially in the middle of the crisis and 15 months before the next general election, the government is avoiding discussions on the subject.