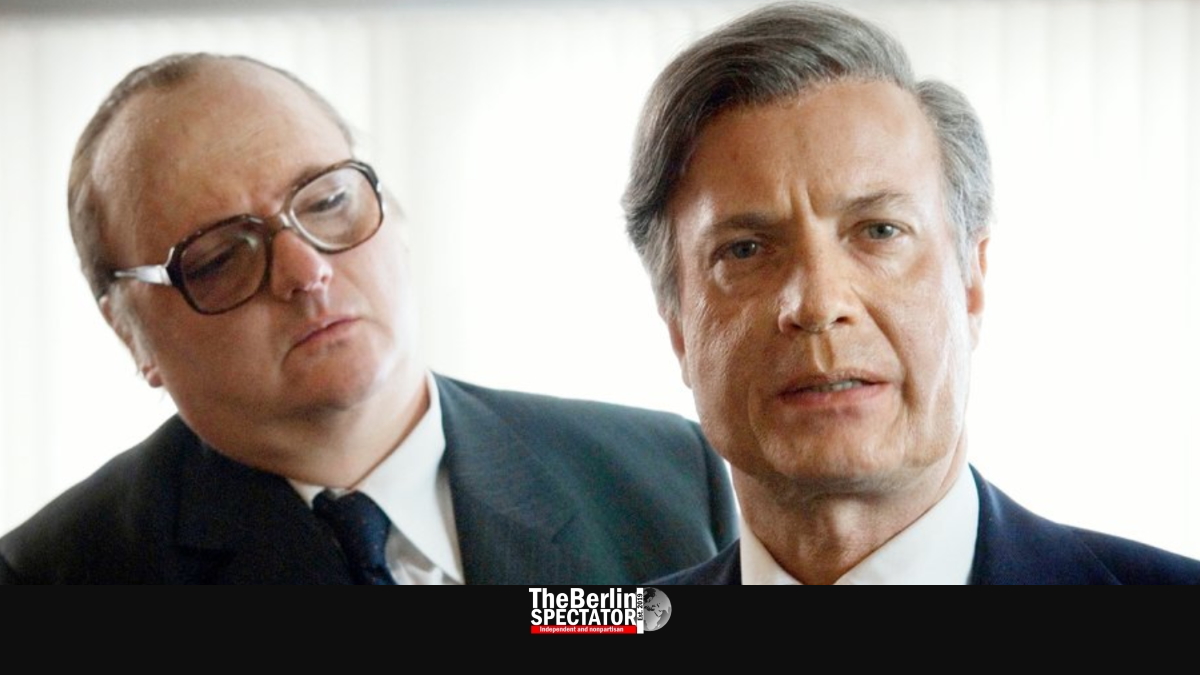 The world loves its share of Beethoven, driving BMWs and consuming Black Forest cake. German products are definitely in demand. But what about movies?

People who have a general issue with German films probably have not watched the most impressing ones. The following ten movies represent the (many) best ones made in the land of cuckoo clocks and liverwurst. Oh yes, of course this is an incomplete list.

This TV production tells the true story of the 1977 hijacking of a Lufthansa aircraft full of passengers by Palestinian terrorists and the liberation of the victims by the ‘GSG9’ elite police unit at Mogadishu Airport. The script and the implementation are excellent. Director Roland Suso Richter did an excellent job. So did all actresses and actors involved. Especially Christian Berkel, who plays Chancellor Schmidt, and Herbert Knaup as police officer Ulrich Wegener delivered unforgettable performances. This motion picture got several well-deserved awards, including the German Television Prize. (Also see main photo on top of page: Jürgen Tarrach (left) plays Hans-Jürgen Wischnewski, Christian Berkel (right) is Helmut Schmidt)

Director Wolfgang Petersen was responsible for this film adaption of Lothar-Günther Buchheim’s novel. It is a compressed account of the author’s time as a war reporter during WWII. This motion picture was nominated for six Oscars and the Golden Globe when it was released. Director Wolfgang Petersen became a Hollywood star with this anti-war drama. Several actors, including Herbert Grönemeyer, became stars in Germany, while the man who delivered the most impressive performance, Jürgen Prochnow, already was and still is. There are several versions of ‘Das Boot’, including a ‘Director’s Cut’ released in 1997. By now there is also a newly produced series with the same plot and title.

This obvious candidate is the first major motion picture by Florian Henckel von Donnersmarck, who also wrote the script, was an international success. It dealt with an important chapter of recent German history. Set in East Berlin, this movie tells the story of a state security agent who observes an author the communist GDR does not trust. To Captain Wiesler, the case becomes an obsession. ‘The Lives of Others’ was drowned in awards. For the ‘German Film Prize’ it got as many as eleven nominations and ended up with seven actual prizes.

This truly impressive piece of work by Bernd Eichinger is about the extremist left-wing group RAF which terrorized West Germany in the 1970s. The script was based on the book about the RAF with the same title, by Stefan Aust. The film tells the story about the beginnings of RAF, the murders and other activities of its most prominent members, their arrest and suicides. The acting job delivered by people like Martina Gedeck, Johanna Wokalek, Moritz Bleibtreu and many others is nothing less than stunning. So is the entire motion picture.

This shocking drama tells the true story of young drug addicts in West Berlin, It is based on the book of the same title which quotes Christiane Felscherinow. She actually was in that situation. Her friends introduce her to drugs. Once her addiction is out of control, she becomes a prostitute at age 14, just like her boyfriend. In the course of her time around Berlin’s train station ‘Bahnhof Zoo’, several acquaintances and her best die from drug abuse. Christiane’s mother notices her daughter’s addiction very late. This movie was directed by Uli Edel just before the shooting commenced. The first director quit after a big argument with the production company. David Bowie is part of the film. So is his hit ‘Heroes’ which became some kind of a hymn to his fans.

This impressive motion picture tells the true story of a big heroine, namely Sophie Scholl who was part of the resistance group White Rose in Nazi Germany. At Munich University, she distributes leaflets on which the organization slams the Nazi regime, its brutality and all the systematic killing of Jews. Sophie, her brother and another young man get caught, they are being arrested, sentenced to death by a notorious Nazi judge and executed. The British Royal Air Force later dropped leaflets with the heroes’ texts over German cities. Julia Jentsch, who plays Sophie School, did an amazing job. ‘Sophie Scholl – The Last Days’ was nominated for an Oscar.

Yet another German flick which got countless awards was the comedy ‘Good Bye, Lenin!’ which features Katrin Sass and a very young Daniel Brühl. The story is very imaginative: Christiane is in a coma when the Berlin Wall collapses in 1989. When she wakes up in 1990, her son Alex has to protect her. So he pretends the GDR still exists and goes through great lengths to keep his emergency lie alive.