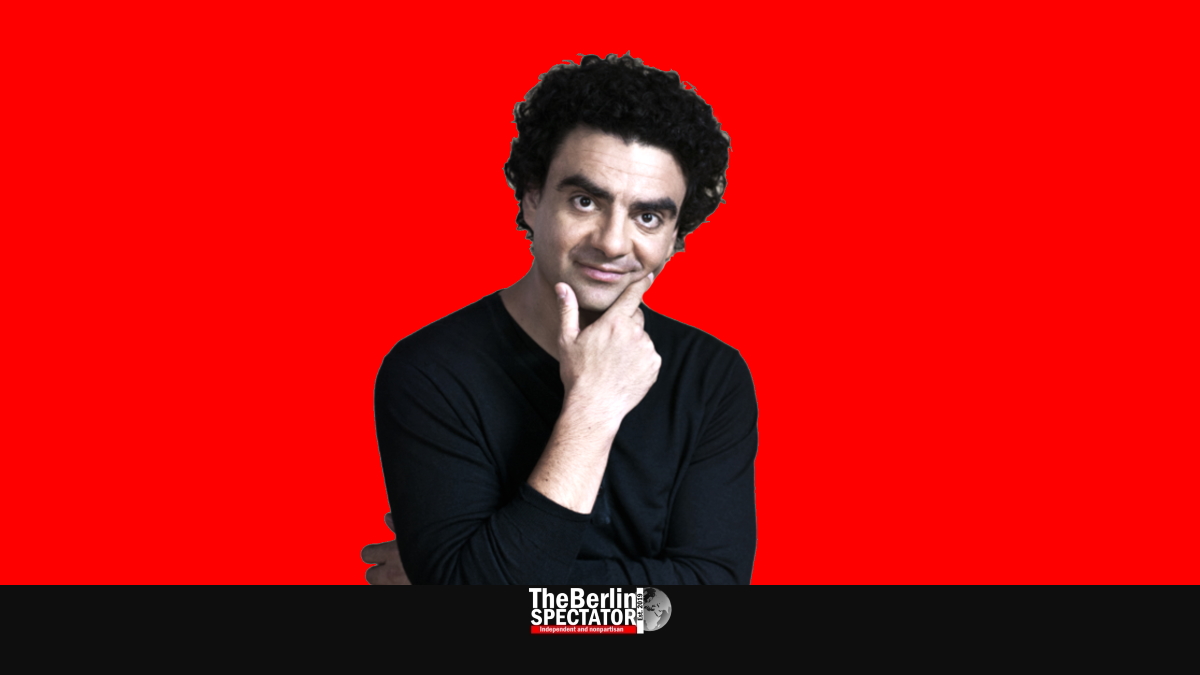 None other than Rolando Villazón is scheduled to hit Austrian and German stages soon. Claudio Monteverdi’s ‘L’Orfeo’ and ‘Serenata Latina’, a Latin American songs night, are coming up.

Opera lovers in Germany have every reason to rejoice. The French-Mexican tenor Rolando Villazón will be bringing ‘L’Orfeo’ to Vienna and Dresden. In other cities, he is scheduled to team up with the harpist Xavier de Maistre for ‘Serenata Latina’, a Latin American song night during which they will perform compositions by Heitor Villa-Lobos, Alberto Ginastera, Carlos Guastavino, Silvio Rodriguez and Maria Grever.

From Mexico City to Pittsburgh

Rolando Villazón is one of the most famous tenors of his generation. Born in Mexico City in 1972, the artist attended ‘El Colegio Alemán’, the official German school in the Satélite district of this enormous metropolis. It did not take long until he visited the ‘Academia de Artes Espacios’ in order to study acting, ballet and modern dance.

Soon, Villazón became interested in operas and singing. One of the best teachers available was Arturo Nieto. After studying with him, he continued at the National Conservatory and won two Mexican singing competitions. This was when Rolando Vollazón caught the attention of promoters abroad too.

At first he headed north, to a country called The United States of America, and performed at both the San Francisco Opera and the Pittsburgh Opera. Shortly before the new millennium hit the planet, Vollazón got the second prize in Plácido Domingo’s ‘Operalia’ competition. His European debut took place in 1999 in Genoa, where he performed in ‘Manon’. Of course Villazón invaded virtually all important opera houses in Europe. The rest is history.

The First Opera Ever

For ‘L’Orfeo’, Rolando Villazón will be joining L’Arpeggiata, an early music group led by Christina Pluhar. They usually focus on music of the 17th century, which they interpret by following an improvisational approach. Both Classical music instrumentalists and Jazz masters play with them all the time.

Claudio Monteverdi wrote ‘L’Orfeo’, an opera in five scenes, in 1606, on the basis of a libretto by Alessandro Striggio Junior. The premiere took place on February 24th, 1607, in Mantua. With this work of his, Monteverdi contributed a lot to the development of the opera genre. To some, ‘L’Orfeo’ is the first actual opera ever composed and performed.

Rolando Villazón’s ‘L’Orfeo’ tour in the German-speaking world was supposed to commence in May of 2020 in Vienna. Because of the elephant in the room, countless concert dates had to be postponed. That process has not been completed, but there are confirmed dates. Of course there is no guarantee, especially for the dates in the fall of 2020.

‘Serenata Latina’ in Munich and Stuttgart

Villazón’s ‘Serenata Latina’ concerts can be experienced in Yerevan (Armenia) on September 8th, 2020, and in Prague on October 11th. Munich is next, on October 14th, just before it is Stuttgart’s turn on October 16th, 2020. Tickets for the latter two German events can be purchased here.

There is another ‘Serenata Latina’ evening in Freiburg on October 18th (tickets), one at the ‘Schleswig-Holstein Musikfestival’ in Flensburg on January 10th, 2021, (tickets) and one at the ‘Alte Oper’ in Frankfurt on February 25th (tickets).

‘L’Orfeo’ in Dresden and Vienna

All of Rolando Vollazón’s scheduled concerts are listed on the artist’s website.