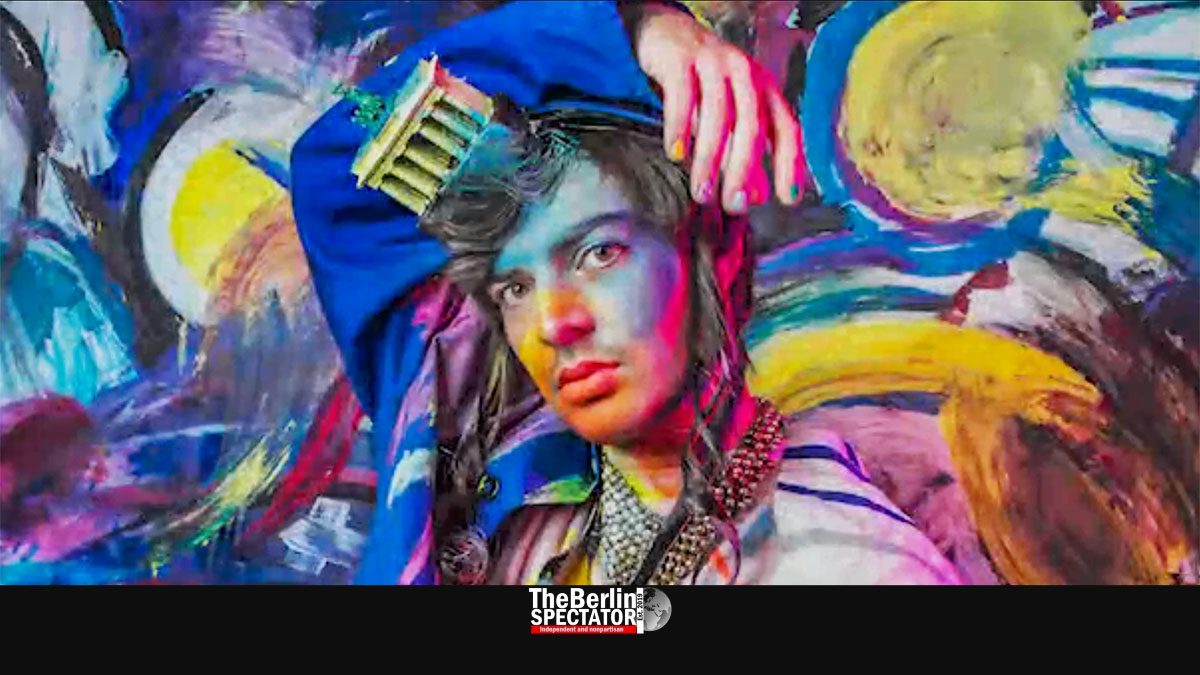 There are Jews with views all over the world. Proof for this claim will be screened at the Jewish Film Festival Berlin Brandenburg. This year’s edition includes some special classics.

For the the 26th time, the Jewish Film Festival takes place. Not once has it been affected by a pandemic, so far. Corona limits the number of people who may join the screenings in eight participating cinemas in Berlin and two in Potsdam. At least it did not prevent the event from happening. The one-week festival commences as early as this coming Sunday, September 6th, 2020.

Presenting Jewish and Israeli films is the festival’s purpose. Some give insight into life in Israel and parts of the history of Jewry. There are motion pictures the audience can learn from, others that mainly entertain and others that reintroduce legends.

One of those is the late Kirk Douglas, the Jewish Hollywood superstar who died in February at age 103. In 1953, he played the main role in a movie entitled ‘The Juggler’, a classic the festival will be screening. Kirk Douglas is Hans Müller, a German Jew who arrives in Israel in 1949 and who has several problems, including survivor’s guilt. ‘The Juggler’ was not only one of the first Hollywood films that dealt with Holocaust survivors, but also the first one shot in a very young State of Israel.

Another classic presented by this year’s Jewish Film Festival Berlin Brandenburg is ‘Il Giardino dei Finzi-Contini’ or ‘The Garden of the Finzi-Continis’, a movie released 50 years ago, in 1970. It is the film adaption of the novel of the same title by Giorgio Bassani and tells the story of the Jewish literature professor Finzi-Contini and his family during the late 1930s in Mussolini’s Italy, a time during which the restrictions against Jews increased rapidly.

Does the festival screen new films as well? Absolutely. One very interesting example is the documentary ‘Chichinette – Wie ich zufällig Spionin wurde’ or ‘Chichinette – The Accidental Spy’, a French-German co-production about Marthe Cohn, a Jewish lady who survived World War II in occupied France with falsified documents. She is being sent to Nazi Germany on a dangerous mission and manages to save many lives. Her heroic deeds were not known until she contacted Steven Spielberg’s Shoah Foundation thirty years ago. Marthe Cohn is 99 years old today.

One of the new Israeli feature films that are going to be screened during the festival is ‘Golden Voices’, a comedy-drama about Victor and Raya, two Jewish immigrants from Russia who used to be the ‘Golden Voices’ of the Soviet film synchronization business. In the promised land they learn the services they are so good at are not needed. So they try to adapt in rather unconventional ways.

Ahead of the festival, Berlin’s Governing Mayor Michael Müller thanked everyone who had made this edition possible, including the event’s Director Nicola Galliner. “This is not self-evident”, he stated. “Especially for creative people, the Corona pandemic is connected to challenges.” Especially in these times, the “important voice of Jewish culture” was needed, Müller said.

Brandenburg’s First Minister Dietmar Woidke said the films screened at the Jewish Film Festival provided inside into “the Jewish religion”, the examination of which helped reduce stereotypes and and prejudice. Those motion pictures promoted the “togetherness of cultures”. Because of the rising antisemitism, this was more important than ever.

Josef Schuster, the chairman of the Central Council of Jews in Germany, is the festival’s patron. He said it was unique in Germany. The event provided insight into Jewish life and broadened the audiences’ view.

The Jewish Film Festival Berlin Brandenburg’s website can be accessed here. It commences on September 6th, 2020 and ends on September 13th, 2020. Tickets have to be purchased at the participating cinemas.