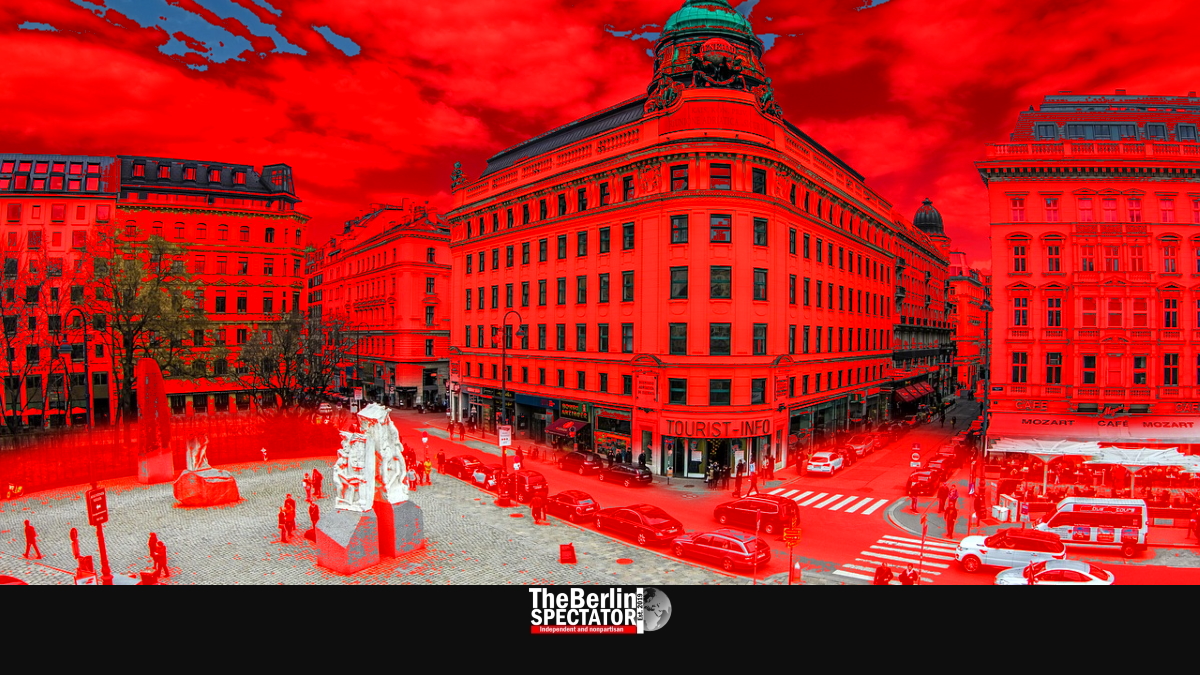 Germany has declared several European regions and cities high risk areas because of the alarming number of Corona infections there. Amsterdam, Budapest and Vienna are included.

After the first Corona wave in Europe, which hit countries like Italy, Spain, France and the Netherlands badly, things looked better for a while. Europe and the world hoped the worst was over. Now, the Corona situation in parts of Europe is deteriorating again.

In Germany, the number of new Coronavirus infections per day recently rose to around 1,500. In the past 24 hours, 1,800 new cases had to be added to the total, which stood at 266,869 on Thursday morning. Compared to what is going on in some of Germany’s nine neighboring countries, those numbers almost look harmless.

That is why the Foreign Ministry in Berlin is now warning against trips to Amsterdam, Budapest and Vienna. Parts of France are now official high risk areas as well, namely the region Hauts-de-France and the country’s island La Réunion.

Vienna and the federal state around the capital are the only high risk area in Austria, from the perspective of Berlin. Individuals who travel through Austria, including Vienna, without actually staying there, will be treated like travelers who have not been to any high risk regions.

In Germany, the Robert Koch Institute declares high risk areas, while the Foreign Ministry issues travel warnings for those regions. Anyone who enters Germany after a visit to any high risk region either needs to show a negative Corona test, at the border, have one done or go straight into quarantine.

Germany added the Swiss canton of Freiburg to the list of high risk areas as well. In the Netherlands, the provinces North Holland, with Amsterdam, and South Holland are on the list. So are two overseas departments, namely Aruba and St. Maarten. Borders between the Netherlands and Germany are unguarded, meaning they are open, but the rules do apply, including positive tests or quarantines for those who come in from the high risk regions mentioned.

The German authorities now see Croatia’s Brod-Posavina and Virovitica-Podravina regions as high risk areas too. Neamt and Caras Severin are two Romanian regions that are now on the list. The same applies to Central Bohemia in Czechia.

At the Robert Koch Institute, the main criterion for declaring a city or region a high risk area is the number of new Corona infections per 100,000 inhabitants within seven days. As long as that number is under 50, things are fine, at least more or less. Once that threshold is being exceeded, the alarm bells ring.

Once Germany’s Foreign Ministry declares an area a high risk region, Germans who have booked trips there may cancel them without having to pay fines, meaning they should get their money back. Those declarations are also supposed to have a deterring effect. People will think twice about going there because of the quarantine they have to go into afterwards, unless they produce a negative PCR test.

Because of the rising Corona numbers, the Austrian government under Chancellor Sebastian Kurz has implemented stricter Corona measures again. Kurz himself said the second Corona wave had hit his country. In Austria, more and more Corona patients appear at hospitals. Switzerland had declared Vienna a high risk region before Germany did.