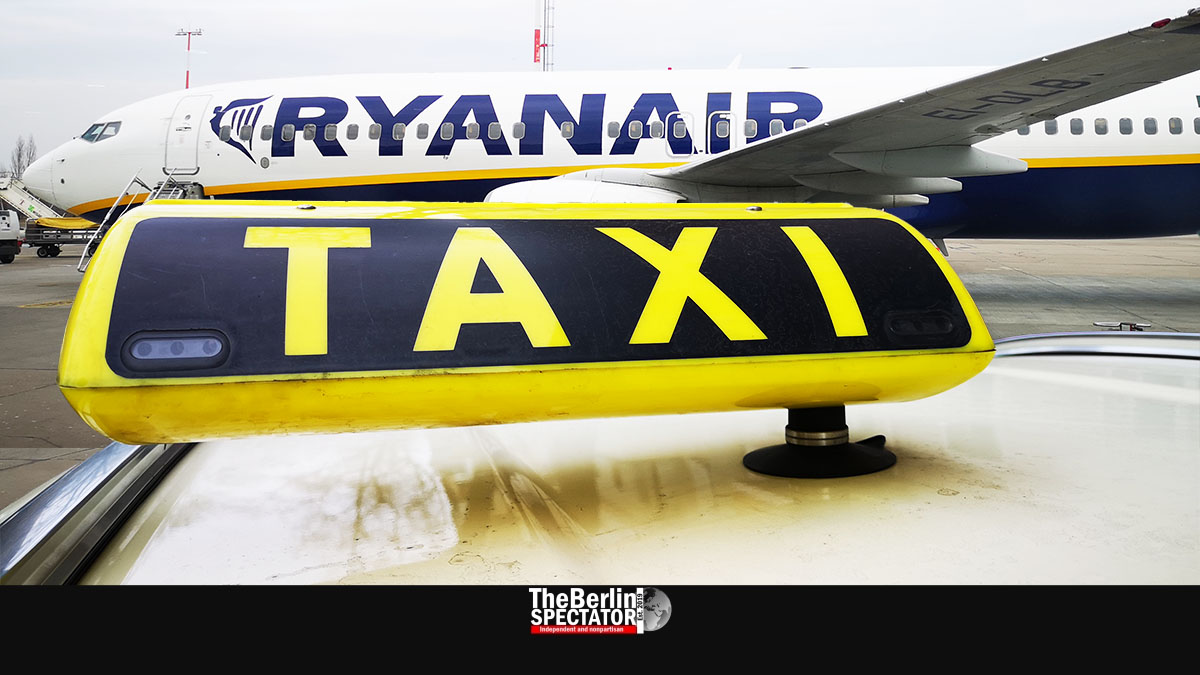 BER Airport will open next month. A big argument between Berlin and Brandenburg was resolved just on time. It was about taxis.

Even before Corona, the taxi business was under pressure, also because a new transportation act will strip it of its monopoly. Corona and the semi-lockdown in spring did not exactly help taxi companies and their drivers either.

On top of it all, Dahme-Spreewald county in Brandenburg wanted to give its own taxis the exclusive right to pick up passengers at the new BER Airport in Schönefeld, located just south of Berlin. For years, the city state of Berlin and the county that includes the airport negotiated.

Considering the time it took to strike a deal, it is a rather simple one: A total of 600 taxis will be servicing BER Airport, half of them from Dahme-Spreewald in Brandenburg, and the other half from Berlin. This 50:50 deal seems fair.

The Senate Administration for the Environment and Transport in Berlin announced, the agreement would kick in on October 31st, 2020. On that day, BER Airport will be opened, with a slight delay of nine years.

Because the number of flights is still very low compared to pre-Corona times, the authorities believe 600 taxis will do the job, at least for now. According to the Berlin Senate Administration, the maximum number of taxis allowed to service the new airport is 1,100, for now, 550 from each federal state. But it can be increased when needed. Especially in Berlin, there is no lack of taxis. Eight thousand of them are registered.

Passengers who intend to go to BER Airport by taxi will be able to choose any cab they want, from any city or federal state. Arriving passengers who want to be taken to their final destination by taxi from BER Airport have the choice between cabs from Berlin, with a ‘B’ on their number plates, and those from Dahme-Spreewald county, with ‘LDS’ plates. The rates differ slightly.

There are several means of transport passengers going to — or coming from — BER Airport will be able to use, including regional trains, an ‘Intercity’ train connection, ‘S-Bahn’ trains, a new ‘FEX’ train (‘Flughafen Express’) and buses. BER has its own train station in the basement.

BER Airport will replace both Berlin’s Tegel Airport and Brandenburg’s Schönefeld Airport. The latter will serve as BER’s ‘Terminal 5’. The fourth big airport in the Berlin-Brandenburg region, Tempelhof, was shut down in 2008.