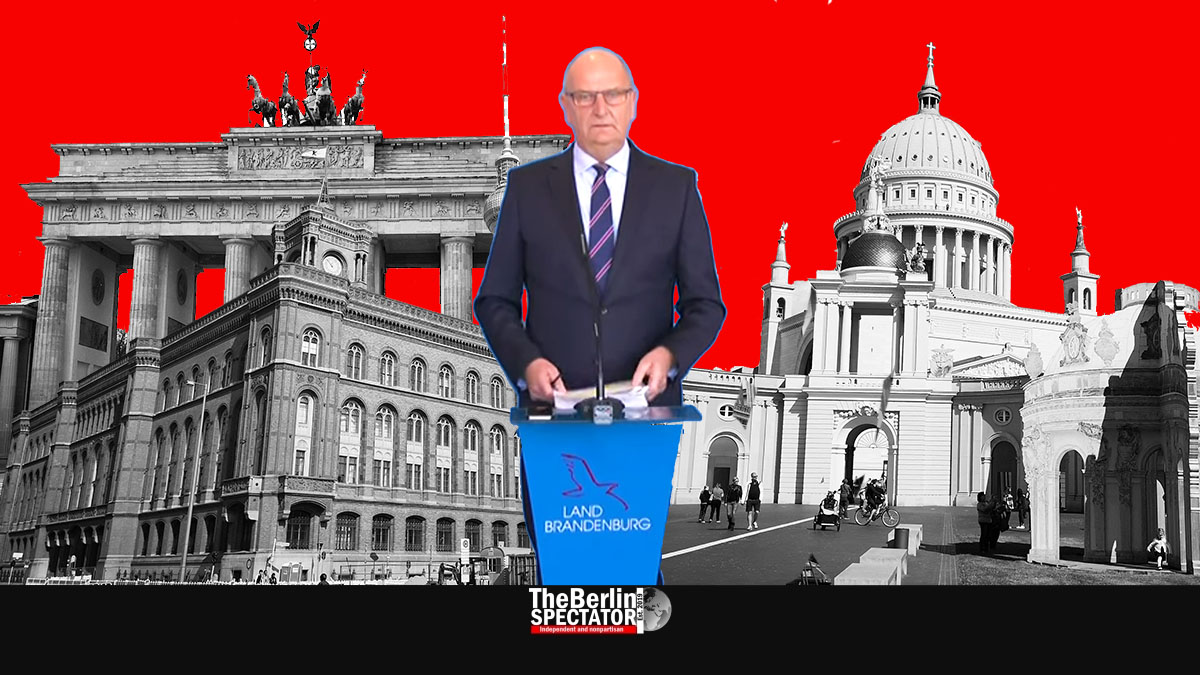 Berlin, November 4th, 2020 (The Berlin Spectator) — With Dietmar Woidke, the next prominent politician, is infected with the Coronavirus. The First Minister of Brandenburg cancelled all of his appointments on Tuesday, went into quarantine and informed his contacts. One of the issues is that Woidke took part in an inauguration ceremony at BER Airport this past weekend.

In theory, he may have infected the people he shared the stage with, including Berlin’s Governing Mayor Michael Müller, Germany’s Transport Minister Andreas Scheuer, airport boss Engelbert Lütke-Daldrup and the CEOs of both Lufthansa and EasyJet, Carsten Spohr and Johan Lundgren. Scheuer and Müller already went into quarantine, as a precaution. Their Corona test results are expected today.

This latest case how dangerous the overall situation is in Germany, including in Brandenburg and Berlin. The latter city state just had to report record Corona numbers. More than 1,500 new infections had to be added to Berlin’s list within 24 hours. Now, 826 Corona patients in Berlin are being treated at hospitals. As many as 218 of them are in intensive care. These numbers are already critical. Berlin might have to put its makeshift hospital with 500 beds in service, at some point.

In Berlin’s Neukölln district, the Seven Day Incidence Number is now 324.9, which means the borough just became Germany’s worst Corona hotspot again. Three more districts in the German capital are above 200. Anything above 50 is considered too high. The Incidence Number for Berlin as a whole is 178.1.

Berlin just changed its Corona rules yet again. Individuals who come to the German capital from high risk areas, do not have to be in quarantine for 14 days anymore, but for ten days. After five days, people in that situation may end their quarantine if they produce a fresh Corona test with a negative result. The new rule will kick in on Saturday. Berlin is a high risk region itself.

In Hamburg, where the situation is deteriorating as well, Professor Stefan Kluge, who heads the Intensive Care at the city’s the University Clinic Eppendorf, said more and more young persons were hit hard by Corona. Their number in ICUs was increasing, Kluge told the Bayerische Rundfunk media network in an interview.