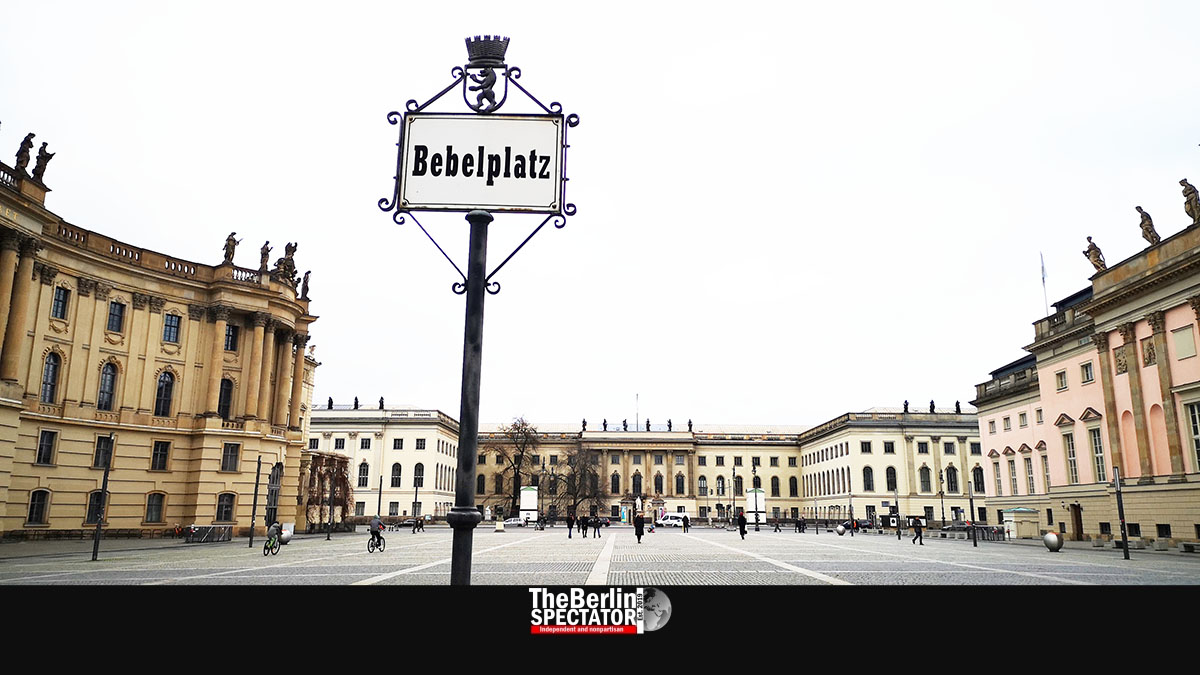 Yes, the virus got us. Yes, the tourists were suddenly gone. Yes, they still are. Yes, the music stopped and no chairs were left. And, yes, there is no culture. But we are still Berlin.

Berlin is closed. All the action is cancelled. But this situation won’t last. We, the Berliners, have three words for you: Bank on Berlin. We will make things work again. Take our word for it.

Our towers might not be high, but they are impressive. The one in the middle is what is left of Kaiser Wilhelm Memorial Church. Its message: War sucks. Berlin was the center of evil when the Nazis ruled from here. Now it is the city of democracy and freedom. Corona will definitely not defeat us.

The Allies partially flattened Berlin while they were fighting the Federal Republic of Germany’s fascist predecessor country. Later, the communist regime of the GDR neglected East Berlin’s historic buildings — those that were still standing. Today, more than 30 years after the reunification, there is a lot of interesting architecture, old and new. Yes, there are many nice cities in Germany. But this is Berlin, folks.

Our little hill at Victoria Park is ridiculous compared to Mount Everest or the Alps, but it does provide a good view on part of the city. This is Berlin. Our city is still here. And the millions of visitors we had, before the virus turned it all into chopped liver, will return.

Beauty starts with a ‘B’. So does Berlin. By the way: There are things people can do even during the lockdown: They can walk or cycle around and find beautiful spots to shoot. We can assure you that Berlin has plenty of those.

There are lots of great spots on this planet. But none of them really compares to Berlin. Museum Island offers truckloads of art and history. Visitors who really want to see it all will need a lot of time. Right now, all museums are closed. But Berlin is still Berlin. Can you dig it?

Sure, there are construction sites at every other corner. But things in the eastern center have actually improved a lot. The Berlin Palace is almost done. And the mess the ‘U-Bahn’ construction caused at ‘Unter den Linden’ is gone. Walking around in that area is interesting. So, this is what Berlin looks like? Apparently yes.

Nobody is staring at the one billion sightseeing spots Berlin provides. Not right now. No tourists are throwing their Mars chocolate bar packaging on the street. Nobody is asking us for the way to the Victory Column in French. Guys, be patient. Count on Berlin. We still are the center of the goddamned universe. And we will prove it. See you soon.