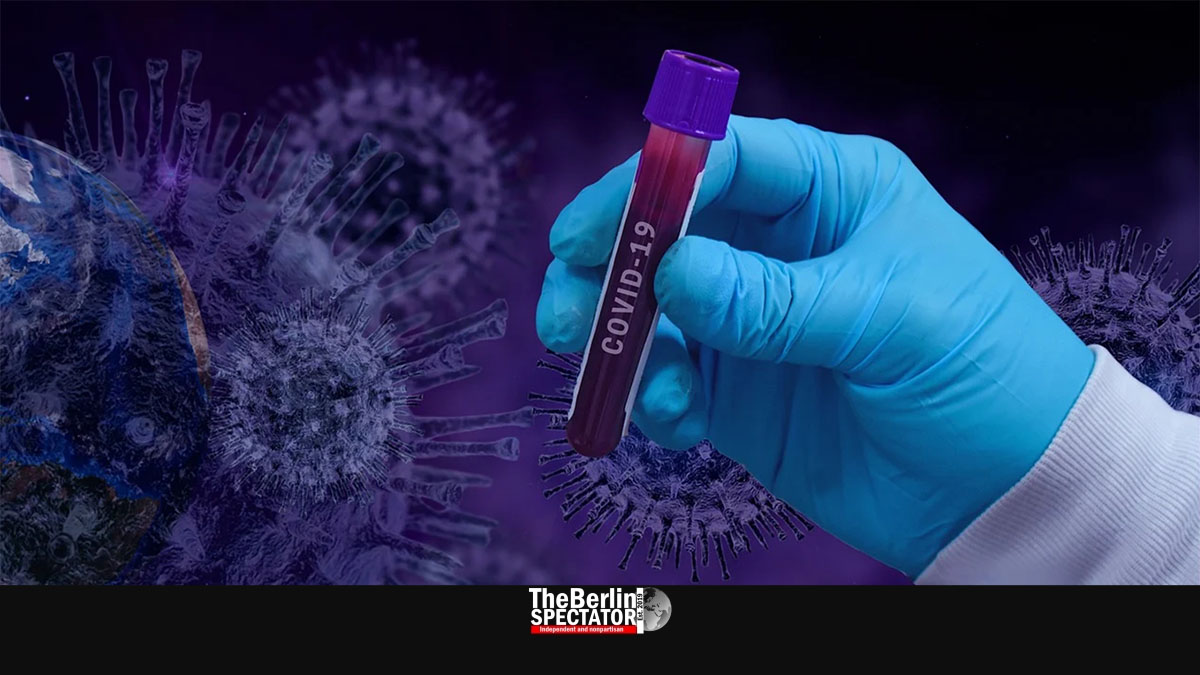 Recently, the Corona situation in Germany improved for a while. Now it is deteriorating again, in spite of all the measures that were taken. The number of Corona-related deaths doubled within a month.

Berlin, January 10th, 2021 (The Berlin Spectator) — In Germany, 465 Corona patients died in the past 24 hours, according to the Robert Koch Institute in Berlin. The total number of Corona-related deaths is now 40,343. It more than doubled since December 8th and more than quadrupled since October 23rd, 2020.

What the number of new Corona infections is concerned, it remains far too high. In spite of the fact that only some local health authorities forward their data on weekends, 16,964 new Coronavirus cases were registered in Germany since yesterday. Those bring the total number up to 1,908,527. The two-million mark is close.

Since Saturday, Germany’s Seven Day Incidence Number climbed from 153.3 to 162.2. This is another sign for the fact that the overall infection situation in Germany is not improving anymore, but deteriorating again.

The Incidence Number for Berlin moved in the right direction only days ago, but now it is approaching 200 again. At this moment, it stands at 191.7. Four Berlin districts, namely Spandau, Treptow-Köpenick, Marzahn-Hellersdorf and Charlottenburg-Wilmersdorf, are above 200 again.

Whether the latest increase has to do with the trips people took for Christmas and New Year’s Eve, the new, more contagious variant of the Coronavirus or other aspects is hard to tell. So far, the relatively low number of people who have been vaccinated does not seem to improve the overall situation.

The German government’s measures against the spread of the Corona virus are being supported by a big majority. According to a poll commissioned by the ‘Bild am Sonntag’ weekly, 56 percent of all Germans believe those measures are right. One in four respondents said they should be even stricter. Only 16 percent said the anti-Corona rules were too strict. This means that the government will probably be able to rely on a lot of support, even if it has to tighten the rules even more.

Germany’s new Corona rules do not include a general ban on daytrips. But tourists are not allowed to stay at hotels. Besides, the federal government and the federal states have asked people not to travel countless times. Some did anyway. Two weeks ago, some skiing resorts in the Harz mountains were suddenly overcrowded.

This weekend, police checked parking lots in and around several mountain ranges. The outcome: There were some excursionists, but those places did not fill up that badly anymore, and the latest contact restrictions seem to be followed by most people.

In Berlin, the city state’s new Corona rules kick in today. They are based on Germany’s new rules, but the Berlin Senate applied some changes. In the German capital, the contact restrictions are more liberal. Single parents can meet people from one different household and bring along their children. In most of Germany, people may gather with up to one person from one different household, no matter how old that individual is.

Schools to Open in Some States

What schools are concerned, they remain closed in most of Germany. Berlin was going to open schools for some grades tomorrow, but dumped the approach when headmasters, teachers and parents protested against this step. It was postponed by a week. Then schools in Berlin were told to decide themselves.

Four federal states are opening their schools for some grades tomorrow. They are Baden-Württemberg, Mecklenburg-Hither Pomerania, Saxony-Anhalt and Thuringia. The latter state is taking this approach even though its Corona infection numbers are among the worst in Germany.