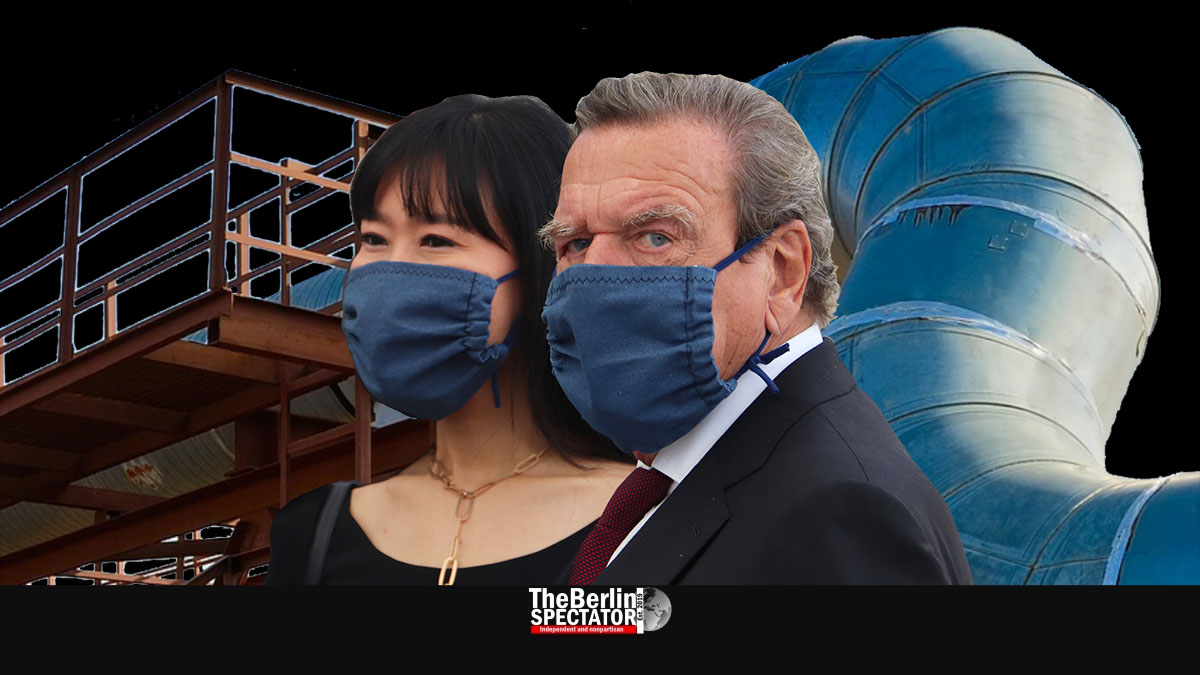 There are many things about North Stream 2 that do not look good. Now a growing list of problems might end the natural gas pipeline project.

Berlin, January 25th, 2021 (The Berlin Spectator) — In Germany, the supporters of the Russian-German natural gas pipeline North Stream 2 just suffered more setbacks. For instance, their hopes regarding the new U.S. administration’s position on the project did not come true. In summer, it was Mike Pompeo who threatened German companies involved in the endeavor: “Get out now, or risk the consequences.”. His likely successor, President Joe Biden’s designated Secretary of State Antony Blinken, does not like North Stream 2 either.

Blinken said in Washington D.C., the Biden administration did not intend to lower the pressure. According to him, the United States will use all instruments available to prevent the pipeline from being completed. The project was “a bad idea”, Blinken stated. He is not alone with that assessment.

According to its supporters, North Stream 2 will make natural gas from Russia cheaper and improve the relations with Moscow at the same time. At this stage, only 150 kilometers (93 miles) of pipes are missing, meaning the gap is small, which is why the project could be completed easily, at least in theory. The latest issue is that several companies who were involved just opted out, in order to avoid U.S. sanctions.

Former Chancellor Gerhard Schröder (see photo at top of page, with his wife Schröder-Kim So-Yeon) pushed the pipeline when he was still in office. Shortly after he lost the 2005 elections to Angela Merkel, he became chairman of the supervisory board at Gazprom, the Russian energy giant that is behind North Stream 2. The fact that he has been fighting for the project in both roles does not look good at all.

Apart from President Vladimir Putin, Gerhard Schröder and the better part of his Social Democratic Party (SPD), the extremist right-wing AfD and the far-left ‘Die Linke’ support North Stream 2, but so do parts of Angela Merkel’s conservative Christian-Democratic Union (CDU) and the Chancellor herself.

There is one man who did not exactly help the pipeline he himself wants so much, namely none other than Vladimir Putin. In 2014, when he annexed Crimea and his Air Force kept on provoking NATO, the project was already in full swing. The Russian murders and attempted murders Putin critics have been targeted by, including Navalny, endangered the pipeline deal as well. Should the poisoning attack on Navalny have ended it immediately? The fact that Putin runs a propaganda TV and web “news” channel in German does not make him a better partner either.

According to critics, one aspect is even worse, namely the fact that Merkel, the SPD and others still want to do business with Putin, in spite of it all. Apart from individuals who criticize the political aspect of it all, there are environmentalists who are saying the pipeline was not ecofriendly, but rather the opposite. There is another aspect cited by opponents: They say North Stream 2 would likely weaken Ukraine’s position, because its gas pipelines would become less important. The question is whether Putin might develop even more bad ideas, seven years after Crimea, once he has the new pipeline he wants.

While German, Swiss and other companies who were involved with Gazprom just decided to drop out, some German politicians are not giving up so easily. Apart from Gerhard Schröder, North Stream 2’s staunchest defender seems to be Manuela Schwesig, the First Minister of the federal state of Mecklenburg-Hither Pomerania, an SPD lady. She tried to get away from American sanctions by going for a legal trick. Her state became part of two foundations that are supposed to advance North Stream 2 while bypassing the threats legally. The pipeline comes out of the Baltic Sea, meaning it hits land, in Schwesig’s state.

America is not the only issue. What will Mrs. Merkel and Mrs. Schwesig do against critics from a continent that is much closer to them, namely their own? On Thursday, the European Parliament approved a resolution in which it demanded an end to North Stream 2. Most MEPs for the SPD, ‘Die Linke’ and the far-right AfD voted against the resolution, while the Greens and the FDP voted for it. MEPs for Merkel’s CDU voted both ways.

North Stream 2 is in a quandary. On the one hand, this is about a political strategy, one that does not seem to work too well. Putin obviously does whatever he wants to, in spite of the pipeline deal. On the other, there are economic interests. Throwing millions out the window is not a very popular idea, especially in the middle of the biggest crisis since World War II. Still, the pipeline seems to be going down the tubes. On the other hand, a Russian pipe-laying ship reportedly just resumed work on North Stream 2, in spite — or because — of it all.

Germany Tightens Checks at Border Crossings Because of Corona Situation