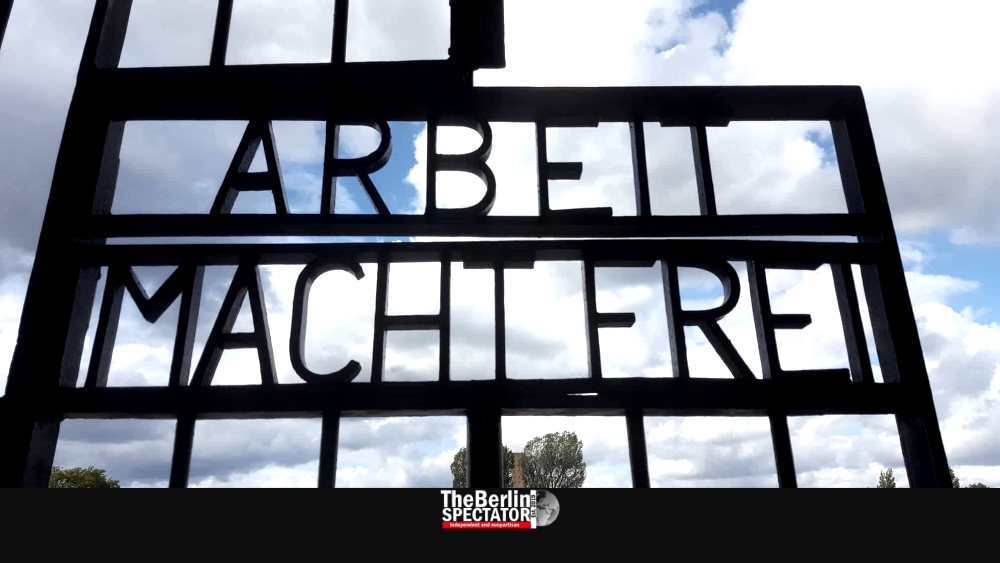 Berlin, February 9th, 2021 (The Berlin Spectator) — Sachsenhausen is located just outside Berlin, in Oranienburg. This is where Nazi Germany ran a concentration camp where tens of thousands of inmates were murdered. The place was also used as ‘training center’ for concentration camp commanders and guards. A large contingent of officers who belonged to Hitler’s murderous SS were stationed in Sachsenhausen as well.

As the NDR reports, a 100-year-old man was just indicted. The prosecution in Neuruppin accuses him of being responsible for complicity in murder in exactly 3,518 cases. This is most likely one of the very last indictments against suspected Nazi henchmen, since most of them have died by now. At this stage, the number of cases of this kind that are being worked on at German courts is lower than ten.

The prosecution in charge of this latest case says the defendant is fit to stand trial, in spite of his age, according to the NDR’s report. He worked in Sachsenhausen from 1942 to 1945 and helped commit murders in cruel ways deliberately. The accused still lives in Brandenburg today. The Regional Court in Neuruppin will decide whether it will approve the indictment.

In several cases, including this one, former concentration camp guards and other persons who were part of Nazi Germany’s genocide have recently been indicted and convicted. For instance, Bruno D., a former guard at the Stutthof concentration camp, got two years of parole in July. The 93-year-old was tried as a juvenile because he committed his crime, complicity in murder in as many as 5,232 cases, as a member of the SS when he was 17 years old.

There is another case of this kind. As recently as last Friday, the prosecution in Itzehoe, a small town in Germany’s north-western federal state of Schleswig-Holstein, indicted a former secretary at Stutthof for complicity in murder in more than 10,000 cases. The defendant, Irmgard F., is 95 years old and reportedly lives in a retirement home in Pinneberg, not so far from the former concentration camp she worked at.

The prosecution accuses Irmgard F. of having been part of the systematic killing of Jewish inmates, Polish partisans and Soviet POWs as the secretary and stenotypist for the camp’s commander Werner Hoppe. Last year, she told the NDR she had not known about the murders until after WWII.

As it turns out, Irmgard F. was questioned about her time at Stutthof in 1954, 67 years ago. Back then, she said she had known her boss had ordered executions. But she had believed the executed had “deserved death.” Just like in the case of the 100-year-old former concentration camp guard in Sachsenhausen, the prosecution in Irmgard F.’s case says the defendant is fit to stand trial. According to the ‘taz’ daily, witnesses in Israel and the United States of America have already been questioned.

If the indictment against Irmgard F. is approved, the trial will have to be held at a juvenile court because of her age during her time at Stutthof, just like in Bruno D.’s case. This would also have implications for the degree of her potential punishment.

In 2016, when most Nazi henchmen had already died, Germany’s Federal High Court of Justice had ruled that individuals who worked at concentration camps can be indicted for complicity in murder even in cases in which a murder of a specific person cannot be proven today, seven decades later.