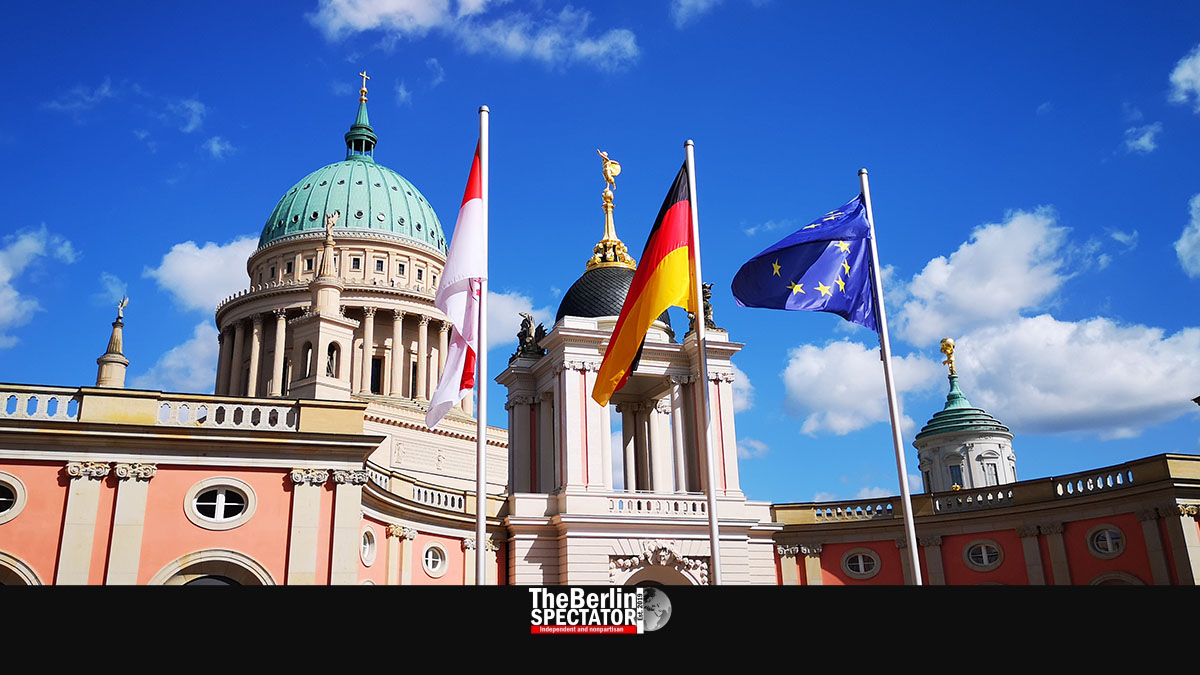 In Germany’s federal state of Brandenburg, nightly curfews will apply in counties with high infection numbers starting next week. Mecklenburg-Hither Pomerania decided to throw out all tourists from other states.

Berlin, April 17th, 2021 (The Berlin Spectator) — While the country is discussing nightly curfews, because they are part of the ’emergency brake’ law Chancellor Angela Merkel wants to push through the Bundestag and Bundesrat, some federal states already put them in place. The latest state to take this step is Brandenburg. From next week, nightly curfews will apply in counties with Incidence Numbers of 100 or higher. Between 10:00 p.m. to 5:00 a.m., people will need valid reasons if they go outside. In counties with Incidences that exceed 200, primary schools and kindergartens will be closed.

Only three out of 20 counties in Brandenburg are below 100 right now, and three are above 200. They are Oder-Spree, Spree-Neisse and Elbe-Elster. Cottbus, which is a city and the county at the same time, has almost reached 200. It stands at 195.6. Because of the rising Corona infection numbers, First Minister Dietmar Woidke’s cabinet will convene for a special meeting today, during which the final decision on the measures is supposed to be taken.

In neighboring Berlin, the infection numbers are on the rise as well. The Incidences in two out of twelve districts, Neukölln and Reinickendorf, are above 200. Spandau is about to exceed 200. For the entire city of Berlin, the Incidence just increased to 158.6, and the number of Corona patients that have to be treated at the German capital’s hospitals is on the rise.

Tourists Kicked Out of State

The Incidence for Germany rose to 160.7. Only one out of sixteen federal states, Schleswig-Holstein, is below 100. Two of them, Thuringia and Saxony, have exceeded 200 by far. Four hundred and forty-five days after the first Corona infection was reported in Germany, the situation remains serious. Chancellor Angela Merkel’s ’emergency brake’ law is supposed to force counties to apply strict measures when their Incidences reach or exceed 100. A big argument about the right way to go in the Corona crisis has been going on for several weeks.

Amid rising infection numbers, the north-eastern state of Mecklenburg-Hither Pomerania now wants to kick out tourists, including residents of other states who own holiday apartments at the Baltic Sea beach or elsewhere. Permanent campers and owners of boats are affected as well. All of them, and all other tourists, need to leave the state by Friday, its government in Schwerin announced. First Minister Manuela Schwesig said at the state parliament, Meckenburg-Hither Pomerania was the state with the harshest travel restrictions. “And we stand by our rules”, she stressed.

Germany’s Corona vaccination campaign is continuing at a considerable speed. On Thursday, 658,000 doses of vaccine were administered. Chancellor Angela Merkel got her first shot on Friday. She said she was glad she had been vaccinated with the AstraZeneca vaccine.

Germany: More than 19 Percent of Population Vaccinated Against Corona