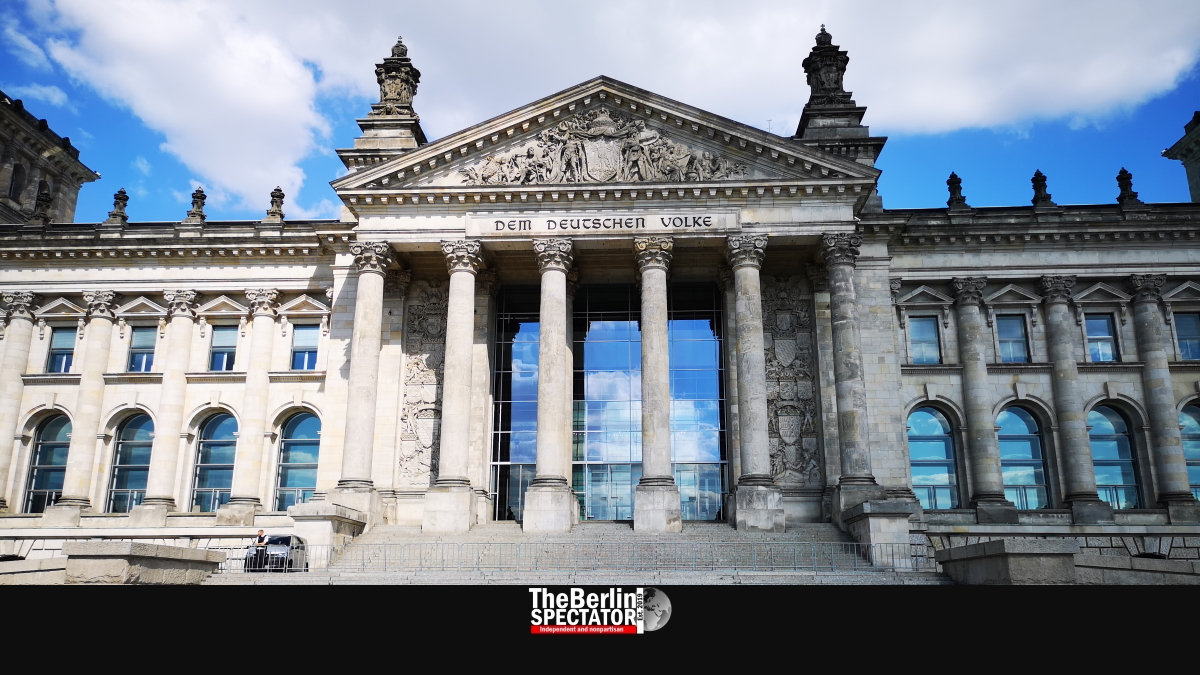 As soon as tomorrow, the new ’emergency brake’ law is supposed to pass the Berlin Bundestag. At the last moment, the draft was changed. One rule was tightened, others attenuated.

Berlin, April 20th, 2021. Update: April 21th, 2021, 06:29 CEDT (The Berlin Spectator) — At the Berlin Bundestag, the factions of the government parties CDU, CSU and SPD weakened the ’emergency brake’ Chancellor Angela Merkel insists on. They changed the draft for the amendment to the existing Infection Protection Act Mrs. Merkel wants to push through the Bundestag and the Bundesrat. Parts of the opposition still reject the amendment.

Amendment to be Passed Tomorrow

The draft for section 28b, which is supposed to become part of the law, now sounds very different, according to numerous German-language media. Originally, Angela Merkel had included nightly curfews from 9:00 p.m. to 5:00 a.m.. Now, those curfews are supposed to begin at 10:00 p.m. instead, and they contain more exceptions. Unt6il midnight, individuals may take late night walks or go jogging as long as they are alone.

On Wednesday, the Bundestag is supposed to pass the law amendment with the majority of the government parties. It will force counties with Incidence numbers above 100, to take stricter measures. At this stage, most counties and cities in Germany are in this situation, meaning the ’emergency brake’ will apply in most of the country once it is part of the law.

While the part about those nightly curfews was attenuated to a certain extent, the rules for schools were tightened. In the original draft, schools were supposed to be closed and switch to online classes in counties in which the Corona Incidence exceeds 200. This number was now decreased to 165. How the factions of those parties got to this kind of number is unclear. They could just as well have picked 167.38.

Special-needs schools and graduating classes are supposed to be exempt from the rule, meaning they will continue their on-site classes even with extremely high Incidences. The Seven Day Incidence Number this draft is based on shows how many persons per 100,000 inhabitants have been infected with the dangerous Coronavirus in the past seven days. The ’emergency breake’ is supposed to kick in once a city or county has been above 100 for three consecutive days. An earlier version of the ’emergency rake’ was approved by Chancellor Angela Merkel and all First Ministers weeks ago, but ignored by many federal states.

The original idea was to close all non-essential shops at Incidences above 100. In the latest version of the draft, retail business owners may still welcome customers who produce negative Corona tests. At a level of 150 and above, merchandise ordered online may still be picked up at the store. Botanical gardens and zoos were supposed to close at Incidences of 100 and above in the original ’emergency brake’ draft. According to the new version, they may still open for visitors with negative Corona tests. And up to five kids up to 14 years of age will still be allowed to engage in contactless sports activities.

According to both the original and the changed draft law, employers have to offer their employees two Corona tests per week, unless they work from home. Persons with negative Corona tests and those who have received two vaccine doses are supposed to be granted more rights than everyone else.

The discussion about the ’emergency brake’ has been dragging on for weeks. Because several federal states ignored decisions they themselves had supported, for instance by reopening businesses in spite of rising infection numbers, Angela Merkel had threatened some of her colleagues in the federal states by saying she would amend the Infection Protection Act if they did not implement them. This is what she is doing now.

Parts of the opposition still reject the amendment to the law. The FDP’s chairman Christian Lindner announced his party would “not be able to agree”, and the extremist right-wing AfD will definitely not approve the ’emergency brake’, while the Greens might.