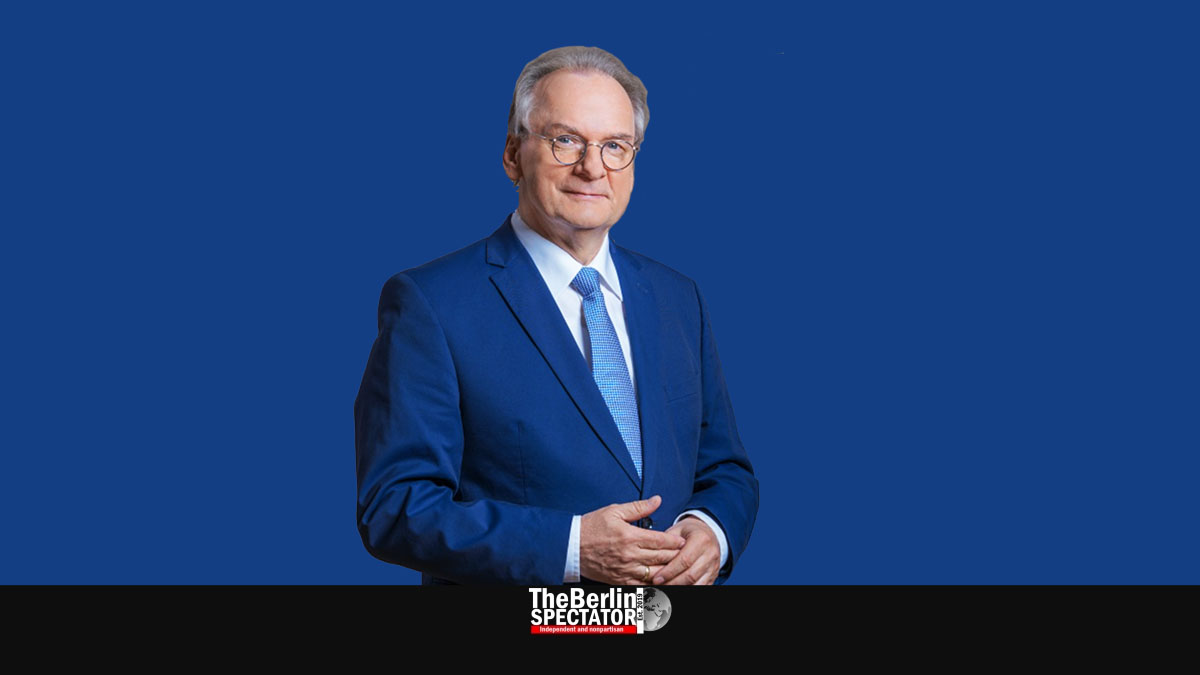 Saxony-Anhalt, a federal state of about 2.2 million inhabitants, is about to hold state elections. A lot is at stake, as they always say. But this time, the extremist right-wing AfD could win.

Berlin, May 30th, 2021 (The Berlin Spectator) — First Minister Reiner Haseloff is a man of values and faith. The Catholic conservative may stand for an old-fashioned worldview with which he probably would not get too far in a city like Berlin. But in his province, putting families first the way he does makes a lot of sense. “To us, the family is not some obsolete ideal”, it says in his party’s official election program. Haseloff is part of Angela Merkel’s conservative Christian-Democratic Union (CDU).

He is credible, also because the conservative values he sells are the ones he lives. He has been married for many decades, has two sons, and he goes to church every Sunday unless Corona keeps him from doing so. He was born in Wittenberg, where Martin Luther published his 95 theses against the abuse of indulgences in 1517. The town is part of Saxony-Anhalt, meaning he is not some imported ‘Wessi’, which is the word for former West German citizens. Haseloff never produced any scandals, and most likely ever will. His speeches do not exactly thrill people, but his voters value his credibility more than showmanship he cannot deliver.

The CDU and its coalition partners — from 2011 to 2016, it was the SPD, then they had to add the Greens — in Saxony-Anhalt have a good record to show. Since Haseloff took over, the salaries rose and joblessness decreased by 27 percent. Now the CDU says it wants to work on the economy’s recovery after Corona, give former coal workers a perspective after this energy source’s phaseout, and digitize the state. On top of it all, the conservatives firmly reject any tax hikes. If this is not convincing, what is?

So, everything could be fine if there was no elephant in the room. In Saxony-Anhalt, the extremist right-wing AfD might actually become the strongest party. According to a poll by the institute INSA which was conducted for the ‘Bild’ tabloid, the radicals could get 26 percent of the vote, while the CDU might reach 25 percent. Other recent polls give the CDU a modest lead. Both the center-left SPD and the Greens are weak, with around 10 percent each, the liberal FDP can expect around 8 percent and the far-left ‘Die Linke’ 11 percent.

Even if the AfD wins, it will most likely not be able to lead any government because nobody will form a coalition with the extremists. But a win would set an example all democratic parties need to prevent. The formation of another anti-AfD government coalition is a foregone conclusion, whatever happens. But bolstering the AfD’s self-confidence is something no democrat in the state capital Magdeburg wants.

On Tuesday, five days before the state elections, Reiner Haseloffs government is supposed to lift some Corona restrictions, because the infection numbers are slumping. Whether this election present will give the CDU a victory over the AfD remains to be seen. There is a chance. In several federal states in the area of the former GDR, about one in four voters supports the AfD. On the nationwide level, they only have about 12 percent right now.

The CDU’s new chairman Armin Laschet appeared at some election campaign events in Saxony-Anhalt. Also because most of his colleagues in this state, including Reiner Haseloff, had supported other candidates for the party leadership it is unclear whether Laschet’s presence helps or hurts the party. The answer to all open questions will be found in the election results on Sunday, June 6th, 2021.