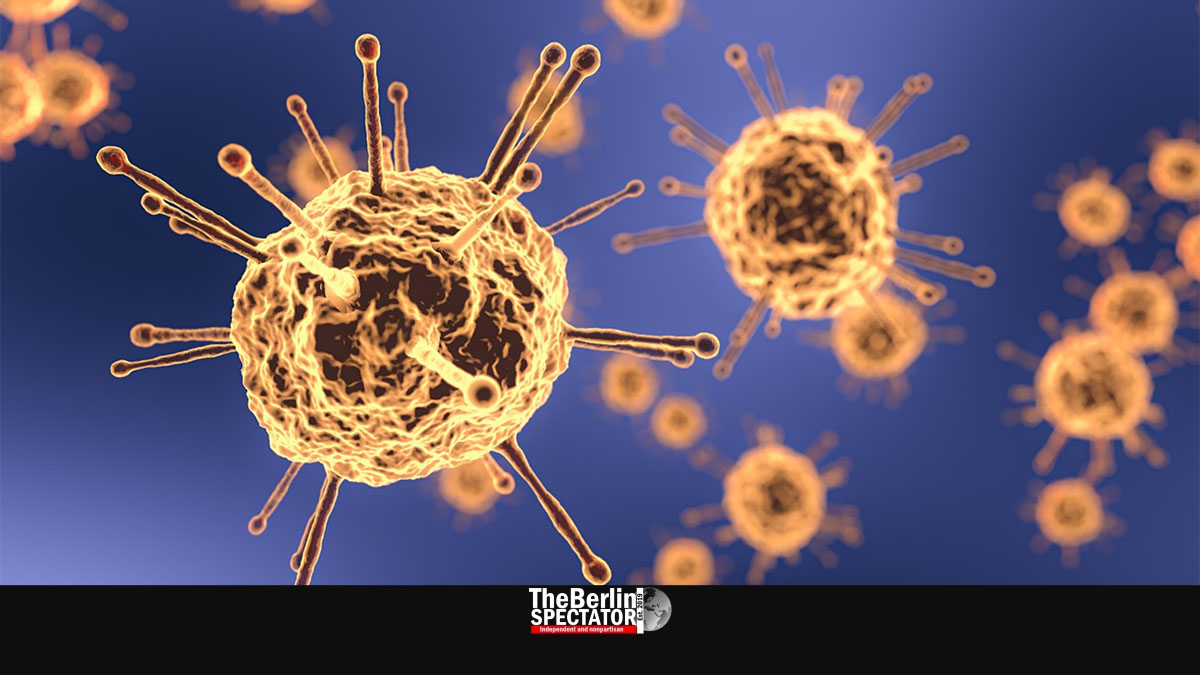 In several Bavarian counties and parts of south-eastern Germany, the Coronavirus infection numbers are going through the roof again. In at least one case, ‘super spreader events’ are to blame.

Berlin, October 17th, 2021 (The Berlin Spectator) — For several months, the Coronavirus seemed to be under control. Germany had reason to hope the worst part of the pandemic was over. But now, almost a month after the official start of the cold season, the infection number in some of Germany’s 412 counties are reaching alarming levels. Most of those districts are located in Bavaria.

In three federal states in Germany, the Seven Day Incidence is above 100 again. They are Bavaria (109.0), Saxony (113.8) and Thuringia, where it just reached 135.6. The Incidence shows how many persons have been infected with the Coronavirus per 100,000 inhabitants in the past seven days. The Robert Koch Institute (RKI) fears that people who will be returning from fall vacation trips these days might push up the infection numbers further. This is what its Director Prof. Lothar Wieler told the ‘Funke Mediengruppe’.

But in Germany’s south-east, the alarming increase has to do with other aspects too. A few days ago, there were three counties with Incidences higher than 200. Now there are twelve. In Bavaria, Regensburg, Miesbach, Rosenheim (both the city and the county around it) and Cham are above 200. The same applies to Bad Tölz-Wolfatshausen, Mühldorf am Inn, Straubing-Bogen, Traunstein and Berchtesgadener Land.

In the latter county, the Incidence stood at 336.7 on Sunday. This is the kind of level Germany has seen during the peaks of the first three Corona waves. For Traunstein county, the RKI reported an Incidence of 297.5, meaning it might exceed the 300 mark as well. Since Corona hit Germany, Bavaria has been one of the country’s Corona hotspots several times, also because of its geographical location. The state is basically the entrance to Germany from the Balkans. Besides, it is a tourist magnet.

Two eastern German counties have extremely high infection numbers too. They are Mittelsachsen in Saxony and Kyffhäuserkreis in Thuringia, a county with 73,000 inhabitants. Here, the trouble started after a soccer team of young men gathered in a changing room after a training in mid-September, as the ‘Redaktionsnetzwerk Deutschland’ (RND) reports. One of the players was infected. It did not take long until almost all of them were. Two more Corona outbreaks in this county were reported at a big wedding and a class trip.

As the RND accurate reported, the Kyffhäuserkreis case shows two things: First of all, the Corona pandemic is not over. Secondly, the virus still punished political decisions. When Corona rules are being eased and the virus sees an opportunity to spread again, it will use it. Without the ongoing vaccination campaign, the situation would probably be a lot worse. In Thuringia, the situation is a little different through. With 60 percent, the immunization rate is lower than the German average.

Germany’s Incidence increased a little. According to the RKI, it stands at 72.2 today. In Berlin, it just rose to 85.7 from 82.1 on Saturday.