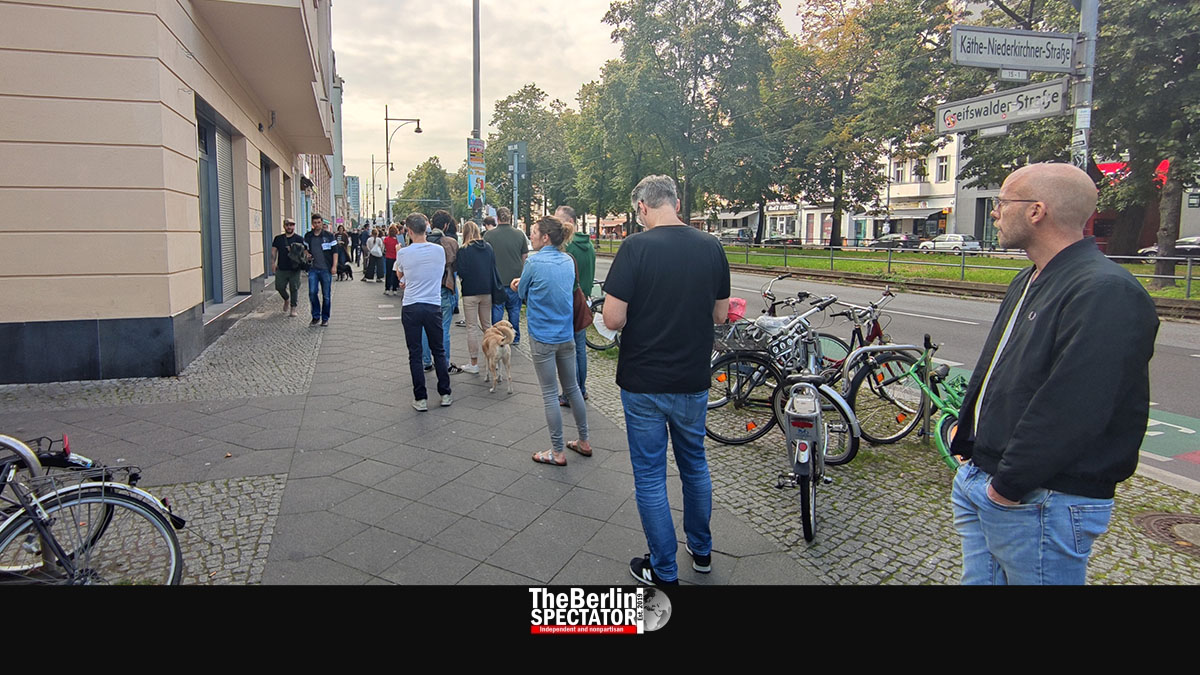 On September 26th, 2021, several elections were held in Berlin. The numbers that were released show one thing above all: The situation in the German capital on Super Sunday was chaotic, to say the least.

Berlin, October 16th, 2021 (The Berlin Spectator) — The chaos that hit Berlin during the three elections that took place on September 26th was extensive. Irregularities of this kind should not happen in the election process, especially in one of the world’s major democracies.

Exactly 2,447,600 Berliners were eligible to participate in the elections, and 1,845,445 of them actually voted. Berlin’s election commission approved the results of the elections for the Berlin House of Representatives. Seven members voted in favor, one against, according to a report the authority released. But many voters ran into issues, and the list of problems is long. With countless different candidates in the twelve Berlin districts, it is safe to say these were complex elections. As many as 115 different ballots had to be printed.

As it turns out, there were indications for issues a month before the elections, when Berlin’s election authority learned that wrong ballots for the elections on the federal level had been sent to the Reinickendorf and Spandau boroughs. The boxes that contained them were mislabelled. At this point, the alarm bells should have been ringing more loudly than they did. But, on August 30th, the election districts were asked to check their ballots thoroughly. The problem is that several of them failed to do so.

At 24 polling locations, wrong ballots were given out to voters in 1,608 cases. Some 800 of those were used in Berlin’s Steglitz-Zehlendorf district. And this is only the tip of the iceberg. At 54 locations, a total of 5,000 ballots for the state elections were not handed out to voters, even though they were available. Some of the problems, including this one, are not really explainable.

Ballots were brought to some electoral districts a week before Super Sunday. In other cases, a minimum of ballots were taken there ahead of time, while more were supposed to be delivered on election day itself. Neither of these approaches worked. Even in cases in which there was enough time to check the ballots, this opportunity was not used. The transport of ballots on election day did not work too well either, because of the Berlin Marathon that took place on the same day. In the entire city, streets were blocked to motorized traffic. This issue should have been foreseen, but obviously was not.

As a result, there were not enough ballots at numerous polling locations. Seventy-three of them closed temporarily. Long waiting lines of voters built up. The report released by the election commission says some of the polling stations had closed for unknown reasons. In some cases, those breaks took two hours.

According to Berlin’s departing election administrator Petra Michaelis, the issue of missing ballots was discovered because voters complained. This aspect shows that some election workers obviously had no clue what they were doing. They should have known it would be a complex election, with a total of six ballots per voter. In the election districts 1 (Marzahn-Hellersdorf), 3 (Lichtenberg) and 6 (Charlottenburg-Wilmersdorf), this issue may have affected the election outcome on the state level because the races between the local candidates for the Berlin House of Representatives were tight. Something will have to happen here.