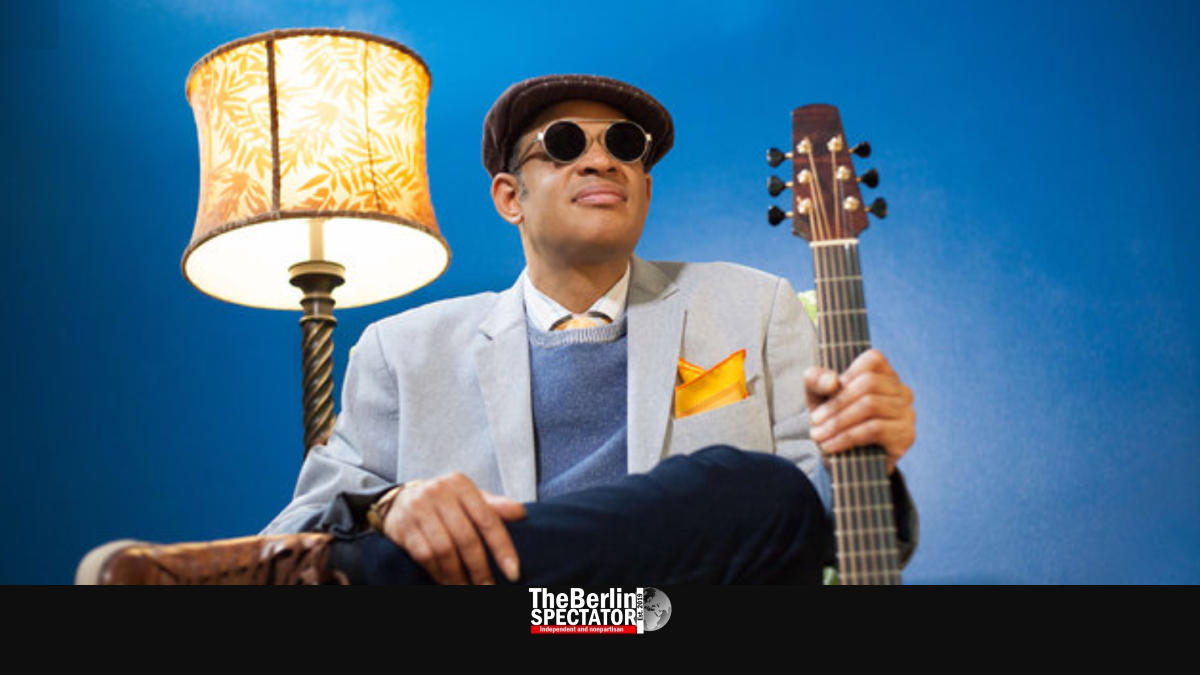 Raul Midón developed a unique way of composing and playing his instrument. He basically created his own genre. There is only one Raul Midón. And he is coming to Europe. Dresden is on his tour plan.

Sofia/Bulgaria, February 12th, 2022 (The Berlin Spectator) — In 2005, something happened. ‘State of Mind’ was released, Raul Midón’s third studio album, but the first one which got a lot of attention, including outside the United States of America. When he played the title track, his audiences looked at him in awe.

Midón, a genius guitarist and vocalist from New Mexico, introduced guitar-slapping to the world. The way he used his instrument as three instruments, namely a guitar, a bass guitar and a drum, impressed and mesmerized his growing fan base. On top of it all, his songs were, and still are, just as beautiful as they were soulful.

Since, Raul Midón has performed both as a one-man band and with his group. He has recorded five more studio albums and a new live record. Also he was nominated for Grammys twice. In one case this was about his 2017 album ‘Bad Ass and Blind’, both of which he actually is. He got the other Grammy nomination for the 2018 album ‘If You Really Want’ which included the Metropole Orchestra from the Netherlands.

He obviously does not need bands, because he is one when he hits the stage on his own. But he seems to like having fellow musicians around him. Maybe he wants some of his gigs to include stronger beats, or he might like being accompanied at times.

In the early days of his career, he worked with artists like Shakira, Alejandro Sanz, Julio Iglesias and Jose Feliciano as a backing vocalist. Yes, they are all artists of Latin American descent. They chose him because he is brilliant, and because he sings in both English and Spanish without the slightest accent. His father was Argentinian, his mother African American.

As newborns, Raul Midón and his twin brother were put into an incubator in a rural hospital. Since they did not have the eye protection they needed, they turned blind. During a recent gig, Midón said his album title ‘Bad Ass and Blind’ was some kind of a “coming out”, because people had hardly ever asked him about his blindness until then.

His handicap does not stop him from doing anything. At his home in the U.S. he had a recording studio built. It contains technology which enables blind people to do recordings without help.

A tune called ‘Mi Amigo Cubano’ is among the most beautiful tunes Raul Midón has recorded. He wrote the piece with the Soul legend Bill Withers and translated it to Spanish, which was Withers’ idea. The outcome is phenomenal. At the same time, calling any of Midón’s tunes “one of the most beautiful” is counterproductive because they all are.

And most of them are message songs, meaning Raul Midón is not the kind of artist who would sing what everyone else sings, but a true singer/songwriter. “Gotta give a lot of love before my time runs out” is the chorus of ‘Gotta Gotta Give’, another brilliant tune of his. ‘Sunshine I can Fly’ is a fascinating example of the material he recorded with the Metropole Orchestra. His tunes with Bossa Nova influence are breathtaking too.

Oh yes, there is more good news: None other than Raul Midón is coming to Europe, for a tour which will take him to France, the United Kingdom, the Netherlands, Switzerland and Germany. ¡Bienvenido! The U.S. leg is only days away. Tampa, Miami Beach, Aspen and Portsmouth (New Hampshire) are on the list.

Then, on April 21st, 2022, he is scheduled to perform in Clermont-Ferrand (France), before he goes to London, Eindhoven (Netherlands), Basel (Switzerland) and Dresden. Here, Midón will be hitting the stage at the ‘Alter Schlachthof’.

Raul Midón’s entire touring schedule can be accessed on his website.
Tickets for his Dresden concert are available here.