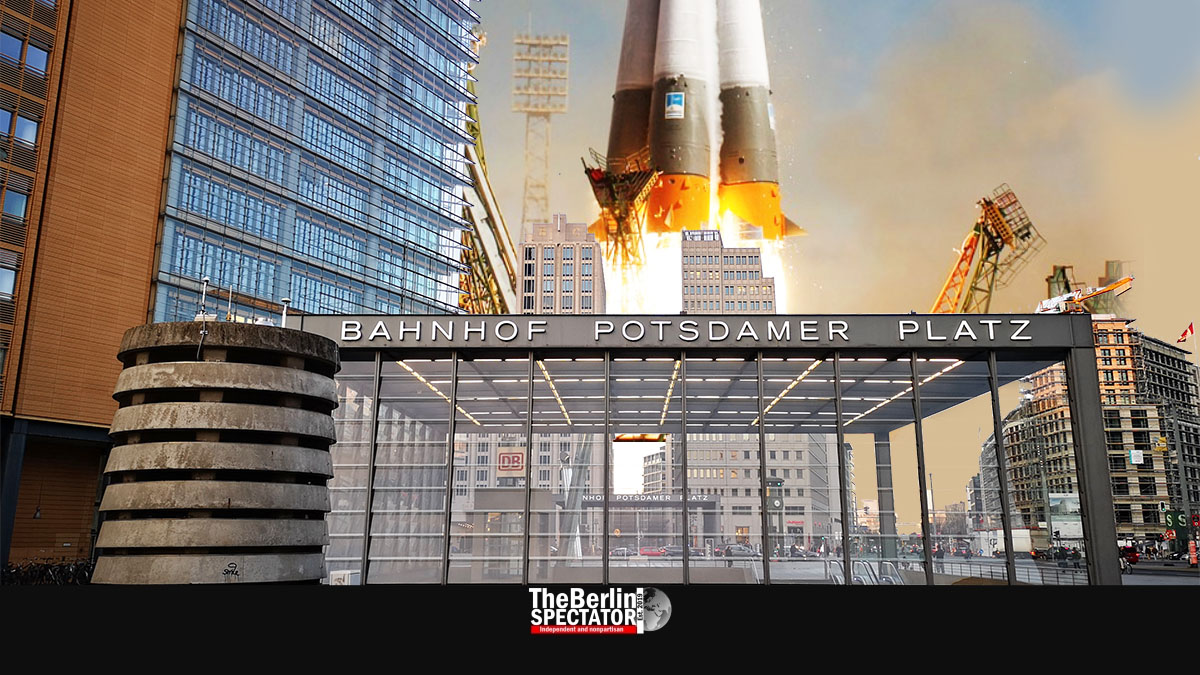 The Berlin Senate just announced a big plan: In order to bolster Berlin’s status as a city of science, a space port will be constructed in the German capital. The project is supposed to be completed in late 2024.

Berlin, April 1st, 2022 (The Berlin Spectator) — Governing Mayor Franziska Giffey had trouble hiding her excitement about the latest project her Senate just agreed to. “The Berlin Space Center will be operational in two years from now. Berlin now is the most important space city in Europe. The final frontier is in reach.” Late last night, Mrs. Giffey’s coalition partners agreed to a compromise. Originally, she wanted to have two space ports constructed. They approved one.

Apart from the question who will cover the expected costs of 22 billion Euro (24.6 billion U.S. Dollars or 18.7 billion Pounds Sterling), the Berlin Senate is trying to find an answer to an even more important one: Where exactly will the Space Port be located? Right now, the Mayor favors a plot in the Charlottenburg borough. If it becomes the final choice, six hotels, a mall, twelve apartment blocks, one bakery and a sex toy store will have to be moved to other locations.

According to a poll that was just conducted, Berliners are split on the question whether a space port in their city is a project worth pursuing. Sixteen percent said they were hungry, 19 percent slapped the interviewer and 65 percent stated they did not understand the stupid question. But 244 percent believe Berlin will pull even more tourists and sell more Currywurst once the project is up an running.

A destination for the first space flight to leave Berlin has not yet been officially announced. “This is a question of secondary importance”, the future Berlin Space Port’s Director Martha Armstrong told The Berlin Spectator. “But be assured that we will go to a major planet.” An official who wanted to remain anonymous said the first mission would likely take a team of four astronauts to Earth. “It is about time we discovered Earth. We received some weird transmissions from there.”

According to astronomers at NASA and ESA, Earth harbors creatures called ‘humans’ who get up in the morning, eat, work, eat again and then go to sleep. A day on Earth has exactly the same duration as it does on this planet. Because of its perfect distance from the Sun, it is located in a habitable zone. The trip to Earth on an ‘Omicron XII’ rocket, which is propelled by four boosters with 8 cylinder engines, is said to be rather short.

On the space ship carried by the rocket, the astronauts who participate in the mission to Earth would have to “wear masks at all times”, the Berlin Space Center’s future management announced. Also, they need to order their beverages and meals in advance. In order to use the onboard toilet, they have to book time slots online. The movie that will be shown on the ‘Omicron XII’ rocket during the trip to Earth is ‘Narrow Margin’ with Anne Archer and Gene Hackman.