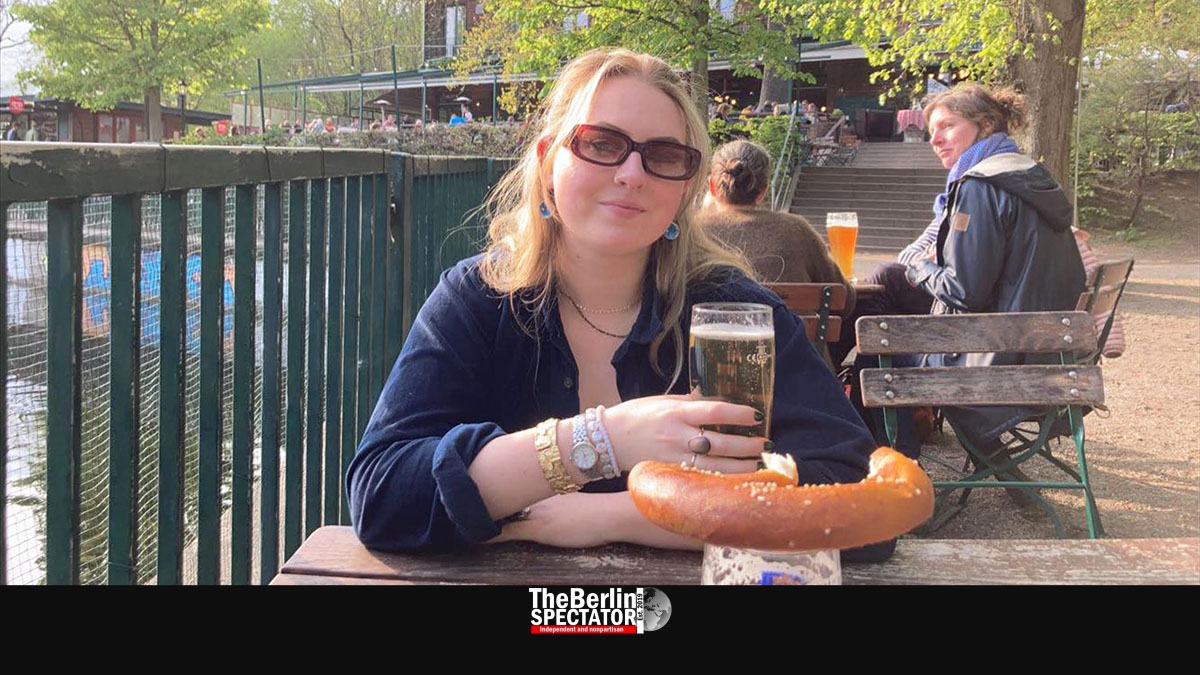 It’s not common to think about learning a foreign language when you come from the UK. It’s even less common to devote your undergraduate degree to the further study of another language when your mother tongue is one of the most widely spoken languages on the planet. And it’s only a very unique series of events that leads to the compulsory study abroad placement of your German degree to fall in the final year of the UK’s involvement in the Erasmus+ scheme as we know it, six years post the fateful Brexit referendum decided the country’s future as a European outlier.

Berlin, May 3rd, 2022 (The Berlin Spectator) — I was 11 when I first picked up a German textbook in a crusty comprehensive school classroom on the outskirts of Oxford and realised that I had an interest in languages uncharacteristic for someone who couldn’t be more of a product of the anglosphere if they tried. Choosing my options for further study in 2016, I didn’t cast a thought to the way in which the rapidly unfolding Brexit situation would affect my future as a languages student. How naïve I was! Here I am now in 2022, rather pensively sat on my Kreuzberg balcony writing this feature with much of my year in Berlin now behind me. “So, what’s it like to move to Germany from the UK post-Brexit?”, I hear you ask. Keep reading to find out!

Armed with my Boris-commissioned ‘beautiful, new, bloo’ passport, I boarded a coach to London with a spring in my step. “Well”, I thought to myself, “if I have to get a visa from the German embassy to move to Berlin, I might as well make a trip out of it”. Little did I know, this would be the beginning of a three-month debacle chasing embassy officials for the required approvals and permissions, and that I’d return back to my Manchester flat with my tail between my legs, empty handed. First, I was met by a scowling woman behind a glass screen and told what I had presented wasn’t good enough: hadn’t I checked the website, and did I know that most people wouldn’t take such pity on me in Germany?

After pleading with her and explaining how hard it would be for me, a mere student, to spend the money to come to London again for a second appointment, she reluctantly took my passport, and warned me of the difficulties that lay ahead. She wasn’t wrong – I then spent weeks on end on the phone attempting to just get through to talk to someone about the progress of my application and chase up further issues that had arisen (entirely on their end, may I add). I finally received my visa six days before I was due to fly. An annoyingly close call, but an eventual relief. At the end of the day, I can understand the embassy’s frustration – I can imagine they felt just as blindsided by the British government as I did, and all the new rules and regulations put in place now serve as a deserved reminder of the difficult route Britain chose for itself.

Germany is renowned for its thoroughness and attention to detail, and in terms of official documentation, this stereotype certainly rang true: the previous visa issue was only the beginning of my troubles. I had quite the rude awakening at Berlin Brandenburg airport when I realised I’d have to stand in the non-EU passport queue and get a stamp upon entry. Then, my first few weeks in Berlin involved everything from Anmeldungen and covid certificates to having to show my British driver’s license as ID to very confused police officers, just so I could get onto my road when a protest was taking place. Even doctor’s receptionists sneered at a fellow British student when she presented them her European Health Insurance Card, asking if she hadn’t heard that the UK had left the European Union. Of course, why would they know that these cards are actually still valid until their expiry, regardless of our current state as non-EU members? It’s not exactly widespread information.

It’s not all been negative, though – being able to meet other Erasmus students from all over the continent has prompted much needed discussion and time to enjoy each other’s company and learn about our similarities and differences. It’s a relieving feeling being able to explain that there remains a group of British people who are still open to cultural exchange, and to remind myself of what being European is all about. Some of my best friends hail from everywhere from Slovenia to Ireland, and I hope I continue to be able to surround myself with such a diverse set of people.

Every time I do something that evokes particular joy in Berlin, whether it be Späti-hopping with friends or trying out a new club, I have to stop and think to myself how lucky I am. Yes, it hasn’t been easy to get here, but it’s only going to get more difficult in the next few years as the consequences of Brexit become further set in stone. It’s easy to focus on how much I’ve lost as I’m forced to follow my fellow countrymen and women on their triumphant march towards the promised land of glittering British exceptionalism, but at least I’m able to soak it all up in Berlin for a year, and most importantly, hopefully prove that some of us still want to enjoy everything Europe has to offer.