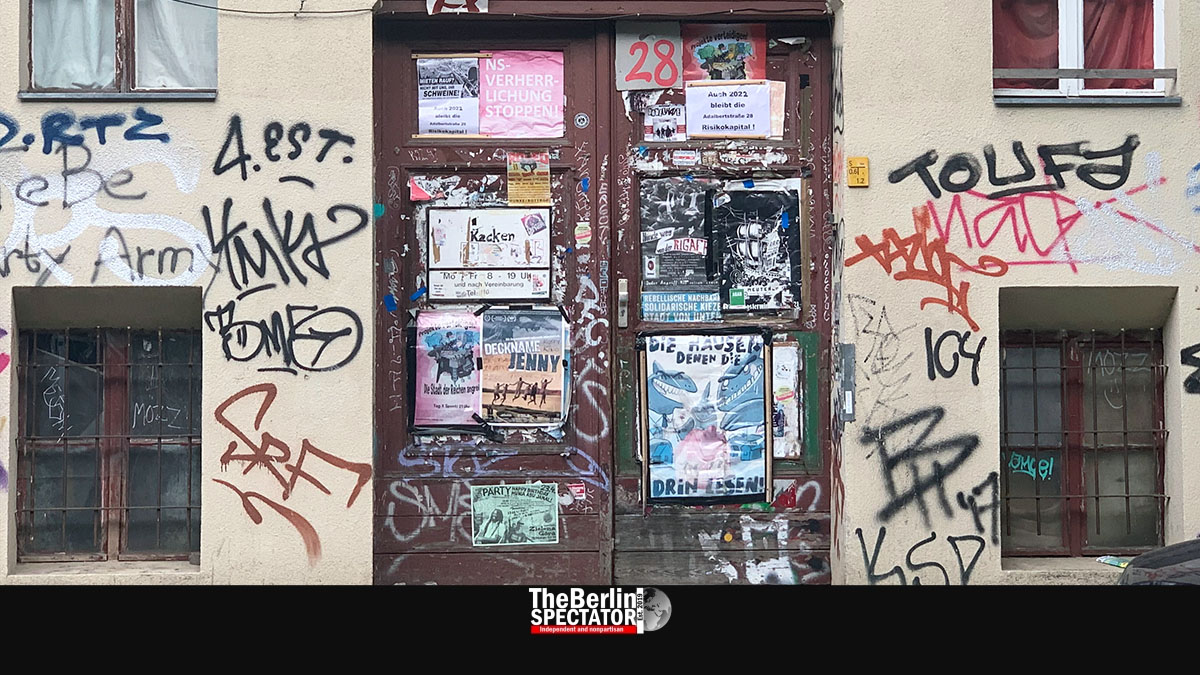 You would think that being accepted at one of Berlin’s world-renowned universities would be cause for celebration – and often it is, until it becomes apparent that it’s time to sort out finding a place to live. Usually, looking for accommodation, whether it be a Wohngemeinschaft (WG) or a studio apartment, is an exciting undertaking, with all sorts of possibilities of a new lifestyle and new connections looming on the horizon. However, this generally isn’t the case in Berlin.

Berlin, May 15th, 2022 (The Berlin Spectator) – Berlin’s housing situation has become a crisis in the last decade or so, largely thanks to an expanding population. A growing metropolis that was once renowned for its affordable living has now seen a huge surge in popularity, and housing demand is rapidly exceeding supply, pushing prices out of control. As ever, social groups with low income are the most significantly affected by this critical state of affairs, with a considerable chunk of them being the students at Berlin’s 30+ universities and higher education institutions. We reach out to some of Berlin’s current undergraduates to find out about the range of experiences of finding accommodation in the city.

Most students’ first impression of the Berlin housing market is through WG-Gesucht, where many young people look to club together and rent flats as a group to reduce rent. Whilst this sounds relatively resourceful and well-organised, a friend of mine described the situation to be pretty hopeless: “Zimmer ist jetzt besetzt. Viel Erfolg.” (“Room is occupied now. I wish you success.”) – my most received message. My experience of flat hunting in Berlin has been hours and hours of mindlessly scrolling through apps such as this and applying to everything with a roof and door to only receive no answer. Ghosting in Berlin isn’t only experienced through dating apps, but in flat hunting too. It’s fair to say this the experience most people I know of have had with WG-Gesucht.

Sometimes, it’s worse than just no responses or not being selected. Desperation seems to be leading people to scams in the hunt for a place to live in Berlin. Because people know they have to sort somewhere to live fairly rapidly, they fall for quick fixes and low, low prices that just aren’t seen here. Furthermore, scammers know they can prey upon these vulnerable renters who are entering the market for the first time. A student I spoke to opened up about a scam she and her roommates encountered in their search. Her experience was that the scammers didn’t really ask for proper documentation, just passports, and placed a bizarre emphasis on trust and favours. Luckily, she realised what was going on before it was too late, but unfortunately, stories like this are all too common. As well as the scamming problem, someone even spoke to me about racism in the selection process. This student suspected her Persian surname played a role in the fact she got rejected without reason from many apartments, despite the fact she grew up in Germany.

Due to difficulties such as these, students end up being pushed into overpriced, corporation-owned housing in the centre of the city. Many of these such rooms are marketed specifically at students, advertising luxuries such as en-suite bathrooms and on-site gyms. Most people I spoke to, though, don’t want to live like this as a student – sometimes they’ve just had to resort to it as it’s the only place left to go. Another common workaround I’ve seen is to sublet. Whilst this works for a few months, it still means that people have to return to the drawing board a few months down the line. Most people I know who have done this have had to move at least twice in the past eight months.

It’s not necessarily all bad, though. Among the negative experiences, some more reassuring stories do arise. Happily, I can report that I’m one of the lucky few who had a relatively easy time finding long-term accommodation here. My search began on Facebook, where I stumbled across an equally confused international student putting a general request out for advice and offers. In the comment section, my housing agency had replied saying they could provide exactly the facilities he was looking for, complete with Anmeldung (registration) appointment booking, English-speaking employees, well-located properties and most importantly, non-extortionate rent prices. According to their website, the effect of the housing crisis on foreign students is the reason they started their business in the first place. All in all, it’s been relatively ideal, even if having to be very scam-wary made it seem too good to be true at first!

Amongst some of the other people I interviewed, one spoke particularly highly of her landlord: “We know we can depend on him, and he’s been very generous. Helping out fixing stuff, bringing our post to our door, anything we ask.” She knows him through her beautician’s brother in Poland, and attributes her luck with this property (after numerous fruitless searches) to “initial trust based on our common nationality”. Another friend recognises that finding a flat that was ‘love at first sight’ for a reasonable price was a lucky break, and like me, worried that it was a scam at first. He’s even managed to extend his contract, and finds the flat’s proximity to the U-Bahn (underground) to be a great perk. He had no issues with using ‘HousingAnywhere’, but is aware that it’s not an entirely foolproof tool.

At the end of the day, it’s obvious that experiences of finding student housing in Berlin are mixed, and it would be unfair to characterise them all as overwhelmingly troublesome. However, it’s worth noting that many of the positive experiences are, as shown, either matters of complete good fortune or having an extensive personal or cultural network. And that’s without considering the fact that many of the people who have finally found something that fits their requirements have already trudged through numerous ordeals, such as scams, overinflated rent prices, and unreasonable landlords.

It’s regrettable that students are having to experience this inaccessibility given their position as bringers of income, youth, and expertise to Berlin. Luckily, though, most students who do opt to move here know what they’re getting themselves into, and for the most part are at least partially supported by affluent parents or relatives. For some people, however, this financial stability simply doesn’t exist. The student housing crisis in the city is indicative of a wider social and economic problem affecting longstanding Berlin locals, workers, and immigrants alike, and it’s important that this issue continues to garner the attention it deserves.