Berlin After the Latest Attack on Pedestrians: How Useful are Local Safety Measures? 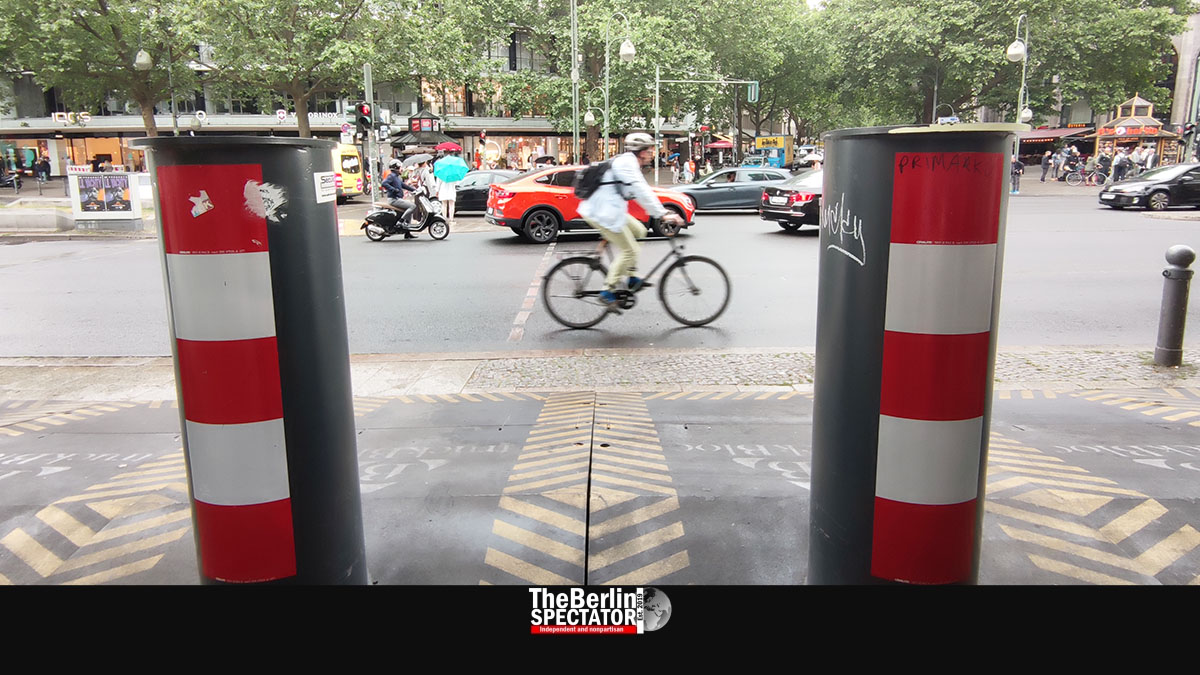 On Wednesday, a psychologically challenged man drove onto a sidewalk in Berlin in his sister’s car. He killed a woman and injured many other pedestrians. Could this attack have been prevented?

Berlin, June 10th, 2022 (The Berlin Spectator) — After the latest attack on pedestrians in Berlin, in which a teacher died and many were injured, the obvious questions are being asked. How safe are we on sidewalks or squares in the German capital? What, if anything, could be done to increase safety? Because Wednesday’s attack happened where it happened, there is another important question: How useful are the safety measures Berlin took right there a few years ago?

A Few Steps Away

A day after the terrible incident, a few Berliners laid flowers on the street, at the intersection of Rankestrasse and Tauentzienstrasse, where the motorist hit his first victims on the sidewalk. More flowers were laid at a traffic light further down the street, a location where the psychologically challenged culprit hit more people, and right next to the Douglas perfume store he crashed into after the attack. The shop was still closed on Thursday afternoon, as repairs were ongoing. The interior was still a mess, a new shop window was not installed yet.

From these three locations, a glance towards Breitscheidplatz square, which is located only a few steps away on the opposite side of the street, will reveal one fact: This kind of attack could not have happened there, neither on the square itself nor on the sidewalk around it. Why? Because the city state of Berlin had anti-terror bollards installed a few years ago, for 2.5 million Euro (2.66 million U.S. Dollars or 2.13 Pounds Sterling).

This was done because of the Islamist terror attack of 2016, in which twelve passers-by were murdered at the famous Christmas market at Breitscheidplatz, along with the driver of the truck the attacker used as a weapon. Since, the square is surrounded by those ugly bollards on one side, and big concrete blocks on the other. Nobody will steer any vehicle, not even a huge truck, into crowds of people at this location ever again, as long as nobody has those safety objects removed.

But, obviously, it can happen at all other locations, including right next to Breitscheidplatz, within sight of those expensive anti-terror bollards. This raises questions about their usefulness and it makes people wonder whether Wednesday’s attack took place where it took place for a reason. Did the challenged motorist pick this spot to show he could do anything he wanted, in spite of those concrete blocks and bollards? Or was it a coincidence? This is an important question, because it could mean that his victims were less safe at this location than they would have been elsewhere.

With 3.8 million inhabitants, Berlin is huge, at least in comparison with all other cities in Germany. Millions of tourists come here every year (unless Corona keeps them away). Berlin has 9,950 streets and squares 9,949 of which are not protected by anti-terror bollards. Crowds gather at many spots. Should the city state of Berlin protect all of them with bollards and concrete blocks? Would this even be feasible? Do those protection measures at Breitscheidplatz make any sense, considering anyone could become a victim of vehicle attacks anywhere else in the city? We do not know.