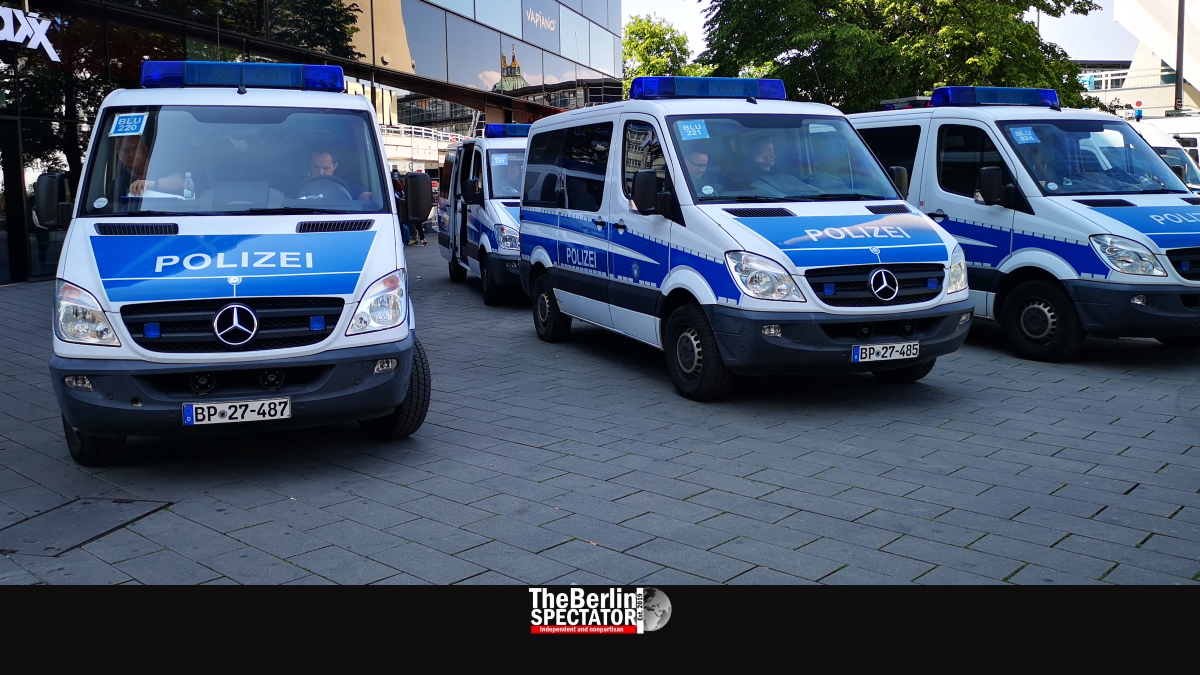 It happened in broad daylight. On Wednesday, two to four gangsters mugged a cash in transit van in front of a Bank in the German capital’s Wilmersdorf borough. Two guards and two bank employees were injured.

Berlin, June 29th, 2022 (The Berlin Spectator) — In the past few years, several bank robberies were registered in Berlin. One or more groups of gangsters seem to be specializing on this kind of crime. Are they clan members? Are they a German gang? What is going on? The authorities do not seem to have the faintest clue.

Up to Four Suspects

At 11:15 a.m. this morning, a cash in transit vehicle stopped in front of a Postbank branch in Uhlandstrasse, located in Berlin’s former Western city center. The guards in the transporter were going to deliver cash to the branch. According to the Berlin Police Department (BPD), they were attacked by “at least two, but possibly three or four suspects”. This kind of wording already shows how much the investigators know at this stage.

In the afternoon, the BPD said the attack had occurred in the bank’s entrance. The gangsters used irritant gas against two guards and two bank employees. Three of the victims were taken to hospitals with slight injuries. Witnesses say the robbers fired several shots. Whom or what they fired at is unclear. After the attack, they fled towards Mecklenburgische Strasse with their prey, in a vehicle with number plates “that were not registered for this car”. Obviously, the robbers were prepared.

The police reacted quickly. At around 3:00 p.m., 90 police officers were still at the crime scene. Presumably, they were collecting evidence and questioning witnesses. Detectives from the State Office of Criminal Investigations took over the case. A drone was used to map the area.

A 39-year old female employee of the cash transport company that owns the truck was among the injured. So was her 49-year-old colleague. The two affected bank employees are 57 years old. All four victims were injured by the irritant gas. The police cordoned off the area around the bank. Uhlandstrasse was blocked between Güntzelstrasse and Berliner Strasse. Of course, the police operation caused traffic congestions.

In Search of Witnesses

Now, the BPD badly needs information. The authority is asking witnesses to provide photos and videos they may have captured. For this purpose, the BPD’s ‘hint portal’ (in German only) can be used.