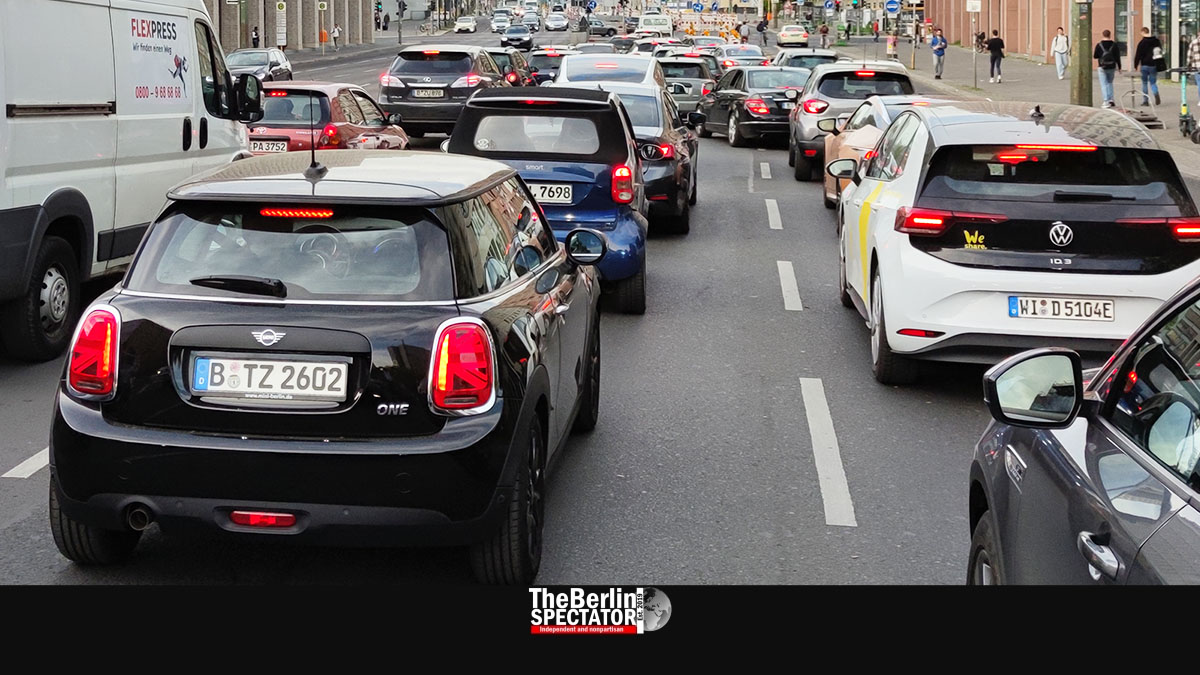 Germany’s fuel prices are on the rise. So is the number of traffic jams in the Federal Republic. The climate crisis requires a sharp decrease of CO2 emissions. Still, Germans are purchasing cars like crazy.

Berlin, September 16th, 2022 (The Berlin Spectator) — Even before Russia launched its war of aggression against Ukraine, the gasoline prices increased. Neither this issue nor other aspects kept the Germans from buying cars. According to the numbers the Federal Office of Statistics just presented, the car density in Germany is continuing to increase. But the number of electric cars is very low.

In Germany, 580 cars per 1,000 inhabitants were counted last year. This is a record. The number of registered cars right now is 48.5 million. Ten years ago, in 2012, it was 42.9 million. Even though people get stuck in traffic jams more and more, and in spite of the ongoing discussion about the climate crisis and the need to get the emissions down, the sky seems to be the limit here.

Many Germans need their cars, especially those who live in villages or small towns, since the public transport system in rural areas is rather bad. In some areas, buses come a few times per day, if at all. A woman who needs to get to work, pick up her kids from school and take them to their karate class just before she goes to the supermarket definitely needs her vehicle, just like her husband who will take the kids home from the class once he leaves his work place.

In large cities, such as Berlin, things are different. But even here many residents, including families, need their cars. The numbers show a big difference. In area states with few cities and lots of rural areas, especially those in the area of former West Germany, the car density is extremely high. In Saarland, it is 658 (cars per 1,000 inhabitants), in Rhineland-Palatinate 632 and in Bavaria 622. In Berlin, on the other hand, it is 337, because of the city state’s big public transport network.

In Germany, more than 6 percent of all households have three or more cars. A bit more than 25 percent have two cars. The number of electric cars is a lot lower than it should be, but it is on the rise. In January of 2022, 1.3 percent of all cars on the country’s roads and streets were electric. A year before, the share was 0.6 percent.