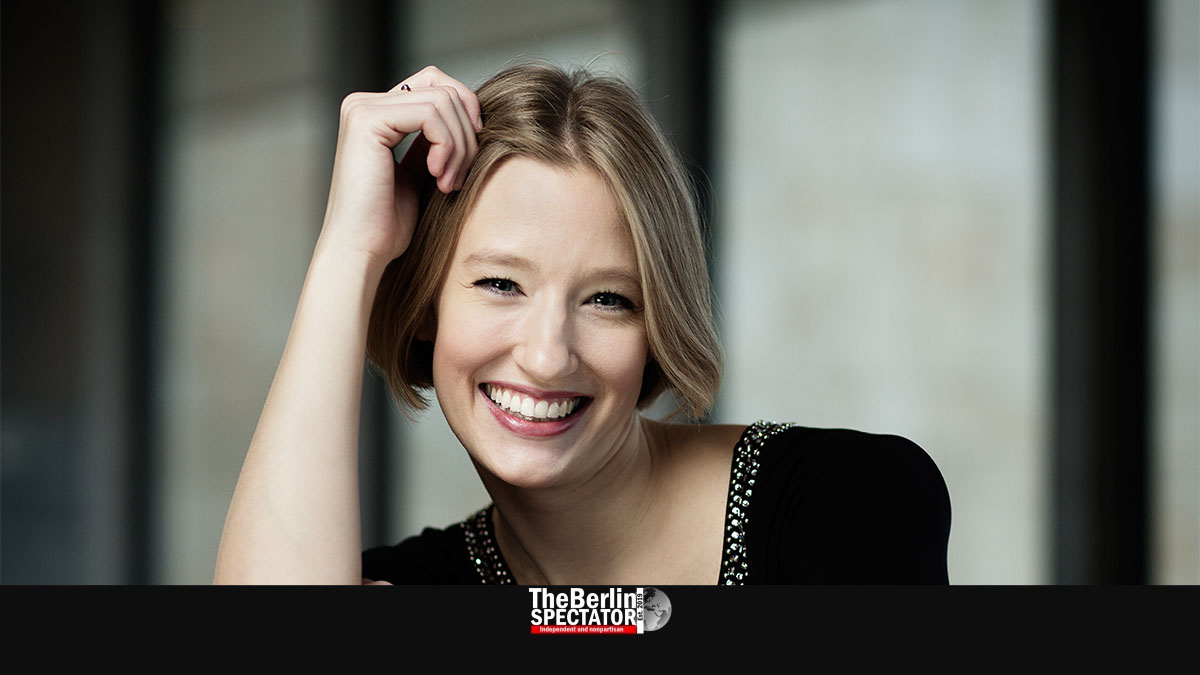 There is a new star among Germany’s conductors. Joana Mallwitz has a busy schedule of conducting everything with everyone. Before she takes over the Konzerthausorchester Berlin as chief conductor, she is scheduled to hit stages with the Mahler Chamber Orchestra.

Berlin, October 5th, 2022 (The Berlin Spectator) — For centuries, the world’s most famous conductors were grizzled males. Recently, the classical music world made a big discovery: There actually is another gender. Women do far more than just playing flutes and violins. For instance, they conduct. Still, Joana Mallwitz will not become the new chief conductor for Berlin’s Konzerthausorchester because she is a woman, but due to the fact that she is one of the best.

As the ‘Süddeutsche Zeitung’ daily accurately said, Joana Mallwitz is an “exceptionally talented conductor”, one who is “able to shape and animate the musical action like a stage designer in sound, from her position in the orchestra pit”. According to the ‘Opernwelt’ magazine, she is “an inquisitive artist who knows how to motivate an orchestra while simultaneously demanding the highest quality.” Getting more praise than the 36-year-old star conductor from Lower Saxony does is hardly possible.

Joana Mallwitz needs a clone or a hologram of herself in order to be able to conduct two or more orchestras at the same time. This is how busy she is. One of her upcoming activities is a series of four concerts in just as many cities in Germany and neighboring Austria with the Mahler Chamber Orchestra. But, will they play Mahler? No. This time, the names Franz Schubert and Benjamin Britten appeared on the playbill.

As a matter of fact, this choice is no coincidence. Joana Mallwitz is a die-hard Schubert lover. According to her, he turned everything into a song. Obviously, Schubert is her Beatles, her Rolling Stones or her Earth, Wind & Fire, so to speak. This time, it is all about Schubert’s Symphonies number 4 and 7. Britten’s Serenade for Tenor, Horn and Strings is the cheese, sandwiched between the two Schubert pieces, which are the bread slices. There is no lettuce or mayo.

These four special concerts will be taking place in Dortmund, Berlin, Vienna and Hamburg, in this order, on November 6th, 7th, 8th and 9th, 2022. This is another clone or hologram moment, since they would save her the anguish of traveling like crazy, from A to B, C and D. Afterwards, Joana Mallwitz is in for two more concert series. By the way: She should probably show up in Nuremberg now and then as well because that is where she is music director at the Staatstheater.

At age 5, learned to play both the violin and the piano. She was still a child prodigy when she became a student at Hanover’s ‘Hochschule für Musik und Theater’ at age 13. This is also where she studied conducting. Later, she performed at countless opera houses and concert venues all over Europe. In 2014, Joana Mallwitz became Europe’s youngest music director at Theater Erfurt. Since 2018, she has had the same position in Nuremberg.

Tickets for the concert in Berlin on November 7th, 2022, at the Berliner Philharmoniker are available here. Links to the other venues this concert series will take place at are available on Joana Mallwitz’ own website.