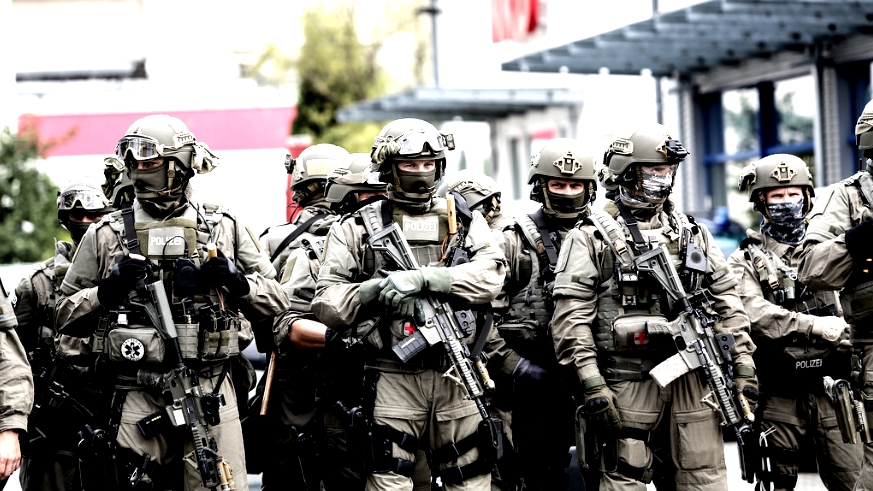 A large-scale police operation against an Arab clan in Berlin has led to four arrests this morning. According to the police and local media, several houses were searched in the German capital’s Kreuzberg, Neukölln and Tiergarten quarters.

During the operation, two elite units of the Federal Police were involved, since the family targeted is considered dangerous, according to the investigators who have been on the case for a long time.

Prosecutors entered the family’s compounds flanked by police officers from the Berlin State Office of Criminal Investigations, units belonging to the Mobile Operation Command as well as the Special Operation Command, and trained police dogs. The prosecution accuses the clan of dealing with cocaine.

By confiscating drugs and other evidence, the German authorities intended to collect more information about how that Arab family runs its alleged organized crime operation. Among other items, an expensive vehicle was confiscated.

According to a police spokesperson, no unexpected incidents took place during the operation, which commenced before 6 a.m..

Members of the Berlin-based clan are also being suspected of a big heist in Berlin. Last year, they supposedly broke into the Bode Museum and stole a huge gold coin worth several million Euro. Traces of DNA and video footage led officers to the clan.

According to the police in Berlin, extortion and arms deals are other crimes the family is suspected of. “These people are very dangerous. And they would do anything for cash.”

This is not the first time German police hit Arab clans in Berlin. For years, a discussion about those families has been going in Germany. They are supposedly ruthless and do not acknowledge the authorities, including the police, social workers or teachers at schools attended by their children.

Money laundering is yet another area the Berlin clans are successful in. In order to wash their drug money, they allegedly purchase real estate and restaurants. Also they are active in Germany’s gambling industry.

In 2017 alone, the police in Berlin has started criminal proceedings against as many as 68 alleged organized crime groups. Apart from the crimes mentioned above, forced prostitution, car theft, break-ins and forgery are on the list.

Generally speaking, the share of young men from the Middle East in German criminal statistics is disproportionately high. Many culprits are supposedly from Lebanon. The authorities say investigations in Arab circles are difficult, time consuming and expensive.

The last large-scale police operation against a Lebanese clan in Berlin’s Neukölln quarter took place in July. Back then, the authorities seized real estate worth 10 million Euro.

Politicians and police in Berlin and elsewhere in Germany know it is not over. Investigations into both Arab and Eastern European organized crime groups are ongoing. More police operations are expected.