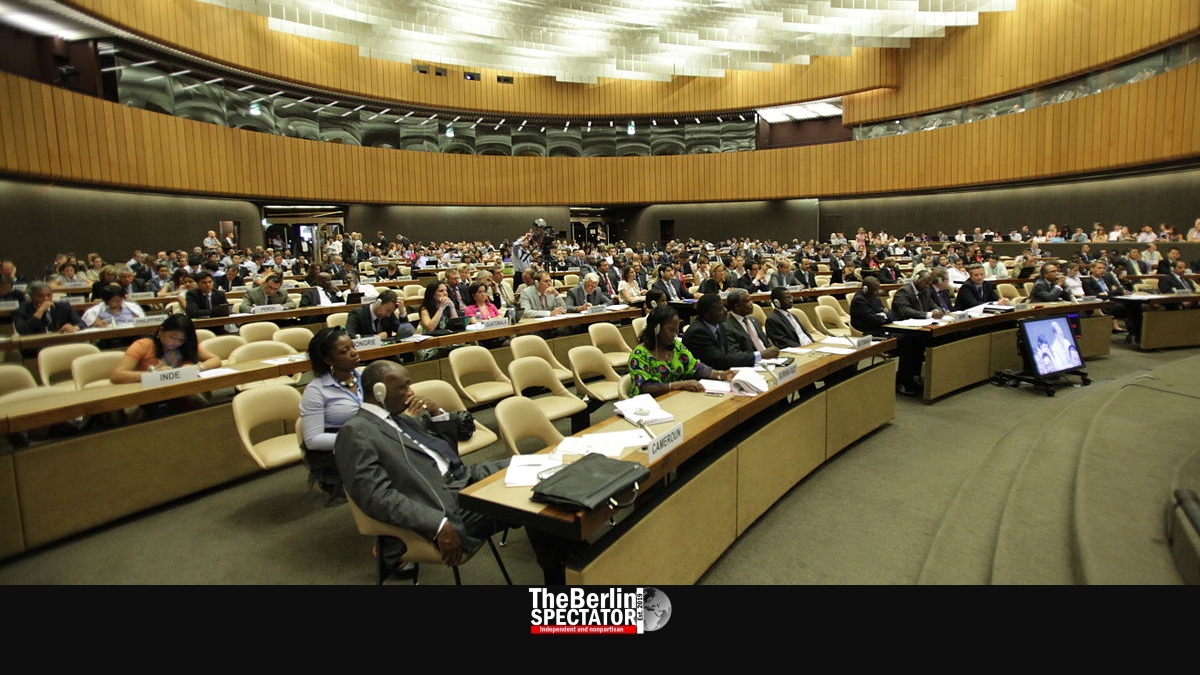 The United Nations Human Rights Council (UNHRC) is planning to launch an unprecedented assault against Israel on March 18th, 2019. On that day, the Jewish state will be singled out for an entire day, according to the Geneva-based NGO U.N. Watch. The organization said Israel would receive “a pariah treatment meted out to no other nation”. A total of seven separate reports alleging Israeli war crimes would be released by the UNHRC.

What U.N. Watch calls “the March 18th assault” would “culminate in five biased resolutions condemning Israel”. The NGO said Iran, North Korea and Syria would get only one resolution each, but there would be none on other repressive regimes, like the ones in Turkey, Zimbabwe, China and Pakistan.

An early version of one of the reports was released at a press conference on Thursday. U.N. Watch said the UNHRC’s commission of inquiry into Israel’s “assault” on “civilian protests” on the Gaza border had accused Israel of “crimes against humanity.” It is not the first time.

Meanwhile, the office of U.N. rights chief Michelle Bachelet launched what the NGO called “a social media blitzkrieg against Israel to support the inquiry’s war crimes allegations, calling into question the commissioners’ independence from the notoriously anti-Israeli Geneva-based staffers”.

The new Gaza inquiry’s report calls on countries around the world to “arrest persons alleged to have committed the international crimes”, in other words, Israeli soldiers and commanders, and to subject them to “individual sanctions” including “a travel ban or an assets freeze.”

Also, the report calls for Michelle Bachelet to “manage the dossiers on the alleged [Israeli] perpetrators,” to be provided to national and international tribunals, “including the International Criminal Court.”

U.N. Watch, which submitted a series of submissions to the inquiry, expressed grave disappointment that these were entirely ignored by the U.N., and released its initial response to the report. The latter gives a free pass to Hamas terrorists, the organization said in a statement.

The UNHCR is known for passing more resolution against Israel than all other countries combined, as well as for distorting the facts, especially when it comes to Israel.

U.N. Watch just announced a protest march in Geneva, which will take place on March 18th, 2019. “We appeal to all supporters of Israel’s right to exist in peace and security to join our rally, featuring distinguished speakers, to oppose the UN’s relentless discrimination against the Jewish state”, a statement read.

Regarding the year-long protests along Israel’s border to Gaza, the Israeli Defense Forces released the results of an in-depth probe last week. It says up to 45,000 Palestinians had taken part every day. According to the findings the protests were not peaceful, but the exact opposite: violent.

The Jerusalem Post reported, during the protests, Gazans had been “burning tires and hurling stones and marbles” as well as throwing grenades and improvised explosive devices, including military-grade explosives, towards Israeli troops.

What Hamas and the UNHRC call “peaceful protests” also included projectiles shot into Israel using high-velocity slingshots, the use of booby-traps along the border, aerial incendiary devices the attacks with which lead to as many as 2,000 separate fires, and other assaults.