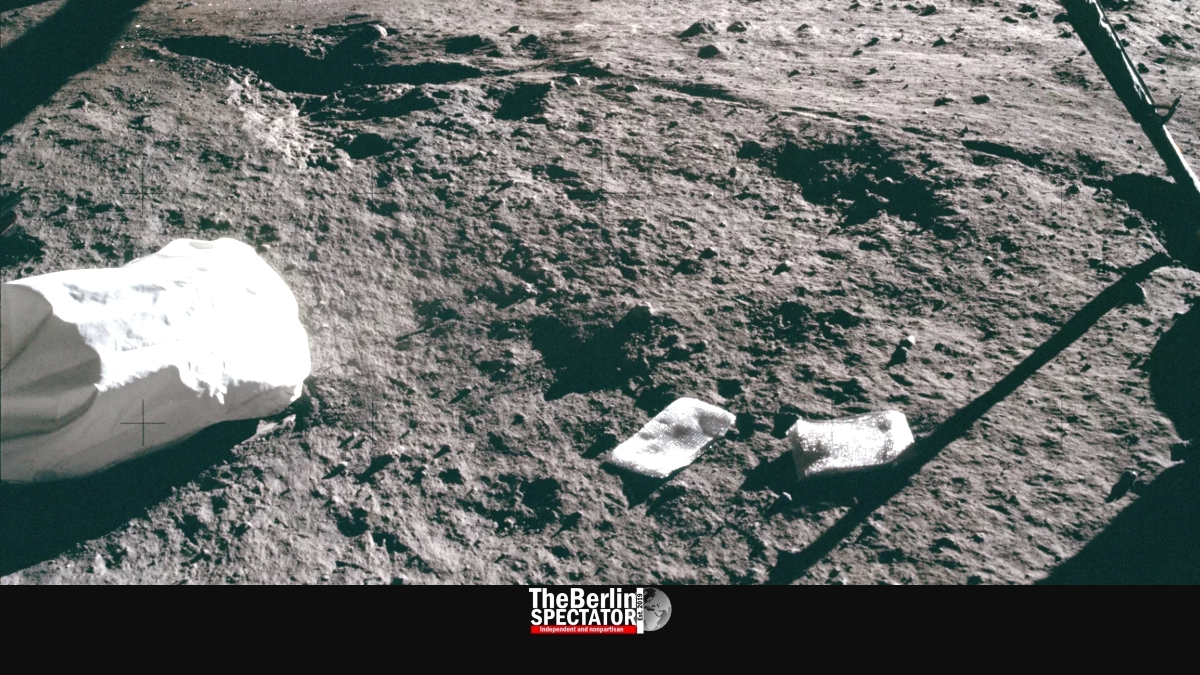 A dozen men have set foot on the Moon. The late Eugene Cernan was the last astronaut to leave the big sphere made out of cheese. He turned off the lights. Let’s hope he also switched off the oven, because nobody has been back there since 1972.

There is talk about finally returning. Elon Musk and his company SpaceX were going to take tourists to the damned Moon towards the end of last year. Well, guess what. Now they are saying it will happen by 2023. Sure. Besides: If those tourists ever get there, they will not walk on the Moon, but stare at it from their flying fish can.

One year ago, U.S. President Donald Trump ordered NASA to make it happen. The space administration might actually win its next Moon race. It wants to use the Moon as some kind of an airport in space, in order to get to Mars.

This means they want passengers to change spaceships at the most boring airport in the universe. It’s all dust up there. No duty free shops, no nothing. “Ladies and gentlemen, please proceed to check-in counter no. 1 for NASA flight number 001 to Mars.” Do I want to know how they intend to solve the toilet issue up there? No!

Let’s hope they will wear seat belts at all times, especially when hitting turbulence caused by strong rocket engines. “Welcome to the Moon. Please remain seated until the captain has switched off the seat belt signs. We wish you a nice stay.”

Sure. A nice stay in the dust, knowing you will be on one of those space ships for six months once it takes off towards Mars. You like the idea? You are already booked? Wonderful. Just don’t litter! Yes, that includes the packaging of your ‘Milky Way’ chocolate bar. Do not throw your banana peels behind the lander either or you will get caught.

“Littering on the Moon will be persecuted and fined. Do not feed the tourists, astronauts, cosmonauts, taikonauts and other characters on the premises. In case of emergency, lit arrows will point the way towards the nearest emergency exit. Do not panic and adhere to orders given to you by our service personnel.”

Bad news: No service personnel, no customs, no bars, no hot dogs either. The Moon will be the gateway to hell in a flying can, reserved for NASA employees.

All of this talk about the Moon. Why? Well, the 50th anniversary of Apollo 11 is approaching and nobody seems to be giving a damn, except for us.

Related column: The Berlin Perspective: A Bunch of White Men on the Moon