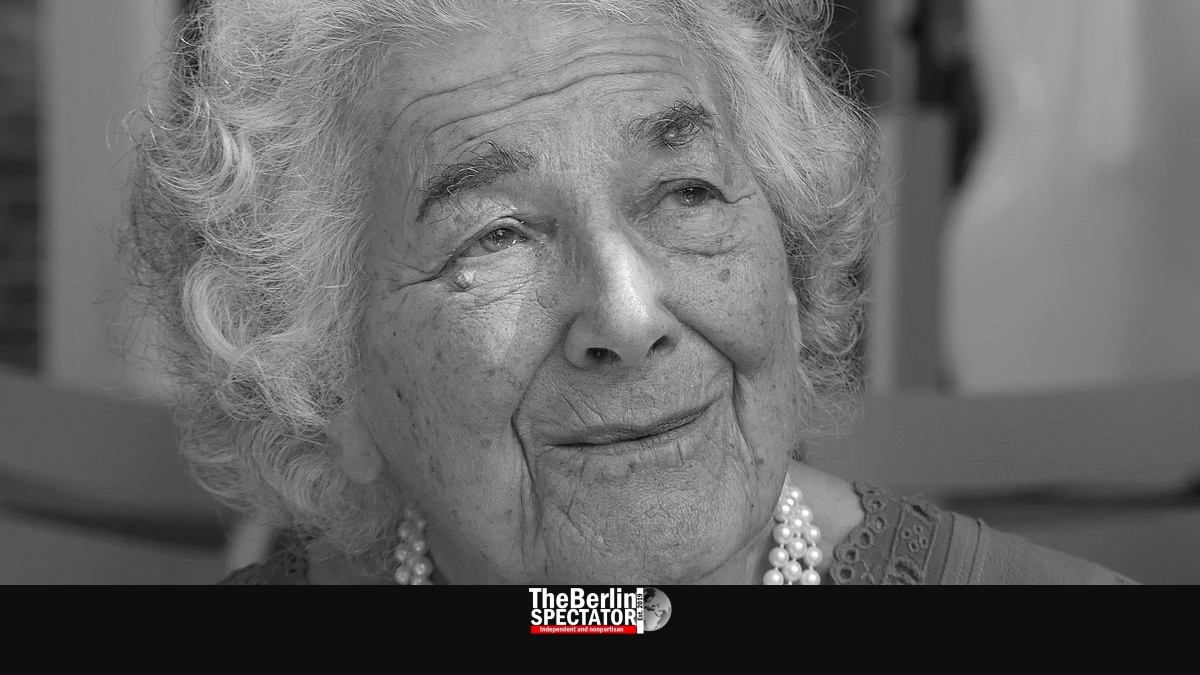 When Judith Kerr was born in Berlin in 1923, the Nazis were 10 years away from taking power. Her family had to get out of Germany when it happened. She was already at an age at which she consciously followed what was going on around her.

Her most famous book ‘When Hitler Stole Pink Rabbit’ and its sequels are impressive autobiographies of that time, when her father Alfred Kerr, a renown theater critic, was in danger of being arrested by the Nazis and the entire family needed to flee.

The one item which meant so much to her, a pink toy rabbit, had to remain in Berlin, but it did make it into the title of her book, which has been (and is still being) read by children and adults all over the world. It contains insights into the Nazi’s sick antisemitism and ideology.

Judith Kerr ended up in Great Britain and held a U.K. passport most of her life. She wrote countless stories and picture stories some of which were not even released in Germany, her birth country. Only two years ago, in 2017, her last book ‘Katinka’s Tail’ hit the book stores. Her 1970 book ‘Mog the Forgetful Cat’ became a successful series.

When Judith Kerr turned 90 in 2013, she was honored with a banquet at Berlin’s ‘Red City Hall’. A primary school in the city’s Schmargendorf quarter carries her name.

After the story of her death broke, Berlin’s Governing Mayor Michael Müller said Judith Kerr’s books were “part of our collective memory”, and this would continue to be the case. The author’s fate would always be connected to her birth city Berlin.

Anna, the main character in her novel ‘When Hitler Stole Pink Rabbit’ “does not only stand for Kerr’s own life story, which was stamped by the ferocity of Nazi Germany and the escape of her family from Berlin”, Müller said during a trip to Japan.

With a lot of empathy and her authorical art, Judith Kerr had made sure later generations had sympathized with her and understood what it meant to grow up in a society which had been stripped of its humaneness, the Mayor stated.

Michael Müller called Kerr’s books a “desperately needed warning for which we are very much indebted to her. Our thoughts are with Judith Kerr’s family and friends.”

Judith Kerr was 95 when she died in London on Wednesday.