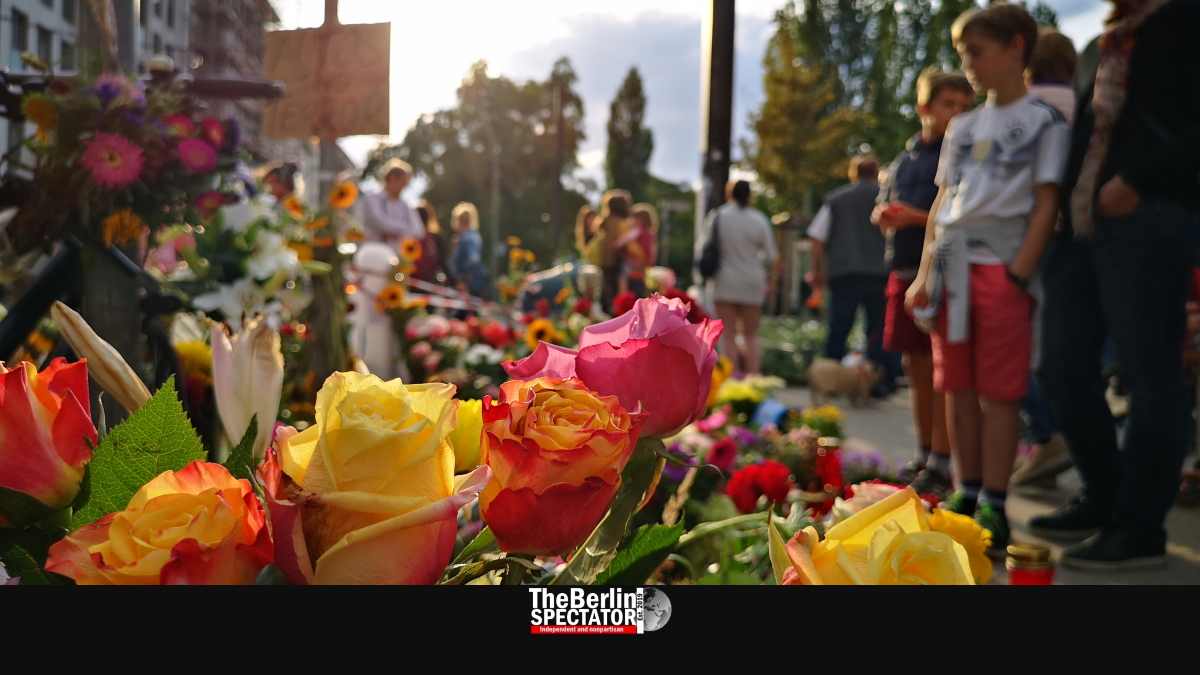 Berliners are mourning the victims of a terrible accident which happened in the center of the German capital on Friday evening. An SUV had raced into pedestrians at the intersection of ‘Invalidenstrasse’ and ‘Ackerstrasse’, killing four of them, including a child.

Berlin residents were shocked this past weekend when they heard about the freak accident in their city’s ‘Mitte’ district. A 42-year-old man somehow lost control over his Porsche Macan SUV on Friday at around 7:00 p.m.. The car crashed into a lamp post and several people on the sidewalk.

A 3-year-old boy was killed instantly, along with his grandmother. Two men in their twenties died on the spot as well. Five individuals were injured. Right after hitting the victims, the vehicle crashed into a construction fence.

Fire fighters who were the first to arrive on site said it had been a horrific scene. The dead and some of the injured had been lying on the sidewalk. Pedestrians who witnessed the accident were in shock and needed to be treated, including the mother of the killed boy and his older brother.

The cause of the accident is not known, so far. But police said they were ruling out a deliberate act. At this stage, investigators believe the driver of the SUV might have had a medical emergency. It might take some time until experts establish what exactly happened and why.

In Berlin, where the number of accident fatalities has decreased substantially since the 1990s, many residents are upset and saddened. Hundreds went to the scene of Friday’s accident, where they left flowers, teddy bears and messages for the victims.

One sign read “Why?”. Another said “Our Momme”, which is the killed boy’s nickname, next to a photo of him wearing a costume. Children who may have known ‘Momme’ left a sign saying “We are very sad. Something needs to change at this intersection.”

On Sunday evening, 48 hours after the deadly accident, some fifty people were standing around the many flowers and messages, which were placed next to and on top of the lamp post the car overturned. Parents showed up with their children and explained to them what had happened. Many Berliners on site took photos of the flowers.

“It Could Have Been Us”

“Ban SUVs. They kill.” This is what it said on some notes someone left at that intersection. A man in his 60s who had come to see the site of the accident said that kind of demand was completely exaggerated. He said according to that kind of logic, trucks, motorbikes and all other vehicles needed to be banned too.

One lady who was looking at all the flowers as well made racist remarks by saying she was convinced the driver had not been German “but some kind of Arab. They drive like crazy.” She said Germans would not even drive along ‘Invalidenstrasse’.

Two men from Russia and Austria were looking at the scene in disbelief. “It could have been us”, one of them said. “We were here 30 minutes after the accident with our supermarket bags.” They said they were very sorry this had happened and their thoughts were with the surviving family members.

The driver of the Porsche sustained head injuries. A 6-year-old girl and an elderly lady, who were in the vehicle, were injured and raced to a hospital too.

In Berlin’s ‘Mitte’ district, the local mayor Stephan von Dassel, a member of the Greens, criticized the fact that “powerful cars” were driving in the center of the city. The German capital’s Senate is working on what it calls a “traffic transition” in which bicycles and pedestrians will have more rights and more room, while the number of cars will supposedly be decreased. First steps were already taken, but this takes time.

Last year, 45 people died in the streets of Berlin. Thirty of them were either pedestrians or bicyclists, the other 15 were in cars. In 1990, 226 people were killed, five times as many. The Berlin Police Directorate wants to get the number down further.

In 2018, there was one accident during which three people died. They were all in the same vehicle. Accidents with the participation of bicycles are being caused by drivers of cars in about half of all cases. The bicyclists themselves are responsible for the other half, statistically speaking.

In January of 2018, there was one accident in particular which caused a lot of sadness and anger as well. Fabien Martini, a lady aged 21, was killed when a police car smashed into her vehicle at high speed. The cop who drove the patrol car was intoxicated.