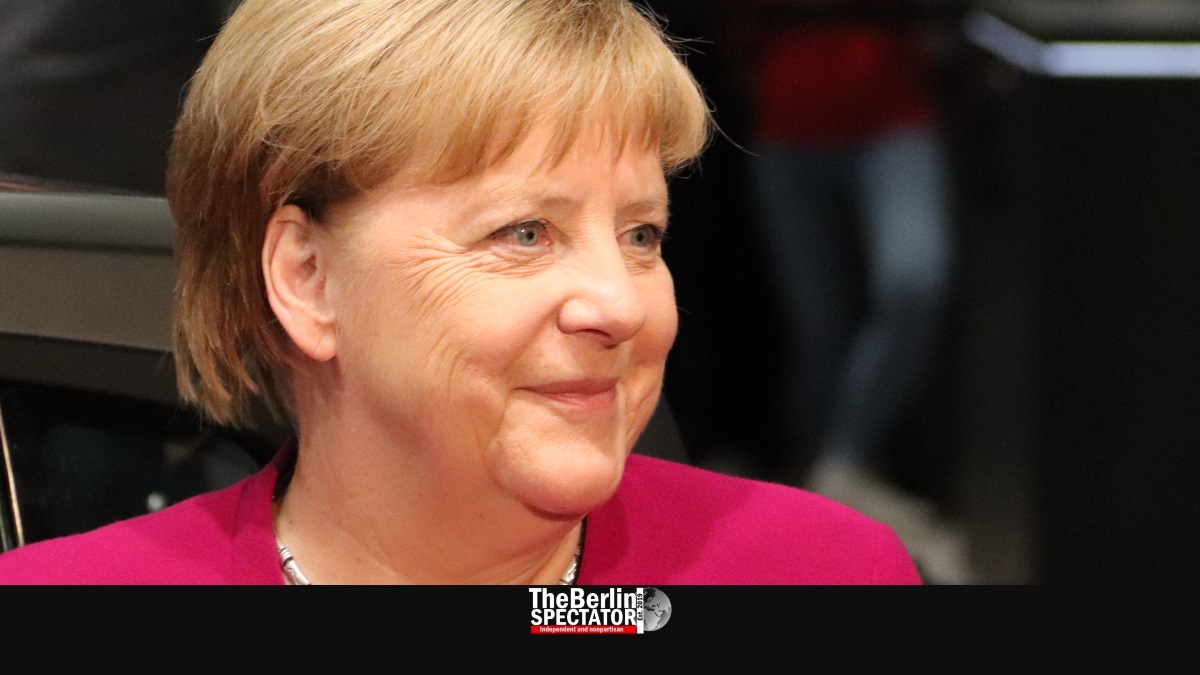 Hundreds of invited guests who attended the opening ceremony for the IAA auto show in Frankfurt today learned that climate protection and individual mobility do not exclude each other. This is what Bernhard Matthes, the President of the German Association of the Automotive Association told them as he opened the IAA in Frankfurt with Angela Merkel.

The German auto industry was committed to the climate goals established in Paris, Matthes said. From the government, he demanded a nationwide ‘5G’ coverage, which is the latest cellular network technology available. It was needed for an interconnection of mobility. Matthes also called for subsidies for electric cars and vehicles with other alternative propulsion systems.

Just as the IAA opened for representatives of the auto industry, the latter was rattled by reports about yet another chapter in the Diesel scandal. Volkswagen, Germany’s largest car maker, supposedly installed faulty software even in modern Euro 6 norm Diesel engines.

The Diesel scandal started to unfold years ago, when reports said VW had programmed Diesel engines to activate their emissions controls only during laboratory emissions testing. In the United States of America, VW has paid a huge fine. As it turned out later, other German car makers were involved in the scandal as well since they followed the same scheme.

Volker Bouffier, the governor (‘Ministerpräsident’) of the federal state of Hesse said at the ceremony, climate protection needed to be guaranteed. This should not be done against the automobile, but with it, he stated. Changes were necessary, but also acceptance.

According to Bouffier, a member of the conservative CDU, just like Merkel, the auto industry’s innovation and growth was important to Germany since it ensured prosperity in future as well. He said the IAA was a “chance for a dialog with the critics of the car.”

John Krafcik, the CEO of Waymo greeted the IAA’s VIP guests by demonstrating his company’s research successes in the area of autonomous driving. He said Waymo had found out that systems which only supported humans while driving were too dangerous. Therefore, the human driver had been taken out of the loop completely in the latest research projects.

Waymo is a self-driving technology development company owned by Alphabet, Google’s parent company, which just built a factory for autonomously driving vehicles in Detroit. As base vehicles, they use the Jaguar I-Pace and a mini van.

Autonomous driving is supposed to decrease the number of the world’s road and street fatalities, which amount to 1.35 million per year, and enable people with handicaps to be mobile as well. One of Waymo’s slogans is “Building the most experienced driver.”

Before Chancellor Merkel looked at some exhibits at the IAA in Frankfurt, she said the German auto industry needed to build trust after the Diesel scandal. She said she appreciated the industry’s investment of 25 billion Euro into research on alternative propulsion systems.

Experiment for the Future

Merkel conceded that decreasing Germany’s CO2 emissions is a challenge. Every time cars had become more efficient, their number had increased. Therefore the CO2 emissions had not changed much since 1990, she said at the motor show, located at ‘Messe Frankfurt’.

In a way, electric cars were an experiment for the future, because the energy they consumed needed to be regenerative to make them clean. At this stage, about 40% of the energy generated in Germany is green. Merkel reiterated that by the year 2030 that share was supposedly increase to 65 percent.

At the IAA opening ceremony, Bernhard Matthes honored Ferdinand Piëch, the former CEO of Volkswagen, who died in August. (Read separate article ‘Ferdinand Piëch: The Man with Gasoline in his Veins‘).

Around a million visitors are expected at the IAA in Frankfurt, which will continue until September 22nd, 2019.

Note: More of our articles about the IAA, and one video report within the article entitled ‘IAA Auto Show Frankfurt: Past and Future Competing’, can be found by following this link.