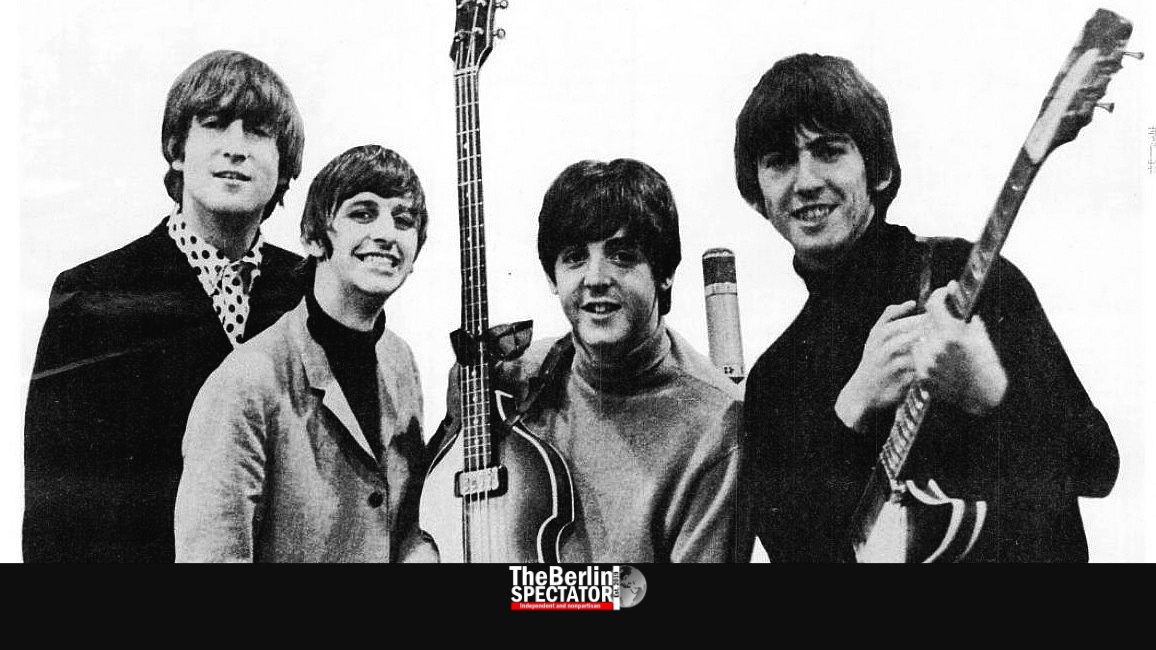 In the summer of 1960, The Beatles performed in Hamburg for the first time. Now, 59 years later, there are no Beatles and there is hardly any commemoration in the city that made them famous. But that is about to change.

It was August 12th, 1960, when some blokes from Liverpool came to Hamburg for the first time. They called themselves The Beatles. According to their booker, they were “not too good.” The Indra club they were supposed to perform at was, and still is, located in ‘Grosse Freiheit’ a small street full of music and striptease clubs in Hamburg’s red light and culture district around ‘Reeperbahn’.

For months in a row, The Beatles gigged the nights away in Hamburg, where they basically learned and improved. At the same time they consumed illegal pills which kept them awake for days without interruption. They slept in hellholes. Scandals surrounded them.

Paul McCartney and Pete Best, the first drummer they had, were arrested in Hamburg, and deported for attempted arson. Another problem was the fact that some of the Beatles were still underage during their first stay. And the girls they were with might have been strippers and prostitutes. In the 1960s, these kinds of encounters did qualify as scandals, just like men with long hair.

‘Twist and Shout’ is one of countless more famous Beatles songs. They played this one in the summer of 1960, along with many tunes which would not make it into their main repertoire later, once they were established. And they changed clubs a few times.

Apart from the Indra, they performed at the former Star Club, which was located at ‘Grosse Freiheit’ too. The same applied to the ‘Kaiserkeller’, a large basement club known as ‘Grosse Freiheit 36’ today. In the past decades, many killer acts, including very funky and jazzy ones, have played at that one. The Beatles stood on its stage decades earlier, when the place was in a terrible state, but crowded anyway.

Ringo Starr was not yet a band member during the first two Hamburg visits. The Beatles’ first bassist Stuart Sutcliffe, who did share those crazy times with them in Hamburg, died in 1962 at age 22. Several years later, when John Lenon, Paul McCarney, George Harrison and Ringo Starr returned as a financially successful band, they had the luxury of single hotel rooms and good catering, instead of a stinking place on the floor, next to the toilets.

Because of their wild Hamburg days, the northern German city had become somewhat ambivalent, at least to George Harrison: “We’d outlived the Hamburg stage and wanted to pack that up”, he was quoted saying. “We hated going back to Hamburg those last two times. We’d had that scene. Brian [Epstein] made us go back to fulfill the contract.”

Late Commemoration for The Beatles

Paul McCartney, who had called Hamburg “the naughtiest city in the world” before, sounded more positive: “Hamburg was certainly a great childhood memory. But I think all things are enhanced by time. It was very exciting, though I think it felt better to me a little later in our career, once we’d started to get a bit of success with the records.”

Many decades later, in 2008, Ole von Beust, Hamburg’s First Mayor at the time, inaugurated ‘Beatles-Platz’ (Beatles Square), a memorial square for the band, located at the intersection of ‘Grosse Freiheit’ and ‘Reeperbahn’. “It is about time that Hamburg commemorated this great group”, von Beust said back then.

Another eleven years later, meaning now, two Hamburgers intend to organize a Beatles festival in their city, which is also the place where it all started. According to the NDR, the Hamburg division of the German ARD radio and TV network, its title will be ‘Come Together – the Hamburg Beatles Experience’. Uriz von Oertzen and Stefanie Hempel are the initiators.

The Beatles festival is supposed to take place from March 27th to 29th, 2020. The organizers want to make it an annual event. Stefanie Hempel is an expert on The Beatles in Hamburg. She has offered ‘Beatles Tours’ at historic sites for 15 years now. Uriz von Oertzen co-initiated the plans for ‘Beatles Square’ some 12 years ago.

During the festival, Beatles songs will supposedly be played at the two remaining original locations, the Indrea Club and ‘Grosse Freiheit 36’, which used to be the ‘Kaiserkeller’. “Original Beatles cover bands”, which is a contradiction, from Liverpool will be there. A ‘Beatles Theme Park’ will reportedly be set up, in order to satisfy the fans.

Whether the two surviving Beatles, Paul McCartney and Ringo Starr, might show up for the festival, or at least one of them, is unclear.

Hamburg’s ‘Beatles Square’ is actually interesting. It was built to look like a giant vinyl record and includes metal statues for John Lennon, Paul McCartney, Stuart Sutcliffe and George Harrison, as well as a ‘hybrid’ of Pete Best and Ringo Starr, the two drummers.

Do you like this article? If yes: Would you consider supporting us? Our donation page can be accessed here. Thank you.