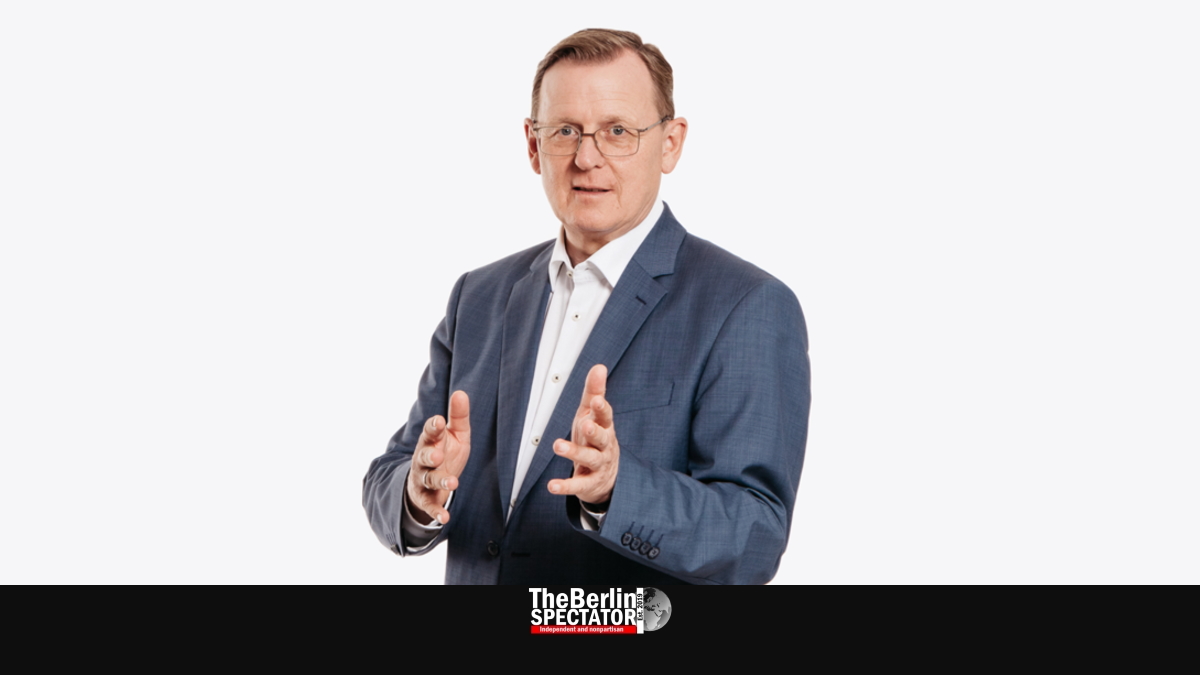 Update October 28th, 2019; 05:45 a.m.: Bodo Ramelow, the Chief Minister (governor) of Thuringia, a federal state in eastern Germany, won important elections today. His party ‘The Left’ got 31 percent of the vote. But forming a government coalition will not be easy.

In Thuringia’s state legislature elections, the extremist far-right ‘AfD’ managed to get 23.4 percent of the vote and came in second. The radicals more than doubled their result from five years ago. The conservative CDU came in third, with 21.8 percent. This is a catastrophic result, also because the CDU used to be the strongest party in Thuringia, for decades, since Germany’s reunification.

The Greens and the Social Democrats, Ramelow’s coalition partners up to now, got 5.2 and 8.2 percent, respectively. The SPD lost a lot, yet again, the Greens a little. And the liberal FDP will enter the ‘Landtag’ in Erfurt. It got the 5 percent it needed. Had the FDP gotten only 5 votes less they would not have made it. The turnout was 64.9 percent. Far more people participated, compared to 2014.

It looks like the three old coalition partners will not be able to govern Thuringia on their own because of the SPD’s losses. Ramelow will have to talk to another kingmaker or go for a minority government. All democratic parties have ruled out any cooperation with the ‘AfD’, and the CDU refuses to work with ‘The Left’. The latter aspect, in connection with the projected election result, makes things difficult in Erfurt.

Bodo Ramelow is the election winner and the loser at the same time. He got his party a big victory, but the coalition he wanted to continue governing with was voted out. Thuringia is not the first eastern German state which needs an unconventional anti-‘AfD’ government coalition. But it is the first one in which very unlikely partners might have to cooperate.

Ramelow himself is an interesting character:

Until today, the main parties in Thuringia had asked residents to go vote. “Getting up, having breakfast, going out to vote”: This was the kind of advice ‘The Left’ had for the 1.7 people who were eligible to take part in the elections. It obviously worked.

Reactions from Erfurt and Berlin

The CDU chose a more conservative approach. “For a homeland worth living in” was one of their slogans on Sunday. On social media, they posted countdown messages for election day. “Three hours until the polling locations close”, they posted at 3 p.m.. The strategy did not help them.

An hour after the polling stations closed, reactions came in. “Thuringia is the winner of the election”, Chief Minister Bodo Ramelow said. It was unfortunate that his two coalition partners were not that strong, in spite of the “good politics” they had worked on. Ramelow stated he wanted to wait for the final election results before commenting on possible constellations.

In Berlin, the SPD’s interim chairlady Malu Dreyer said her party’s result was disappointing. She congratulated Bodo Ramelow and said she was shocked the ‘AfD’ got so much in spite of having an extremist leader like Björn Höcke.

The CDU’s main candidate in Thuringia, Mike Mohring, said in Erfurt, the result was unfortunate for the “democratic center” in the political spectrum. Ramelow’s left-wing coalition had been voted out of office. Now it was time to see what could be done with this election result. Paul Ziemiak, the CDU’s secretary general in Berlin, reiterated his party’s position according to which there would not be any cooperation with ‘The Left’ or the ‘AfD’.