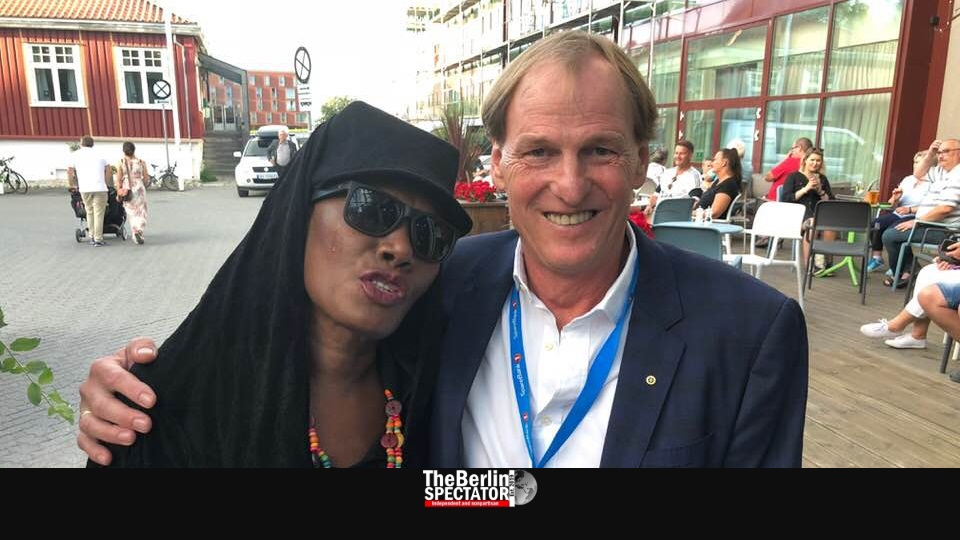 Whoever wants to book big name Soul and Funk bands in Europe, will need to talk to Georg Leitner, in most cases. The concert agent from Vienna and his helpers are behind many the coolest gigs.

In 1977, a teenager from Vienna started organizing concerts for the late British Blues guru Alexis Korner and some Austrian acts. At that point Georg Leitner did not know he would still be doing that same job four decades later, but with a lot more artists. Today, Leitner is ‘Mr. Quality Music’. Countless Soul, R&B, Jazz and World Music artists rely on him and his booking agency Georg Leitner Productions (GLP).

He is the guy who sends bands all over the place. And he needs to make sure his artists are happy when they tour Europe and perform on stage. But it does not end there. What happens behind the stage is even more important, because happy artists will deliver good gigs. That is the ground rule.

Georg Leitner is 59 years old, married and a father of two. He does not need to be at every gig he organizes anymore. A task of this kind would force him to clone himself twice, since Leitner and his team book up to 1000 concerts per year, or three per day. Imanuel Marcus caught him between two gigs.

The Berlin Spectator: More than 200 legendary artists and bands are assembled in one place, which is the roster of your booking agency GLP. They include absolutely everyone: Angie Stone, Al McKay, Chaka Khan, Gloria Gaynor, Grace Jones, Imagination, The Real Thing, the Isley Brothers, Kool & The Gang, Christopher Cross, Roger Hodgson, Roy Ayers and many more. It’s like the phone book of Los Angeles. How come you book all of the brilliant ones?

Georg Leitner: In the early 1980-s, I was lucky enough to become James Brown’s booking agent for Europe. His manager Jack Bart, who also was my mentor, made this possible. Because of James Brown, more and more R&B artists like Ray Charles, The Temptation or Kool & The Gang joined GLP. We didn’t only offer booking services to them, but marketing as well.

The Berlin Spectator: Let’s look at your Pop and Rock department for a moment. Foreigner are part of it. So is Bob Geldorf with his Boomtown Rats who don’t really like Mondays, Roger Hodgson, the voice of Supertramp and even Nina Hagen. How is she and what is she up to?

Georg Leitner: We have been working with her since 1996. In those 22 years, she went through different phases while playing Punk, Indian sounds, Big Band jams, even Gospel. Now we are successfully booking her with her program ‘Nina Hagen Rocks to Brecht’. With her, we even sold out the Lyon Opera House. For ten years now, we have been working with Foreigner. In Switzerland, we recorded them with the 21st Century Symphony Orchestra and a 50-piece choir last year. And we booked their symphonic shows this summer.

The Berlin Spectator: Also you cooperate with all of these Soul and Jazz artists. One of them is the living legend Grace Jones. You toured with her this summer. Is she a real diva? Are those tours challenging?

Georg Leitner: Grace Jones and many other geniuses have needs and wishes. They give 100 percent on stage, and it is our job to make sure everyone respects them, including promoters and transport providers. They are supposed to give 100 percent as well. And yes, we run into difficult situations when the local conditions don’t do them justice. For example, Grace Jones loves ‘Röder Crystal’ champagne. When a local promoter does not provide it, she sees it as a lack of respect. We tell them about the artist’s wishes, in order to make sure the atmosphere behind the stage is good as well.

Diversification in all Genres

The Berlin Spectator: You work with many artists who deliver high quality music, as opposed to many new bands today. Does quality even have a place in today’s music world?

Georg Leitner: There have always been musicians who deliver quality, but also one-hit wonders, and musicians who intend to catch a wave. We mainly concentrate on artists, also younger ones, who have delivered good music for years. Many of those are part of the market even today. For example, we work with ‘!Deladap’ who hit the stages with different cultural elements and electronic sounds while recording those as well, just like Parov Stellar. We are also very active in the Afro Beat genre. One of our agents, Isabelle Messer, is based in Nairobi right now.

The Berlin Spectator: Do you believe the times in which good music was more important than pretty faces or big breasts will return? Or will things be worse?

Georg Leitner: I expect a stronger diversification in all genres, also because the way music is being consumed has changed.

The Berlin Spectator: You tour a lot. You probably meet yourself at airport lounges and you are probably the problem solver in chief, right? Could you give us an example for a typical problem on tour? How did you resolve the issue?

Georg Leitner: We have a great team which includes very experienced tour managers, and we have great people at the GLP office. All of them were trained very well, and they will find solutions to problems such as cancelled flights, lost equipment or instruments, and similar issues. We do this every day. But when I started, decades ago, there were challenges which had to be mastered. One issue hit me when I toured tourist resorts with James Brown in the Mediterranean, such as Kos, Sicily, Ibiza and similar sports. James Brown wanted to fly home after the first gig, because there were no ‘Presidential Suites’ in those tourist hotels. In the evening, my tour manager and I sat down to make plates saying ‘Presidential Suite’. We told the hotels to combine two rooms and tell him “This is the key for the ‘Presidential Suite’.” At each hotel, one of us always rushed upstairs ahead of the travel party, in order to install one of those plates next to the door of James Brown’s room. He was satisfied.

The Berlin Spectator: Good one! There are more and more tribute bands which contain the word ‘experience’, such as the Earth, Wind & Fire Experience by the Al McKay Allstars. Al McKay of course played with Earth, Wind & Fire during their best times. Now you book the Dire Straits Experience. What kind of act is that?

Georg Leitner: Chris White played with Dire Straits. He can project the Dire Straits feeling into his audiences, because of his first-hand experience. Dire Straits do not exist anymore, but the Dire Straits Experience featuring Christ White is as close as it gets. With them, we sell out mid-sized halls all over the place.

The Berlin Spectator: You have experienced (there it is again!) thousands of concerts, most of which you booked yourself. Which of all of those gigs has fascinated you most?

Georg Leitner: As a 12-year-old, I experienced Led Zeppelin. At that point I started feeling I wanted to contribute to the music scene somehow. By the way: In 2007 there was a Led Zeppelin reunion gig at the O2 in London. Our drummer with Foreigner was Jason Bonham, John Bonham’s son. For contributing Jason Bonham for the Led Zeppelin gig they added Foreigner to that night’s lineup. It was an overwhelming experience to me, since that night my dream sort of came true.

Tesla to Erect ‘Gigafactory’ in Vicinity of Berlin