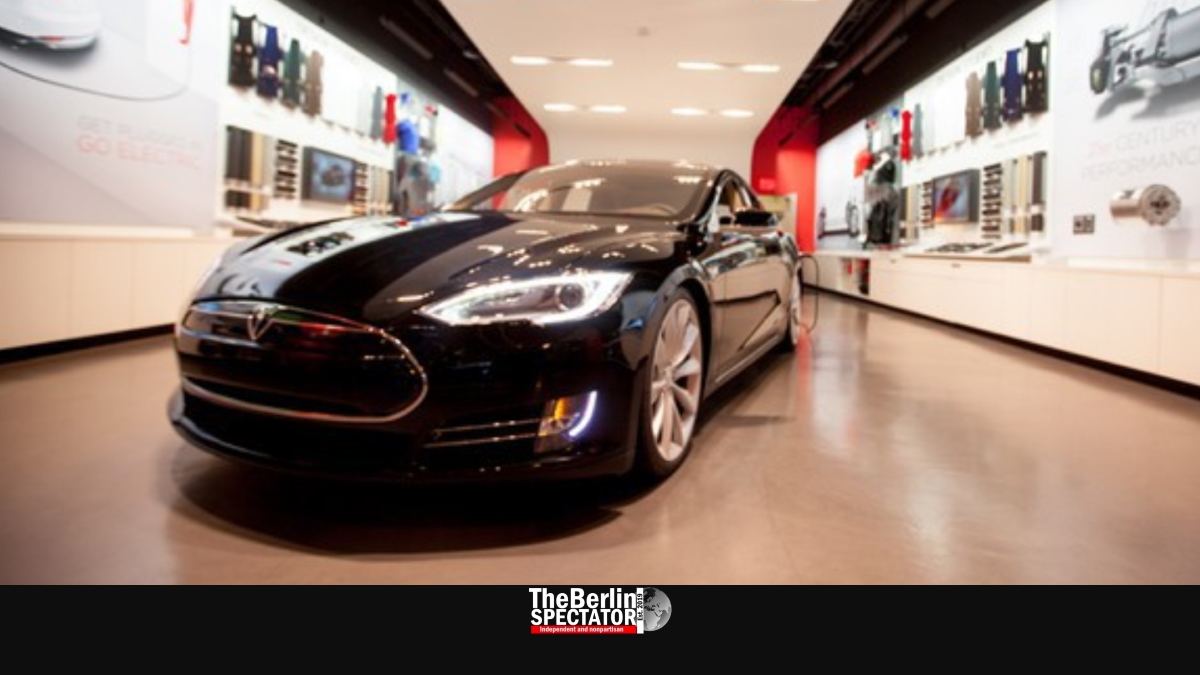 Tesla’s intention to build a ‘Gigafactory’ in Brandenburg has lead to a lot of excitement among residents and politicians. Many are hoping Tesla will not retract its plans. Some fear environmentalists might thwart the project.

‘Grünheide’ is a green place in Brandenburg province, just outside Berlin, with 8000 inhabitants. But because of the affordable housing crisis in Berlin, that number is increasing. Countless lakes make the entire area a great place for hiking or weekend picnics in spring. Residents who have lived there all their lives probably address the ducks on those ponds by their first names.

Commuters in ‘Grünheide’ have no problem getting into Berlin. There is a regional train which takes them to ‘Friedrichstrasse’ station in the heart of Berlin every 30 minutes, at least on weekdays. The nature reserve ‘Löcknitztal’ is just a mile or two away. Soon, many more people might populate ‘Grünheide’, once and if Tesla makes landfall with its so-called ‘Gigafactory’.

Marie and Friedemann Roth (name changed) from ‘Grünheide’ love nature. At an event at Berlin’s Botanical Garden on Friday, they told The Berlin Spectator Brandenburg’s Economy Minister, Jörg Steinbach, had come to ‘Grünheide’ where he had told residents the probability for the implementation of Tesla’s plans on site was anywhere between 20 and 50 percent, at this stage.

For now, studies needed to be conducted, permissions and other documents had to be dealt with before any construction could commence, Steinbach had told them, the couple said. The Roths also stated there were environmentalists who opposed the erection of a Tesla factory anywhere near ‘Grünheide’. They hoped those individuals would not succeed in stopping the plans.

Germany’s federal state of Brandenburg does not intend to just sit there and wait for things to happen. If there is anything those responsible in Potsdam, the province’s capital, do not want it is delays caused by bureaucracy. That is why Brandenburg’s Chief Minister Dietmar Woidke just announced a Tesla task force.

He wants to make sure Tesla and its planners have reference people they can talk to at the relevant ministries and other authorities. As early as next week, on Friday, the task force is supposed to be ready to rumble. The pace Brandenburg wants to get things done at, in this regard, is comparable to that of a Tesla Model S at full throttle.

Germany is not exactly known for a country in which permissions are being given out quickly and projects like factories will be completed in no time. It is rather the opposite. Complicated regulations may have their advantages in some ways, but they do slow down businesses. But Brandenburg will try to accelerate things. This is too important to the federal state. Woidke’s government in Potsdam does not want to fail.

Woidke, a Social Democrat who is about to head a new government coalition with the conservative CDU and the Greens, said he was now hoping for approvable documents from Tesla. Once the bureaucracy is out of the way, the construction of the ‘Megafactory’ could start during the first three months of 2020. A year later, the first vehicle could be coming off the assembly belt.

Another Tesla ‘Gigafactory’, the one in Shanghai, took six months to build. In ‘Grünheide’ twice as much time should be enough. At least this is what Brandenburg assumes. Minister Steinbach is optimistic. “If we really manage to make sure the first car comes out of there during the first six months of 2021, this will be proof the administration of Brandenburg is flexible”, he said. He hoped this would be a signal to other companies too.

‘Gigafactories’ are Tesla factories which produce both batteries and vehicles. In ‘Grünheide’, the new Tesla Model Y will be made, along with the batteries it needs. Some media reported, the Model 3 for the European market would be manufactured here too. At first, 3000 jobs will be created. Later, another 7000 might follow.

Berlin is proud that Tesla chose to erect its factory in its region. Brandenburg concedes that neighboring Berlin’s dynamic environment may have something to do with Tesla’s decision, but insists that this is a Brandenburg project. Earlier this week, Berlin’s Governing Mayor Michael Müller had welcomed Tesla’s choice.

Berlin reportedly did communicate with Tesla about its European plans. But the crowded city state did not seem to have as much room as Tesla needs for its factory. Once the ‘Gigafactory’ is ready to go, Tesla will be the only major car manufacturer with a factory in the Berlin Brandenburg area.